Description: After the Battle of Uhud many examples of how to be a better Muslim became clear.  God taught the believers leadership skills and explained His power over all things.

"It is out of God’s mercy that you have been lenient with them.  Had you been rough, hard-hearted, they would surely have scattered away from you.  So pardon them, and pray for their forgiveness, and take counsel from them in matters of importance.  And when you are resolved on a course of action, place your trust in God; surely God loves those who put their trust (in Him).  If God helps you none shall prevail over you; if He forsakes you then who can help you? It is in God that the believers should put their trust." (Quran 3:159-160) 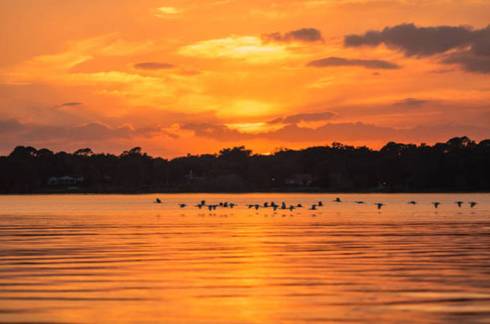 Chapter 3, The Family of Imran, is a 200-verse chapter revealed in Medina.  The chapters revealed in Medina were primarily concerned with building a strong, stable Muslim community.  It is concerned with choice; the choice between right and wrong, and the concept of Muslims being chosen to bear great responsibility.  Earlier in the chapter, which consists of four main discourses, the Muslims were taught how to deal with victory and just before these two essential verses the Muslims were taught, as a consequence of the Battle of Uhud, how to deal with loss.

In this part of chapter 3 we read commentary on the Battle of Uhud including how events developed prior to and during the battle.  Verse 159 is addressed to Prophet Muhammad, may the mercy and blessings of God be upon him, and some scholars have suggested that this verse alone is a mini-seminar on the qualities of leadership.  As we know the Battle of Uhud had a disappointing outcome.  It was a defeat coming soon after a major victory.  After consulting his companions Prophet Muhammad and the Muslims found themselves in a situation they were not expecting and were not prepared for.

Even after being given explicit instructions the companions made unwise decisions culminating in the defeat of the Muslims.  Many of them abandoned their positions and others fled the battle scene.  Even when their leader was calling to them, many in their shock and distress, refused to even turn around let alone turn back.  In this situation you would expect that Prophet Muhammad would not be lenient.  He would have been disappointed and ready to take them to task over their behavior.  However this was not to be the case.

Before Prophet Muhammad had a chance to gather his men and his thoughts, and as he was preparing to address his men God indicated that He needed to address Prophet Muhammad first.  Verse 159 discusses the result of God’s address to Prophet Muhammad.  It was because of God’s incredible mercy that Prophet Muhammad was lenient towards his men.  He was not angry and did not make them feel bad about their monumental mistakes, instead he followed God’s instructions and spoke to them with gentleness.

This is the same gentleness that Prophet Moses was instructed to use with Pharaoh.  This type of mildness and mercy is a special favour from God.  When Prophet Muhammad was not angry it was a representation of God’s mercy; he was merciful in God’s name.  God tells Prophet Muhammad that if he had dealt with them angrily they would have turned away.  It would have been in such a definitive way that they may not have ever come back.  This is an example of one of the most important qualities of leadership, mercy.  It is mercy that holds a group together especially in a critical situation.

Prophet Muhammad was asked not only to deal with his men gently but to pardon them; and then to ask God for their forgiveness, following that up with consulting them on matters of importance.  This is certainly not the way we would expect a leader to deal with his men after having gone through this harrowing ordeal.  The reality is that Prophet Muhammad does not need to consult with his companions.  His message and his life are directed by God.  However another good leadership skill is to make your followers feel needed and included.  When he consults them in decision-making and really listens to their opinions they begin to feel as if they are a necessary part of a team.

After the Battle of Uhud the Muslims felt as if they had let their leader down.  Many were ashamed and others felt that because they had disappointed Prophet Muhammad he would now be distant from them and they could never really atone for their behavior.  God advised Prophet Muhammad that forgiving them and consulting them would remove these feelings from their hearts.  This sort of behaviour establishes the principles of good manners, high morals, forgiveness and generosity.

Lastly we learn that after all the consultation and discussion a good leader will make a decision.  The decision will be decided upon but ultimately the success or failure will be in the hands of God.  He is the one who decides all matters.  Thus as believers we must make our decisions and follow through on them to the best of our ability while putting our trust in God.  Turning back and changing our minds are neither good leadership skills nor are they good life skills.  God loves those who put their trust in Him.  And in verse 160 God extrapolates on this when He says that with His help nothing can overcome a believer but without His Help there is nothing that can help a believer.

The person who understands this has grasped the central principle of divine destiny.  All matters begin with God and everything will return to Him.  It is His will that determines all events.  If God gives you victory no one can overcome you but if He abandons you there is nothing that can help you.  The defeat at Uhud taught the believers a big lesson in life.  Victory comes only from God.  Relying on God and trusting Him completely is a distinctive quality of a believer.  A Muslim does not seek anything from any source other than God.  He relies totally on God to bring about the best results according to His knowledge and wisdom.