Description: The believers will be tested, characteristics of righteousness are explained, and God begins to set down rules. 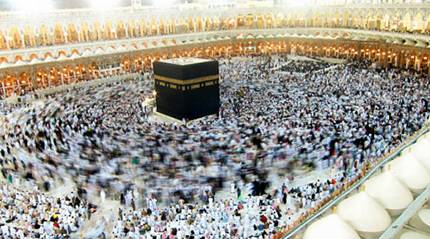 You will be tested with fear, famine and losses, but bear it patiently to find blessings from God. The hills in the sacred mosque in Mecca, Safa and Marwah, are two of God’s signs, so perform the major and minor pilgrimage rites. Walk between the hills without fear. God rejects those who hide truth and guidance unless they repent. Hell is for the disbelievers. There is only One God and there is no deity worthy of worship except Him. God’s creation of the universe with all its wonders is a sign for people who think. However, some still worship other than God. If only they could see their false gods on the Day of Judgement disowning and distancing themselves from their followers. They will ask for one last chance, but God will show them the fruits of their actions and they will feel bitter regret.

Oh humankind. Eat from what is lawful and good, and do not follow your enemy Satan. He leads to evil and immorality and encourages you to speak about God without wisdom or knowledge. When asked to follow God they refuse and say that they will follow what their forefathers did.  This makes no sense. Calling to disbelievers is like calling to the deaf, dumb and blind. They are incapable of understanding. Eat from the good and lawful things provided and give thanks to God. Do not eat dead meat, blood, pig meat, or meat that has been slaughtered in the name of something other than God. If you are compelled to do so out of necessity it is not a sin.

Those who conceal part of God’s Book or sell His revelations for material gain will only consume fire and on the Day of Judgment God will not speak to them. They exchange guidance for error and forgiveness for torment. God has sent the Book but some still try to deviate. Turning your faces one way or the other is not righteousness. True righteousness is to believe in God, the Day of Judgment, the angels, the scriptures and the prophets. The righteous person gives in charity, despite the fact that they love their wealth and riches. And they give to relatives, orphans, the needy, the travellers, to the destitute, and to free those in bondage. They establish the prayer, pay the obligatory charity, keep their promises and are steadfast in misfortune. They are truthful and pious.

O you who believe. Fair retribution is prescribed in cases of murder; the murderer will be put to death and no one else in his place. If the culprit is pardoned be fair and pay what is due. This process is a mercy from God. Exceeding the limits will result in a painful punishment. When death approaches a bequest for parents and near relatives is incumbent upon you.[1]  If a bequest is changed it is a sin on the one who changes it, but there is no blame on one who suspects an error and brings about a settlement.

The Quran was revealed in Ramadan, a book to guide all of mankind. Fast in this month, but if you are ill or on a journey, then you should make up the lost days later. God does not want you to undergo hardship but He does want you to glorify Him and show gratefulness. God is near and responds to those who call Him. Therefore be obedient and put your trust in God.

It is permissible to have sexual relations with your lawful partners the night before fasting. You are like clothing for each other. God knows it was difficult for you to abstain so He made this easy for you. Eat and drink until the white thread of dawn becomes distinct from the black thread of night, then fast until nightfall. Do not have sexual relations during your retreat in the mosques in the last ten days of Ramadan. Do not overstep the set limits.

Do not consume one another’s wealth unjustly or in bribery. When they ask about the crescent moons say that they are to determine periods of time and the time of the pilgrimage. Do not enter houses from the back doors; enter through the proper doors and fear God.

Fight those who fight you but do not transgress the boundaries.[2] Kill them wherever you encounter them and drive them out of the places from which they drove you. Killing is bad but creating mischief is worse.  Fight until there is no more disorder and God’s religion reigns supreme. If they cease hostilities then stop and do not fight again unless they transgress the boundaries. Fighting in the sacred month is forbidden but if anyone commits aggression against you it is permissible to retaliate.

Complete the pilgrimages, taking care to follow the rules set out by God. The major pilgrimage Hajj is in the well-known months and those who undertake it must refrain from sexual relations, obscene language, and fighting or bickering. Take provisions but piety is the best provision. There is no harm in doing business. When you return from Arafah stop at Muzdalifah and then depart from the place where all the people depart. And after fulfilling your duties remember God more passionately than how you used to remember your forefathers before Islam.

Among the people there are some hypocrites who impress you with their views and call upon God to witness what is in their hearts, but when away from you they causes mischief and destruction, and do not take heed when told to fear God. Hell will be their abode. On the other hand, there are some who give their lives to seek God’s pleasure. God is affectionate to his devotees. O believers embrace Islam completely and do not follow in the footsteps of Satan, your avowed enemy. If you deviate after clear proofs have come to you, then know that no one can escape His punishment or defeat Him. Are they expecting God to come down? All matters will be presented to Him.

Ask the Jews about the clear cut signs they were given. Anyone who changes God’s revelations should understand that God’s retribution will be severe. The life of this world is charming to the disbelievers but those who fear God will rank above them on the Day of Judgement. God gives provision to whom He wills without limit.

[1] This injunction was later abrogated when God legislated fixed shares of the inheritance for rightful recipients.

[2] Verse 190 was the first verse revealed about Jihad and was supplemented by Chapter 9:36.

Alhamdulilah, the brief summary of Quran is so well versed and understandable. Thank you for posting it and many will benefit from this. May Allah SWT bless you with the best of everything!! Jazak Allah Khairan love you for the Allah SWT.

Alhumdulillah, just went through Surah Al Baqara , translated in a simple and understandable manner. It conveys the message clearly The small headings are very helpful that what the ayahs speak about

It's good...may be available in other languages