Description: Is belief in God the only rational foundation for objective morality?  Part 2: Response to Euthyphro’s dilemma and some alternative explanations given by atheists for moral objectivity. 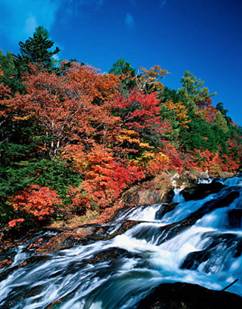 Many atheists respond to the above argument from morality by citing Plato’s dilemma or Euthyphro’s dilemma. It goes like this: Is something morally good because God commands it, or does God command it because it is morally good?

This dilemma poses a problem for theists who believe in an All-Powerful God because it requires them to believe in one of two things: either morality is defined by God’s commands or morality is external to His commands. If morality is based on God’s commands, what is good or evil is arbitrary. If this is the case, there is nothing we as humans should necessarily recognise as objectively evil. This would imply that there is nothing intrinsically wrong with, say, killing innocent children—just that God puts the ‘evil’ label on it arbitrarily. The other horn of the dilemma implies that some sort of a moral standard is completely outside and independent of God’s essence and nature, and even God is obligated to live by this standard. However, that would be clearly undesirable for the theist, since it would make him admit that God is not All-Powerful or independent after all; rather, He has to rely on a standard external to Himself.

This intuitively sounds like a valid contention. However, a little reflection exposes it as a false dilemma. The reason is due to a third possibility: God is good. Professor of Philosophy Shabbir Akhtar, in his book The Qur’an and the Secular Mind, explains:

"There is a third alternative: a morally stable God of the kind found in scripture, a supreme being who would not arbitrarily change his mind about the goodness of compassion and the evil of sexual misconduct. Such a God always commands good because his character and nature are good."[1]

What Professor Akhtar is saying is that there is indeed a moral standard, but unlike what the second horn of the dilemma suggests, it is not external to God. Rather, it follows necessarily from God’s nature. As previously discussed, Muslims, and theists in general, believe that God is necessarily and perfectly good. As such, His nature contains within it the perfect, non-arbitrary, moral standard. This means that an individual’s actions—for example, the killing of innocents—is not arbitrarily bad, because it follows from an objective, necessary, moral standard. On the other hand, it does not mean God is somehow subservient to this standard because it is contained in His essence. It defines His nature; it is not in any way external to Him.

An atheist’s natural response would be "You must know what good is to define God as good, and therefore you haven’t solved the problem". The simple reply would be that God defines what good is. He is the only Being worthy of worship because He is the most perfect and moral Being. The Qur’an affirms these points:

"And your god is one God. There is no deity [worthy of worship] except Him, the Entirely Merciful, the Especially Merciful." (Quran 2:163)

In summary, moral truths are ultimately derivatives of God’s will expressed via His commands, and His commands do not contradict His nature, which is perfectly good, wise, pure and perfect.

Are there any alternative foundations for objective morals?

Many atheists argue that there are alternative explanations to answer why some morals are objective. Some of the most popular alternatives include biology, social pressure, and moral realism.

Can biology explain our sense of objective morality? The simple answer is no. Charles Darwin provides us with an interesting ‘extreme example’ of what happens when biology or natural selection forms the foundation of morality. He argues that if we were the result of a different set of biological conditions, then what we consider morally objective could be totally different: "If men were reared under precisely the same conditions as hive-bees, there can hardly be a doubt that our un-married females would, like the worker-bees, think it a sacred duty to kill their brothers, and mothers would strive to kill their fertile daughters, and no one would think of interfering."[2]

In other words, if morals are contingent on biological changes, it would render morals subject to these changes; therefore they cannot be objective. Extending Darwin’s example, if we happened to be reared under the same conditions as the nurse shark, we would think it acceptable to rape our partner, as the nurse shark wrestles with its mate.[3]  Some respond by asserting that it is specifically natural selection that forms the basis for our sense of objective morality. Again, this is false. Conceptually, all that natural selection can do is give us the ability to formulate moral rules to help us survive and reproduce. As the moral philosopher Philip Kitcher writes, "All that natural selection may have done for us is to equip us with the capacity for various social arrangements and the capacity to formulate ethical rules."[4]

Maintaining that biology provides a basis for morality removes any meaning we attach to morals. Morals become meaningless, as they are just a result of non-rational and non-conscious biological changes. However, the fact that morality comes from Divine commands gives morals meaning, because being moral would be responding to these commands. In other words, we have moral duties, and these are owed to God. You cannot owe anything to a collection of molecules.

The second alternative is social pressure or consensus. This, I believe, is where a lot of atheists and humanists face some difficulty, philosophically speaking. If social pressure really forms the basis of objective morals, then the proponents of this assertion face a huge issue. Firstly, it makes morals relative, as they are subject to inevitable social changes. Secondly, it leads to moral absurdities. If someone accepts consensus as a basis for morals, then how can we justify our moral position towards what the Nazis did in 1940s Germany? How can we claim that what they did was objectively morally wrong? Well, we cannot. Even if you claim that some people in Germany fought against the Nazis, the point is that there was a strong consensus supporting the evil. There are many other examples in history to highlight this point.

The final alternative is moral realism. Moral realism, also referred to as moral objectivism, is the view that morals are objective and they are external and independent to our minds and emotions. However, the difference between moral realism and what this essay has been advocating is that moral realists do not assert that they require any foundation. So moral truths such as compassion, justice and tolerance just exist objectively.

There are a few problems with this position. Firstly, what does it mean that justice just exists? Or that objective moral values just exist? This position is counterintuitive and meaningless. We simply do not know what ‘justice’ is, existing on its own. Significantly, one has to understand that if morals are objective (in that they are outside of an individual’s personal opinion), then they require a rational explanation. Otherwise, the question How are they objective? is unanswered. Secondly, morality is not limited to recognising the truth of compassion or justice. Morality entails a sense of duty or obligation; we are obligated to be compassionate and just. Under moral realism such obligations are impossible, because recognising that a certain moral truth is objective does nothing to ensure that we are obligated to implement that moral truth. A moral obligation does not follow from just acknowledging that it is objective. Following through with one’s moral obligations would make sense if they are owed, or if there is a sense of duty. Moral realism does not provide any reason why someone must be obliged to be moral. However, if these moral truths are Divine commands, then not only do they make these morals objective, but they establish the basis for being obligated to be moral—because we have a duty to obey the commands of God.

In light of the above discussion, it is obvious that objective morality necessitates God’s existence, as He is external to the universe and can make the universal moral claim via His commands.