Description: Is belief in God the only rational foundation for objective morality?  Part 1: Defining ‘objective’, why morals are objective, and the implications of adopting an atheist worldview. 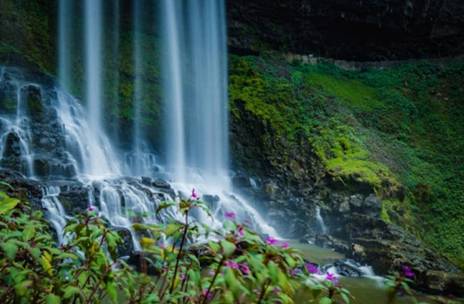 Imagine you have come back from a busy day and you switch on the television.  You skim through some of the channels.  Shocked by a headline, you stop at a popular international news channel.  Sure enough, the headline is truly appalling: Man Beheads Five-Year-Old Boy.

Now let me ask you a question.  Was what this man did morally wrong? You, like the majority of decent human beings, say yes.  Now answer this question: is it objectively morally wrong? Again, like most, you say yes.

However, here’s a final question: why is it objective?

This is where it gets tricky.

In order to answer this question, the best place to start is with the word ‘objective’.  A basic definition is that the term refers to considering or representing facts without being influenced by personal feelings or opinions.  In the case of morals, objective means that morality is not dependent or based on one’s mind or personal feelings.  In this sense, it is ‘outside’ of one’s personal limited faculties.  Mathematical truths (1+1=2) or scientific truths, like the Earth going round the Sun, are true regardless what we feel about them.  Therefore, if these morals are ‘outside’ ourselves, they have to be grounded.  In other words, they need a foundation.  If objective morals do not depend on our limited faculties, then answers to the following questions are required: Where did they come from? What are their nature? In order to answer these questions a rational foundation is required.  This will explain their objective nature and provide a rationale of where they came from.  These questions refer to an area in philosophy known as moral ontology.

Another way of describing objective moral truths is that they transcend human subjectivity.  For instance, the fact that killing a five-year-old is morally wrong will always be true, even if the whole world were to agree that killing a young child is morally right.  Not only do we recognise that some morals are objective, they also provide us with a sense of moral obligation or duty.  In other words, there are some things that we ought to do and other things that we ought not to do.  We have moral duties and obligations, and these seem to come from outside the limited self.  Professor Ian Markham explains that our moral language denotes something above and beyond ourselves: "Embedded in the word ‘ought’ is the sense of a moral fact transcending our life and world… The underlying character of moral language implies something universal and external."[1]

Back to the question

Coming back to the tricky question I raised earlier, let us try to answer it: why is it objective? The answer is simple.  The morals that we consider to be objective are so because God exists.[2]  Before I explain this further, I want to make sure that this has nothing to do with the beliefs that someone has.  I am not saying "you cannot be an atheist and display moral or good behaviour" or "you have to believe in God to have moral traits such as defending the innocent or feeding the poor" or "just by being a believer you will behave well." What I am saying is that if God does not exist, then there are no objective moral truths.  Sure, we can act as if moral truths are objective, and many atheists throughout history have demonstrated admirable moral fortitude without believing morality requires a Divine basis.  However, what I’m arguing is that, with God out of the picture, these moral values mean nothing more than social conventions.  Therefore, moral truths such as "murdering innocent people for entertainment is wrong" and "defending the innocent is good", for example, are merely social conventions without God, just like saying it is wrong to pass wind in public.  This conclusion is based on the fact that God is the only rational foundation for objective morals.  No other concept adequately provides such a foundation.

God provides this foundation because He is external to the universe and transcends human subjectivity.  Professor Ian Markham similarly explains, "God explains the mysterious ought pressing down our lives; and God explains the universal nature of the moral claim.  As God is outside the world, God the creator can be both external and make universal commands."[3]

In Islam, God is believed to be a Being of maximal perfection.  He is maximally knowledgeable, powerful and good.  Perfect goodness is God’s essential nature, one of His names is Al-Barr, which means the source of all goodness.  When God makes a moral command, it is a derivative of His will, and His will does not contradict His nature.  Therefore, what God commands is good because He is good, and He defines what good is:

Interestingly, some atheists, believing that God cannot exist under any circumstance, have understood that in absence of the Divine, there are no objective morals.  The influential atheist philosopher J.  L.  Mackie in Ethics: Inventing Right and Wrong, reflects this position: "There are no objective values… The claim that values are not objective… is meant to include not only moral goodness, which might be most naturally equated with moral value, but also other things that could be more loosely called moral values or disvalues—rightness and wrongness, duty, obligation, an action’s being rotten and contemptible, and so on."[4]  Aside from being counter-intuitive, and not representing a mainstream atheist position, Mackie seems to have understood the implications of adopting an atheist worldview.  If there’s no God, there is no objective good.

[2] The arguments presented in this essay, including some of the ideas, have been inspired by and adapted from Craig, W. L. Can We Be Good Without God? Available at: http://www.reasonablefaith.org/can-we-be-good-without-god [Accessed: 24thOctober 2016]; Craig, W. L. (2008) Reasonable Faith: Christian Truth and Apologetics Wheaton, Illinois: Crossway Books, pp. 172-183.

Nice essay but tough to understand. How can one co relate to day to day life?