Description: A brief yet detailed discussion of the evil of backbiting and slandering.  Such behavior is often exhibited by those who use wealth to oppress others and the consequences of such behavior are graphically detailed. 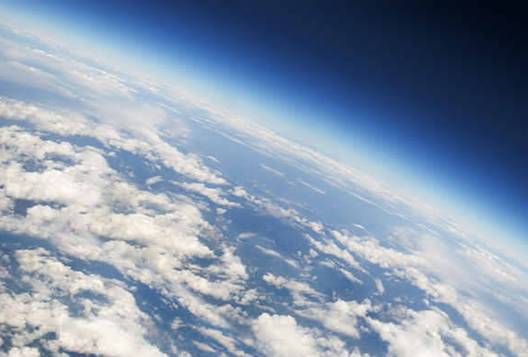 The Backbiter, named for the word humazah in the first verse, is one of the short chapters towards the end of the Quran.  Many of these chapters deal extensively with the concept of Hell.  However, although there are ten more chapters to follow, this is the last one that mentions or describes the fires of Hell.   Here Hell is described in such a way that we are able to experience its ferocious power with all our senses.

Chapter 104 is made up of only nine short verses and was revealed in Mecca in the very early days of Islam.  At that time the new Muslims were subjected to some of the worst behavior from those disinclined to listen to the message of Prophet Muhammad, may the mercy and blessings of God be upon him.  God calls attention to some of their ugly characteristics and makes it clear that this sort of behavior will be severely punished in the Hereafter.  One significant lesson we learn from this chapter is that success does not lie in the accumulation of wealth rather it lies in the remembrance of God.

The chapter begins with God describing a truly woeful situation.  Great misery will come upon the person who ridicules or taunts others.  Using the words backbiter and slanderer together indicates those who continually and habitually slander others.  These are wicked and vain people who mock others, taunting and slandering them, with their tongues and body language.  They criticizes them, imitating their movements or the sounds of their voices and deride their looks or features.  This type of person cannot see their own flaws but delights in finding and pointing out flaws in others.  Islam has high standards of morality and emphatically forbids this sort of behavior.  Taunting openly or backbiting in a concealed way, as well as mockery and scorn, are all considered sordid and ugly, definitely not the behavior a believer would engage in under any circumstances.

Verse 2 & 3 Great wealth does not make you immortal

This describes the people who use their wealth to tyrannize others.  Hoarding their wealth will not make them immortal.  Wealth is not the standard by which people are measured.   Any good traits possessed before wealth are considered useless and a waste of time.  This type of person thinks that his wealth controls his destiny and that he is not accountable to anyone for anything.  They count their wealth again and again, looking at it, and taking pleasure in it; they are miserly and selfish.  Have they forgotten death and that a time will come when their wealth will have to be left behind? Woe indeed because their wealth will not protect them from God and the Day of Judgement.

Because of their wealth these people believe they are great men and women, but on the contrary, those who think they have immortality will find themselves flung into the crusher.  God asks, what will make you fully understand how bad the crusher is? The one who seeks power by ridiculing others will be slighted and flung like neglected rubbish into the great crusher.  This is a palpable image of Hell, a great crushing instrument that destroys everything that crosses it path or stands in its way.  On the Day of Judgment, the slanders and backbiters will be hurled into Hell like contemptible objects.  The crushing instrument will destroy the wealth and power that those who mock and ridicule believe will keep them safe.  Islamic scholars say that the crusher is in the lowest depths of Hell.

Verse 6 A fire kindled by God

In verse six the crushing instrument is identified.  It is, we are told, the fire of Hell.  It is in a particular place in Hell and is kindled by God Himself.  The chapter begins with a cryptic description but when God reveals the menacing crusher it suggests unimaginable horrors.  It is a fire that we are unable to imagine because there is nothing like it.  It is designed by God to punish those who eat the flesh of their brothers and sisters with backbiting and mockery.  Thus, the punishment also eats the flesh.  This is the only place in the Quran where the fire of Hell has been called the fire of God.  This not only expresses its gruesomeness but indicates the wrath and contempt God has for those who become attached to worldly wealth thinking it gives them the right to treat others badly.

Verse 7 A fire raging over the heart

This unimaginable fire rages over the hearts of those flung unceremoniously into it.  However, it does not go into the heart because that would cause death, this fire eats the flesh, and crushes the bones.  The fire rages over the heart.  This happens over and over just as these same people counted their wealth again and again.  There is symmetry to the subject matter and the chapter relates the crime to the punishment.  By backbiting and all it involves, people metaphorically tear at the flesh of their brothers, however, the crusher in Hell literally tears at the flesh.

The fire of God that crushes will close in on the slanderers and backbiters.  The flames will shoot up and the columns will close any slit or opening surrounding those being punished.  There will be no escape.  Just as they kept their wealth secure in safes and behind closed doors God will lock them into a punishment without any means of escape.