Description: The believers will be tested and God revisits the punishments dispensed to earlier nations. 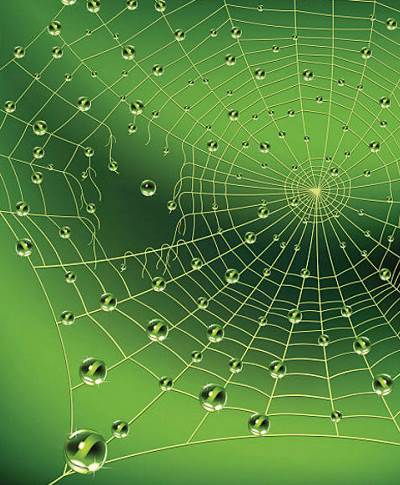 This 69-verse chapter was revealed in Mecca and like all Meccan chapters it discusses belief, the fundamentals of faith and the Oneness of God.  The Spider, as it is called, takes its name from the description of the spider’s house building skills in verse 41.  It is believed that this chapter was revealed to strengthen and encourage the new Muslims who were, at the time, suffering severe abuse and oppression.  A clear link is established between all the messages and the message of Prophet Muhammad, may the mercy and blessings of God be upon him.

The chapter begins with three separate Arabic letters.  Alif, Lam, Meem.  These letters are from amongst the various combinations of fourteen letters that open twenty-nine chapters of the Quran.   God has not revealed any specific meaning attached to them.   The chapter then immediately informs the believers that their faith will be tested.  The people who came before them were tested and it is how God separates the liars from those who are truthful.  It is not enough to claim belief; belief imposes certain duties.  The evil doers will not escape, because God knows everything.  Those who believe and behave righteously do so for their own benefit.   God does not need a person to behave well; He is free from all needs.  The bad deeds of the true believers will be erased and they will be rewarded.

God demands that the believer be good to his or her parents.   However, do not obey them if they try to make you worship something other than God.  Remember that you will return to God and only those with true faith will be among the righteous.  There are people who waver in their belief whenever they are faced with difficulties; but then when they are in a position of ease, they make boastful claims about their belief.  Their faith is easily shaken and God is well aware of who truly believes and who is a hypocrite.  The disbelievers encourage disbelief.

Noah was spreading his message amongst his people for nearly one thousand years but they were still doing evil when the flood overtook them.  Those saved in the ark are a sign for all those who came after them.  Abraham tried to warn his people against idol worship and told them to seek their provision from God.  He warned them with stories from their own past and with logical arguments about the power and mercy of God.   Their only response was to call for Abraham’s death.

Abraham walked out of the fire meant to kill him and called on them to reject their idols warning them that fire will be their eternal abode.  Lot witnessed this event and then reaffirmed his faith.  Abraham was father to a long line of prophets beginning with his son Isaac and grandson Jacob.  Abraham’s rewards began in this world and in the Hereafter he will be among the righteous.

Lot tried to counsel his people asking them to stop their immoral practices, their acts of highway robbery, and corruption.  They hardly responded except by telling Lot to bring on the punishment.  Lot prayed to God for help.  When the angels brought the news of a son to Abraham they also told him they were charged with destroying the town Lot was living in.  Abraham feared for his cousin and the angels said they planned to save Lot and the members of his household.

When the angels in the form of guests visited Lot, he was anxious because he could do nothing to protect them from the unruly and evil townspeople.  The angels were aware of Lot’s grief.  They revealed their identity and told him why they had come and that he and his household would be safe from God’s torment.  His wife however would not be amongst those saved.  The ruins of the town were left so that people who think would understand.

Shuaib was denied by his people; the people of Midian.  God therefore sent an earthquake that overtook them in the night.  The people of Ad and Thamud were also destroyed.  Satan played on their arrogance and made their deeds seem fair and thus diverted them from the right path.  They were capable of seeing through his tricks.  Moses went to Pharaoh, Koran and Haman with clear undeniable signs but they too were arrogant and refused to believe.  They could not however outrun God’s punishment.  God was not unjust; they were unjust to themselves.

Those who seek protection from something other than God are like spiders who think they are safe in their flimsy cobweb homes.  God knows what they call on besides Him and even when given examples they fail to understand.  These parables are for the wise, and for the believers they are a sign.  Prophet Muhammad is told to recite from the Quran and to establish the prayer because remembrance of God keeps people away from shameful deeds and wrongdoing.  Only argue with the People of the Book in a good way, explain that their God and your God is One and the same.  Many of those given the scriptures believe in the Quran; only the defiant refuse.  Oh Muhammad, you cannot read or write but you have been given this revelation and that alone should satisfy the disbelievers.

God knows everything in the heavens and the earth and those who disbelieve will be the losers.  The time for the punishment is already set.  If that was not the case it would already have befallen them.  It will be sudden because Hell has already encircled them.  God’s earth is spacious, so if need be migrate to where you can worship Him.  Everyone dies and everyone will return to God.  Those who believed and did good deeds will live in magnificent dwellings in gardens under which rivers flow.

If you ask the disbelievers who created the heavens and the earth, or who sends down the rain, they would answer, God.   Why then do they continue to deny the signs? Why do they not use their common sense? This life is nothing but a diversion, an amusement for a short time.  It is the Hereafter that is the real life.  When a person gets into trouble they call upon God but when he saves them they forget that they should be grateful and begin to thank others for their rescue.  Let them deny God’s favors and enjoy themselves for they will come to realize.  There is none more wicked than a person who lies about God or denies the truth after it has been made clear.  Hell will be their abode, however, those who strive will be with God.