Description: There is no power except God’s power, and Satan is humankind’s avowed enemy.

"Whatever Allah grants to people of mercy – none can withhold it; and whatever He withholds – none can release it thereafter.  And He is the Exalted in Might, the Wise.  Oh mankind, remember God’s grace toward you.   Is there any creator other than God that can sustain you from both the sky (rain) and the earth? None has the right to be worshipped but God.   Why then are you turning away from Him? And if they call you a liar (Prophet Muhammad) remember that many messengers before you were called liars.  And God will decide all things.   Oh mankind, God’s promise is true.  So do not let the present life deceive you and do not let the great Deceiver (Satan) deceive you about God.  Indeed, Satan is your enemy so treat him as such.  He only invites his followers to the blazing Fire.  Those who disbelieve will have severe torment; and those who believe and do righteous good deeds, will have forgiveness and a great reward." (Quran 35: 2-7) 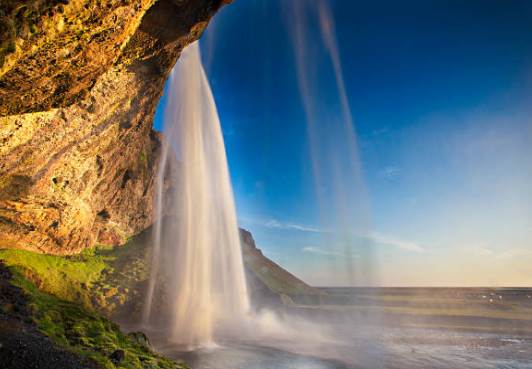 This article discusses six essential verses from the beginning of Chapter 35 of the Quran.  The chapter is known by two different names, both taken from the first verse; Al-Fatir meaning The Originator or Al-Malaikah meaning the Angels.  Islamic scholars agree that the style of the chapter indicates that it was revealed during the Meccan period at a time when the efforts of Prophet Muhammad, may the mercy and blessings of God be upon him, to spread his message were being frustrated and blocked.  The six verses under discussion remind the believers of the mercy and grace of God and warn them of the deception inherent in the worldly life.  They conclude with advice to treat Satan as an open enemy and a reinforcement of the contrast between the afterlife of the believer and the disbeliever.

One aspect of God’s power is the mercy mentioned in verse two; the mercy he grants to humankind.  The Arabic word used here has been variously translated as mercy, grace and blessings.  When this attribute is fully understood it takes root in a person’s heart and mind; God’s power to give or withhold as He wills changes how we view the life of this world.  There is no other power in the heavens or the earth and understanding this means a believer abandons any thought of receiving mercy or blessings from any other source.  Those of creation that have some power or authority are also subservient to His will and power.  God’s grace is reflected in the favors he showers upon humankind, collectively and individually and his grace is reflected equally in what is denied.

Prophet Muhammad emphasized this in several of his sayings.  He wanted the believers to have a complete and working knowledge of the fact that there is no power in the universe that does not have God as its source.  He said, "None has the right to be worshipped except God, alone, without partner, to Him belongs all sovereignty and praise and He is over all things omnipotent.  O God, none can prevent what You have willed to bestow and none can bestow what You have willed to prevent, and no wealth or majesty can benefit anyone, as from You is all wealth and majesty." [1]

The next verse, three, asks us to remember the blessings that God has bestowed on us.  It is questioning how we could possibly forget them? Is there any creator other than God? Could anyone or anything send us sustenance from the heavens and the earth? No! None has the right to be worshipped but God, so how could anyone turn their back on this indisputable truth.

God now addresses Prophet Muhammad, reminding him that messengers before him had also been accused of lying.  There is no need for you to be worried God tells him.  Eventually all matters return to God and He will make the final decision, all judgment rests with Him.  God’s promise is true.  Therefore, do not be deceived by the life of this world.  The worldly accessories of this life can delude people into thinking that God’s promise is not true.  The attractions of this life do blind us from seeing the big picture.  The world is a transitory place.   It is little more than a rest stop on the way to life everlasting.  If we run after wealth and power thinking that it will secure our future we have deluded ourselves.  If we are stumbling around, unable to focus on the proximity of the Hereafter we become prey to the great deceiver, Satan, whose purpose is to lead humankind away from the straight path.

Satan will never be anything but an enemy thus God instructs us to treat him as an enemy.  Do not befriend him or listen to his advice.  Do not follow his example; do not follow in his footsteps because his footsteps lead to nowhere but the blazing Fire.  God wants the believers to be alert and prepared to engage in this never-ending battle with humankind’s greatest adversary.

Never forget that Satan’s goal is to make you believe that God does not exist.  If he cannot make you forget about God he will try to make you think that God has abandoned you; left you defenseless in a world full of terrors.  The believer knows that this is not true.  God is accessible at all times and has provided us with all that we need for our spiritual survival.   In his last sermon Prophet Muhammad told us that Satan had lost all hope of leading the believers astray in big things and reminded us to beware of following him in the small things.

God says that those who disbelieve will be punished severely.  That is Satan’s ultimate goal; to make sure that he is not the only one being punished in the Hellfire.  A modern saying is that misery loves company, and Satan is working to assure that he is not the only one to be miserable on the Day of Judgment.  On the other hand, however, those who believe and do good deeds will be forgiven and richly rewarded.