Description: Some of the Meccan idolaters suggested to the Prophet as a compromise that he should worship their gods for a year and they should worship his for a year.   The chapter was revealed in reply to them. 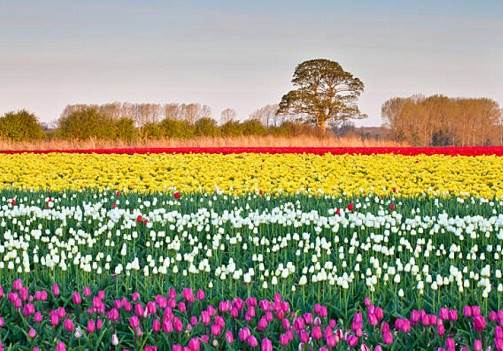 Although the Arabs before Islam did not deny God altogether, they did not know Him by His identity as the One and the Eternal.  They neither showed any true understanding of God, nor worshipped Him properly.  On the contrary, they ascribed to Him, as partners, idols that were supposed to represent their great and pious ancestors or, in some cases, the angels whom they claimed to be God’s daughters.  Moreover, they alleged a kinship between Him and the jinn.  In spite of their belief in God, the polytheism they entertained fouled their concepts, traditions and rites to the extent that they assigned to their alleged deities a portion of their earnings and possessions, and even their offspring.

When Prophet Muhammad, may the mercy and blessings of God be upon him, declared his religion to be that of Abraham, they argued that there was no reason for them to forsake their beliefs and follow his instead, since they too were of the same religion.  In the meantime, they sought a sort of compromise with him proposing that he should prostrate himself before their deities in return for their prostration to his God, and that he should cease denouncing their deities and their manner of worship in reciprocation for whatever he demanded of them!

This confusion in their concepts, vividly illustrated by their worship of various deities while acknowledging God, was perhaps what led them to believe that the gulf between them and Prophet Muhammad was not unbridgeable.  They thought an agreement was somehow possible by allowing the two camps to co-exist in the region and by granting him some personal concessions!

Following one form of negation, assertion and emphasis after another, the chapter sets its message in absolute clarity.  It starts with the word, ‘Say,’ which denotes a clear divine order stressing the fact that the whole affair of religion belongs exclusively to God.  Nothing of it belongs to Prophet Muhammad himself.  Moreover, it implies that God is the only One to order and decide.  Address them, Prophet Muhammad, by their actual and true identity: "Say: Unbelievers!" (Verse 1).  They follow no prescribed religion, nor do they believe in you.  No meeting point exists between you and them anywhere.  Thus, the beginning of the chapter brings to mind the reality of difference which cannot be ignored or overlooked.

The verses make it as clear as the shining sun that no comprise is possible in any way or form, with the disbelievers, in matters of worship.  According to some scholars, the repetition in these verses is for emphasis.  Others say that the repetition serves to negate the repeated propositions from the leaders of the Quraysh that the Prophet mix his religion with theirs (Quran 39:64).  Another opinion is that the different statements refer to the present and the future, as if to say, "I do not now worship what you worship; nor are you now worshippers of what I worship; nor will I ever be a worshipper of what you worship; nor will you ever be worshippers of what I worship."

Finally, the whole argument is summed up in the last verse: "You have your own religion, and I have mine," meaning that you, unbelievers, and I, Muhammad, are very far apart, without any bridge to connect us.  This is a complete distinction and a precise, intelligible demarcation.  Such an attitude was essential then in order to expose the fundamental discrepancies in the essence, source and concepts of the two beliefs, i.e.  between monotheism and polytheism, faith and unbelief.  Faith is the way of life which directs man and the whole world towards God alone and determines for him the source of his religion, laws, values, criteria, ethics and morality.  That source is God.  Thus, life proceeds for the believer, devoid of any form of idolatry.  Idolatry on the other hand is the opposite of faith.  The two never meet.

On the one hand, this verse is a criticism, but on the other, it implies that believers should not argue with disbelievers, but simply leave them to their own devices, for God will deal with them accordingly.