The Similarities and Differences between Islam and Christianity (part 2 of 2): Similar but very different

Description: Islam and Christianity have very different things to say about original sin, salvation and the last days of Jesus. 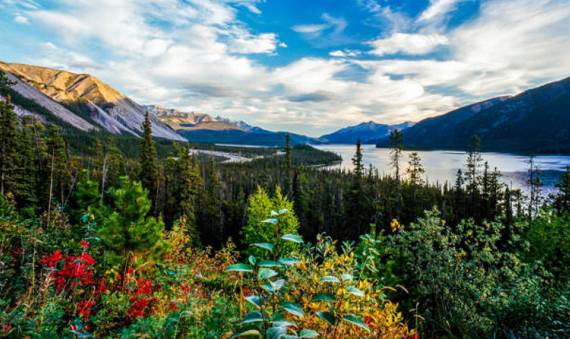 Muslims and Christians have very much in common; from their views on kindness and compassion to their end of days narratives of Jesus playing an essential during that time.  Far from being locked in a clash of civilizations, even a small amount of knowledge reveals astonishing similarities.  However, matters of doctrine and belief can at times be startlingly different.  Despite this, there is common ground and several starting points for dialogue and discussion.

The story of Adam and Eve exists in both Christianity and Islam.  On the surface the stories seem to be the same.  Adam is the first human being, Eve is created from his rib, and they lived tranquilly in Paradise.  Satan is with them in Paradise; he misguides or tempts them into eating fruit from the forbidden tree.   But apart from the bare outlines, the stories differ greatly.   The Quran and the authentic traditions of Prophet Muhammad, may the mercy and blessings of God be upon him, tell us that Satan did not come to Adam and Eve in the form of a serpent, nor did he trick them into eating the forbidden fruit.  Satan misguided and deceived them, and they made a grave error of judgment.  This was not the fault of Eve alone rather Adam and Eve share the burden of the mistake equally.

At no point in the Quranic story are we told that Eve was the weaker of the two or that she was responsible for the temptation of Adam.  They made the decision together, and sometime later they realized their grave mistake, felt remorseful and begged for God’s forgiveness.  God forgave both of them.  In light of this, we can see that Islam has no concept called original sin.  The descendants of Adam are not punished for their ancestor’s actions.   God says in the Quran that no one is responsible for another person’s decisions.  "… no bearer of burdens shall bear another’s burden..." (Quran 35:18) Islam has no concept that a human being could be born sinful.  Rather, people are born in a state of purity and naturally inclined to worship God.  Their slates are clean; there is nothing for them to be forgiven for or to repent for.

One the other hand, the Christian doctrine of original sin teaches that humankind is born already tainted by the sins of Adam and Eve.  Jesus, they say, was born and did die in order to atone for the sins of humankind.  If you believe that Jesus’ death expiated your sins, then the door to salvation is opened to you.  Islam rejects this completely.  Islam teaches that Prophet Jesus was sent to the Israelites to affirm the message of all the Prophets before him; that God is One, with no partners, associates, or offspring, therefore, there is nothing worthy of worship except Him.

Say, ‘O My slaves who have transgressed against themselves (by committing evil deeds and sins)!  Despair not of the Mercy of God, indeed God forgives all sins.   Truly, He is Oft-Forgiving, Most Merciful.’ (Quran 39:53)

Sincere repentance assures forgiveness, and salvation is attained through submission to the will of God.  The human being will only find true contentment and security when he is able to have hope in God’s mercy and forgiveness whilst fearing the consequences that come from displeasing Him.  In Islam staying connected to God is the key to salvation, and Quran tells us that sincere belief combined with good deeds and behavior will result in eternal life in Paradise.

In Christianity however, salvation is another thing altogether.  It is the death of Jesus Christ that results in salvation.  Particularly in Roman Catholic theology, it is the death of the innocent Jesus, the perfect blood sacrifice, which results in salvation.  His death takes away the sins of all people who accept Jesus as the son of God and believe in his resurrection.  Some Christian denominations add that good works and the development of good moral characteristics aids in a person’s salvation.  Still others require that a person is baptized.

The Crucifixion and Jesus’ Return

Whilst Islam and Christianity agree that a crucifixion did take place, they disagree on whether or not Jesus himself was crucified and died.  The idea of Jesus dying on the cross is central to the Christian belief, but it is rejected by Islam.  The Islamic belief about Jesus’ crucifixion and death is clear.   Islam teaches us that Jesus did not die to atone for humankind’s sins.   There was a plot to crucify him, but it did not succeed. God in his infinite mercy saved Jesus from this humiliation by putting his resemblance on somebody else and elevating him alive, body and soul, to heaven.   The Quran is silent about the exact details of just who this person was, but we know and believe with certainty that it was not Prophet Jesus.

Christianity and Islam also agree that Jesus will return to earth.  Islam explains that in the days before the Day of Judgement, Jesus will return to this world and teach others to believe in the Oneness of God.  He will be a just ruler, break the crosses, slay the antichrist, then all the People of the Scripture (Jews and Christians) will enter into Islam.

In Christianity Jesus’ return is most often referred to as the Second Coming.  There are many differences amongst the Christian denominations, however, most teach that Jesus will return to judge between the living and the dead, (hold the final judgment) and set up the Kingdom of God.  Many believe that he will reign on earth for a thousand years, some saying that Jesus’ reign will begin after he defeats the antichrist.

Previous: The Similarities and Differences between Islam and Christianity (part 1 of 2): The Same but Different

Thanks for the article, very informative