Description: A collection of commandments and instructions to teach the believers manners and morals. 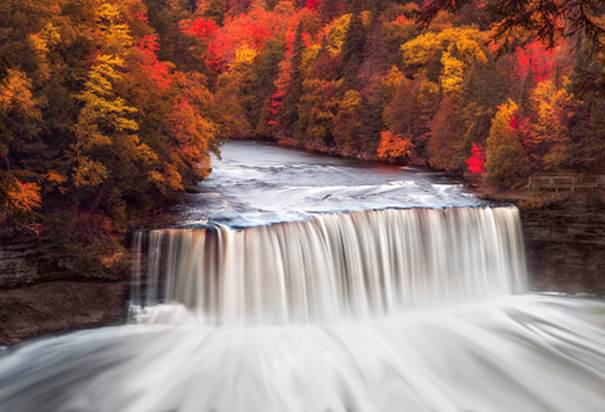 This eighteen-verse chapter was revealed in Medina, and it takes its title from the reference to the private rooms of the wives of Prophet Muhammad, may the mercy and blessings of God be upon him, in verse four.  Medinan chapters usually concentrate on establishing and educating the first Muslim community and this one is no exception.  It is said that it was revealed after a deputation arrived in Medina and called to Prophet Muhammad from outside his wives’ apartments.

This chapter is an attempt to teach the fledgling community good manners, manners that befit a believer.  Firstly, in respect to behavior towards God and His Messenger, Prophet Muhammad.  Next, in respect to community living, the believers are warned against behavior that might corrupt the tightly knitted social fabric.  They are warned against the dangers of tribalism and nationalism.  And finally, the believers are told that faith is more than words; it is action in respect to those words.

The first two verses are addressed directly to the believers.  It begins, oh you who believe.  Do not put yourselves before God and His Messenger.  Do not push yourselves forward, rather wait for instructions and follow the way of Prophet Muhammad.  Fear and be mindful of God for He hears and knows everything.  Oh you who believe.  Do not raise your voices or try to talk over Prophet Muhammad as he speaks.  Show due respect, do not act as if you were talking amongst yourselves.  Be careful in case your good deeds are canceled out without you ever understanding why.

Those among you who lower their voices and speak softly whilst in Prophet Muhammad’s presence are the ones who have passed the tests set by God and are indeed pious.  They are the ones who will be forgiven and blessed with a great reward.  Prophet Muhammad is told that those whose voices are loud, and who stand outside his private rooms shouting to be heard, lack understanding and common sense.  They do not use their reasoning because if they did so, they would know that it would be better for them to wait patiently.  However, God is Forgiving and He is Merciful.

Within a community there are usually practical measures with which to sort out any differences that might arise.  If these differences are not dealt with properly they might undermine the structure of the community.  God again addresses the believers, explaining to them how to receive news and reports and emphasizes the need to verify all reports.  He says, if an evil person or a troublemaker brings you information you must investigate it before you act on it.  Rash action might lead to an injustice being committed against a person or persons and you may end up regretting it.

The Muslims are reminded of their great blessing; Prophet Muhammad is among them.  Be aware, says God, and give this fact its due importance.  If Prophet Muhammad were to comply with the advice of some of those around him, they would all surely come to harm.  Leave all affairs in the hands of God and Prophet Muhammad.  This faith you have is beautiful and unbelief is a sin.  Wrongdoing and disobedience should be abhorrent to you.  Those who are on the straight path are only guided due to God’s grace and blessings.  He is Knowledgeable and Wise.

If two groups of believers fight or take up arms against one another, the Muslim community should work to make peace between them.  If one party continues to act wrongfully or refuses reconciliation, the believers must fight against the oppressors until they submit to God’s commandments.  God loves those who are just and fair.   All believers are a family for one another, therefore make peace in your family.  Be mindful of God so that you receive His mercy.

One group of believers should not jeer at another group.  You are one family in faith; all of you are entitled to freedom and integrity.  Those you defame may be better than you in the eyes of God.  Do not make sarcastic remarks about one another.  And do not use offensive nicknames.  Those who do these things will be called a mischief-maker and that is a very bad thing after you have accepted the role of a believer.

Avoid being suspicious of each other, and do not spy on one another.  Do not speak badly of people behind their backs, if you do, it is as if you were eating the flesh of your dead brother.  You would detest such a thing, so be mindful of God and He will accept your repentance.  God reminds the believers that they were created from a single pair, male and female.  You are one people and you are only divided into tribes and nations so that you may get to know one another.  Only one thing determines a person’s worth in God’s eyes, and that is piety.

The desert Arabs say they are believers, but they are not.  They have submitted yes, but faith has not yet entered their hearts.  Nevertheless, they will be rewarded for all their good deeds because God is Forgiving and Merciful.  True believers, God says, are those who believe in God and Prophet Muhammad with no doubt or hesitation.  They are the ones who remain steadfast, following God’s guidelines in all situations.

Do not try to tell God about His religion because He knows what is in your hearts and your minds and what is in the heavens and the earth.  He knows all things.  Some people thought they were doing Prophet Muhammad a favor by embracing Islam, but they should know that it is God who has done them a favor by guiding them to the true faith.   He knows everything that is open or hidden in the heavens and in the earth and sees what you do.