“Supplication is essentially what worship is”

Description: An explanation of a Prophetic narration that shows how supplication is synonymous with worship.  Supplication is also a means of riding oneself of egoism and demonstrates one’s faith and trust in God.

Al-Nu’man ibn Bashir relates that the Prophet, may the mercy and blessings of God be upon him, said: "Supplication is essentially what worship is."[1] 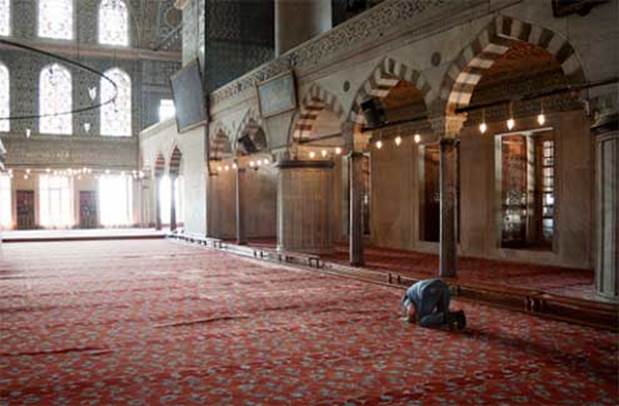 Here the Prophet is indicating that supplication comprehends all forms of worship.

This idea is also conveyed in the Quran where God says: "And your Lord said: Call upon me in supplication.  I will answer you.  Indeed, those who are too proud to worship Me will enter Hell in humiliation." (Quran 40:60)

We see in this verse that God first mentions supplication, saying: "Call upon me in supplication." Then He refers back to it as worship, saying: "… those who are too proud to worship Me…"

This shows just how important supplication is.  The Prophet considered it to be synonymous with worship, indicating that all the worship we engage in is in some way a means of beseeching and supplicating our Lord.  On this basis, scholars have divided the act of supplication into two categories:

1.     There is supplication whereby a person asks God for something.  This includes our beseeching God for forgiveness and for guidance.  It is quite straightforward how this is an act of supplication.

This is the very meaning of humility and submission, and the act of beseeching our Lord and supplication.  Also, the Arabic word for our formal prayers – salah – literally means "supplication".  Pure acts of devotion are the best means of supplicating our Lord.  When we keep this in mind, it imbues all of our acts of worship with a deeper meaning and makes us better realize the devotional nature of what we are engaged in.

Supplication embodies the quintessence of faith.  When a person beseeches his Lord, he is acting upon his belief that there is a God – a Creator, a Sustainer, a heavenly Provider who is capable of all things and who has all things in His hand.  The supplicant has certainty that the One he calls upon possesses what is being asked of Him, since He possesses all that is in the heavens and the Earth.  The supplicant also has certainty that all created things are poor and only God is rich.  Therefore, the act of supplicating our Lord is rich with deep and vital meanings.

And indeed, supplication repels and combats the greatest bane that can ever afflict the human being – be he a believer or an unbeliever – and that is the bane of egoism.  It is egotistical selfishness that causes strife between people, for it is at the root of insolence, aggression, oppression, and tyranny.  It causes people to deny the rights of others, to abuse their spouses, and to mistreat their colleagues.  It causes a leader to misgovern his people and the governments of countries to transgress against each other.  Societies suffer from selfishness and egoism as much as individuals do.  It is the virus behind all of the problems and afflictions of human life.  Supplication brings to bear the power of faith to defeat this virus.  It does so because it brings about a state of self-effacement and humility in the supplicant before God, for the worshipper cannot approach his Lord through a better door than the door of humility.  This is why the worshipper is closest to his Lord when he is in prostration.

The greatest of supplications are those that contain the meaning of self-effacement.  For instance, the following supplication is mentioned in the Quran: "There is no God but You.  Glory be to You.  Indeed I have been one of the wrongdoers."

Also in the Quran we find: "Our Lord! We have wronged ourselves, and if You do not forgive us and have mercy on us, then we will surely be among the losers."

The Prophet said the following supplication: "O Allah (God)! You are my Lord.  There is no God but You.  You created me and I am Your slave.  And I am upon Your covenant and Your promise as much as I am able…"

The Prophet taught Abu Bakr to beseech God with the following words: "I have wronged myself greatly, and no one forgives sins except You.  So forgive me with Your forgiveness and have mercy on me, for indeed You are Most-Forgiving, Most-Merciful."

Ibn Rajab said: "The crying of the (penitent) sinners is dearer to God than the chanting of those who glorify His name."

Supplicating God with this kind of humility rids a person of egoism.  It also develops the supplicant’s consciousness for others and makes him perceive himself within the context of others.  This is why the most blessed and beautiful supplications are those where the supplicant beseeches God on behalf of other people – relatives and strangers, the righteous and the sinners, those who agree with him and those who oppose him.

I remember that once during the Hajj pilgrimage, I met with a group of Muslims from Australia.  We discussed the issue of brotherhood and how it can be achieved.  Now, this delegation from Australia was comprised of various groups of people who all had Islam in common.  However, they were divided by ideology, opinion, group loyalties, and even bigotry.  I was among them and said: "You know, we are standing on the plain of Arafah." Then it came to me that I should be supplicating.  I felt the nearness of God’s mercy, and I felt strongly the universal need that all people – just like us – have for His mercy.  Then I said: "O Allah (God)! Every Muslim whom Your religion and Your Law permit me to ask You for their benefit, for mercy and for forgiveness, I supplicate to You on their behalf for Your mercy and forgiveness on this auspicious day and in this place."

Now, when you supplicate like this, you are turning to the Almighty who is capable of all things.  He bestows as He wills and decrees as He wills with His word.  If He wills something, He just says "be!" and it is.  And indeed, I found after making that supplication that it had made a powerful impression upon those Australian Muslims.  They were pleased to see how supplication could be employed to reduce the severity of the disagreements that beset the Muslim community, so that their differences could be handled by the exchange of advice instead of remaining an impenetrable barrier.

Another way that supplication exemplifies worship is that it is a way of speaking in which the supplicant addresses his Lord directly with good words.  This fortifies the speaker’s heart and mind as well as those others who may participate in it.  Some people are of the contrary impression that supplication is a type of deficiency, a manifestation of incapacity.  They think that a person merely sleeps and sits around and then beseeches his Lord.  On the contrary, supplication gives us the resolve, the strength, and the encouragement to carry on.  This is why the Prophet told those who asked to be in his company in Paradise: "Help me in this by keeping up abundant prayer." He wanted to tie their aspirations in with constancy, resolve, and effort.

Supplication affirms the trust that we have in God.  The Prophet said: "Pray to God, being certain that He will answer you."[2]  It is also an expression of our inner selves.  It expresses our magnanimity, our faith, and our values, especially when we beseech God on behalf of others.  Beseeching God gets us in the habit of doing so for others, which in turn instills in our hearts the qualities of generosity, love, and deeper faith.

Dua (Supplication) is a part of worship, in which a Muslim displays his belief in One God and demonstrates his appreciation...