God is al-Hakeem – The Wise

Description: An explanation of two names of God that demonstrate that all of His actions have wisdom in them and that His justice is perfect. 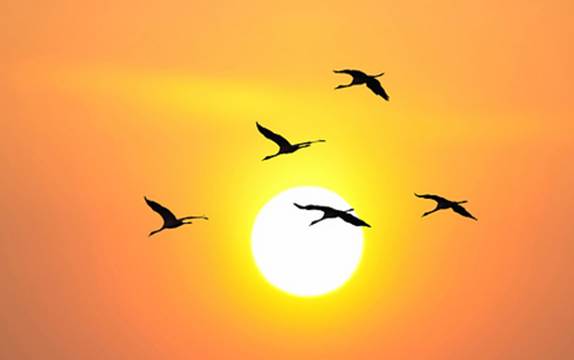 The Quran mentions two names for God that are closely related linguistically.  The first is al-Hakeem (the Wise) and the second is al-Haakim (the Judge).  God is referred to in the Quran as "the Wise" 93 times and as "the Judge" six times.

God refers to Himself as the Judge when He says: "Shall I then seek a Judge other than God? And He it is Who has revealed to you the Book (which is) made plain?" (Quran 6:114)

And where He says: "And Noah called upon his Lord, and said: ‘O my Lord! Surely my son is of my family! And Your promise is true, and You are the Most Just of Judges!’" (Quran 11:45)

To be wise means to know things as they are, act towards them accordingly, and afford everything in its proper place and function.  God says about His creation: "You see the mountains and think them firmly fixed, but they shall pass away as the clouds pass away.  (Such is) the handiwork of God, who carries out all things with utmost proficiency." (Quran 27:88)

God’s wisdom can be witnessed in His creation, and especially in the creation of the human being, with its mind and soul.  God tells us that He created the human being in the best of forms:

"Indeed, We have created the human being upon the best of forms.  Then we reduced him to the lowest of the low, except those who believe and do good, for they shall have an unending reward.  So who henceforth will give the lie to you about the judgment? Is not God the Best of Judges?" (Quran 95:4-8)

God is the Wise who bestows wisdom upon those of His servants He deems fit.  God says: "He grants wisdom to whom He pleases, and whoever is granted wisdom is indeed given a great good, but none perceive this except those of understanding." (Quran 2:269)

God grants some people an exceptional ability to look into problems and come up with workable solutions, who when faced with a crisis or difficulty can weigh every consideration in a proper and balanced way.  These are the people others consult with and rely upon in various aspects of their lives.  Some people have wisdom regarding social issues.  Others possess wisdom when it comes to interpersonal relations.  There are those who are wise when it comes to economic issues.

The field of consultancy is a vital and important one today.  Many successful consultants are people whom God has blessed with wisdom in their field to complement their knowledge, insight, and experience.

God has sovereignty over all matters in creation.  This is conveyed by the name al-Hakam, which appears in the following verse: "Shall I then seek a Judge other than God? And He it is Who has revealed to you the Book (which is) made plain?" (Quran 6:114)

Furthermore, nothing occurs in creation except by His authority and decree.  God says: "All those who are in the heavens and the Earth ask of Him; every moment He is in a state (of glory)." (Quran 55:29)

Likewise, His decree can be of a legislative nature.  God makes certain deeds lawful and other deeds sinful.  He commands us to do certain things and prohibits us from doing others.  His decree cannot be revoked or overturned by anyone.  God says: "His is the creation and His is the command." (Quran 7:54)

The Quran describes God as the "Best of Judges." This is an affirmation of His perfect justice and immense mercy.  God never wrongs anyone and is never oppressive.  What He legislates for His servants is never burdensome and never unfair.  Rather, the genuine teachings of Islam uphold the rights of all people without bias: the ruler and the ruled, the strong and the weak, the male and the female, the righteous and the sinner, the believer and the unbeliever.  It upholds their rights in times of peace and times of war, and under all circumstances without exception.

God is Wise and He is the just Judge.  In Islamic beliefs, no one is ever understood to bear the sin of another.  No one is ever wronged by God.  No sinner is ever punished for more than the magnitude of the sin committed and no good deed ever goes without a reward.

God says: "Indeed, those who have believed and done righteous deeds – indeed, We will not allow to be lost the reward of any who did well in deeds." (Quran 18:30)