Description: God guides us in the right direction by asking the pivotal question, isn’t it time you came to your senses and humbled yourself?  Making the same mistakes as the People of the Book will only lead to hard-heartedness and ultimate failure He says, and likens the hard heart to dead infertile ground.  God also offers a solution.

"Is it not time for the believers to humble their hearts to the remembrance of God and the Truth that has been revealed, and not to be like those who received the Scripture before them, whose time was extended but whose hearts hardened and many of whom were lawbreakers?

Remember that God revives the earth after it dies; We have made Our revelation clear to you so that you may use your reason." (Quran 57:16 & 17) 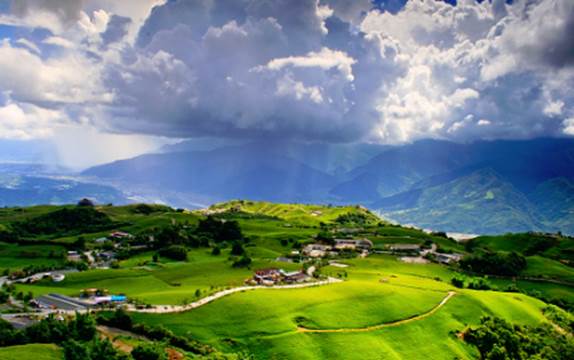 These two essential verses from the Quran come in the middle of Chapter 57 entitled Iron.  The chapter was revealed in Medina, approximately four years after the migration of Muslims from Mecca.  They were building the fledgling Muslim state and were living lives of ease in comparison to the hardships and difficulties they had experienced in Mecca.

It is human nature to turn to God in times of hardship and then forget that connection in times of ease.  No doubt the Muslims were fulfilling all their obligations but the emotional connection a person has with God when they are feeling overwhelmed may have been missing.  Thus these two verses were revealed to address that situation.

In the previous verses, God gave a vivid description of those who would be deprived of light on the Day of Judgement.  These two verses reveal how to avoid that fate.  They both remind and warn those whose faith is lacklustre or weak and they encourage those who have lost their way.  It is a wake-up call, as if God is admonishing and asking us, "Isn’t it time you humbled your hearts!?"

Verse 16 tells us that the way to humble our hearts or to soften hearts that have become hardened is through the remembrance of God, and by developing a relationship with the Quran.   Remember God whenever possible; keep your lips moist with that remembrance.  Developing a relationship means making time to read and ponder the words of the Quran.  It means not just thinking of the Quran as a casual coffee table book to be kept on display and brought out at special occasions.  Connect to God through His book.

When a person tries to keep God at the centre of his or her life, remembering Him often and pondering and reciting the Quran, hardened hearts can be softened and virtues such as excellent moral and altruistic behaviour begin to manifest themselves again.  This verse encourages a person to repent and seek forgiveness and there are many stories of the power of this verse throughout Islamic history.

Al-Fudayl ibn Iyad (Died 803 CE) was a Muslim who nevertheless made his living by robbing caravans between Syria and Khorasan (Persia).  At the same time, he was in love with a woman with whom he often had illegal sexual intercourse.  The story goes that one day he was climbing a wall, either to meet the woman or to watch a caravan and plan a robbery when he heard verse 16 of chapter 57 being recited.  It was as if God was speaking directly to him and asking; isn’t it about time Al-Fudayl that you repented from your many sins?  His heart was not so hardened that the recitation of the Quran could not affect him.   The Quran penetrated his heart, and he immediately reformed and repented.  After seeking knowledge in Iraq he moved to Mecca and studied under the great Islamic scholar Abu Hanifa.

Verse 16 continues with God telling us not to be like those who came before, the People of the Scripture (Jews and Christians).  He asks us to learn a lesson from their behaviour.  They had Prophet after Prophet yet many of them persisted in ignorance and denial.  They refused to obey God’s commandments, misinterpreted and abused their own laws.   Over the passage of time their hearts hardened.   When Prophet Jesus arrived his message brought about many moral improvements but many of the people were lawbreakers.  Some denied Jesus and others then went too far, worshipping him instead of worshipping the One God who sent him.

Verse 17 tells us the solution to hard-heartedness.  It asks us to remember that God revives the earth after it dies.  Imagine a patch of infertile land, dry, withered and brown.  It appears almost impossible that this land could blossom into life; it is so hard that even a shovel cannot penetrate it, but what happens when God send down His mercy in the form of life-giving rain.  Suddenly the land springs to life, it becomes lush, green and fertile.

Throughout the Quran, there are several places where rainfall is compared to the coming of a Prophet because when someone effectively delivers the message the affect it can have is similar to the affect the rain has on dry earth.  Just as the dead earth blooms after it receives the rain, people whose hearts and minds have been closed will find them blossom when they hear the words of revelation.  Hidden virtues that have been suppressed in a hard heart will begin to manifest in virtuous behaviour and good deeds.

God is capable of turning a hard heart into one that is soft, lush and fertile.  If we turn to Him, His forgiveness and mercy will perform a similar miracle to that of reviving the infertile land.  This verse tells us that nobody should ever lose hope in God’s mercy.  If a person’s heart has been hardened by lack of devotion or lack of humility, the solution is easy.  Turn to God in repentance, read the Quran every day, try to understand and ponder the meanings of the verses you read, remember God often and keep your connection to Him as your central goal.  Human beings have been given the ability to reason and if we use this God-given trait we will understand His revelations.

Subhaana llah, this verse explanation really soften my heart. May Allah SWA rewards you immensely for work you're doing for Islam.