The Prophet’s Daily Assembly (part 2 of 2)

Description: The Prophet's daily gathering in the mosque every morning was for much more than imparting religious knowledge.  Part 2: Time for consultation, advice and sharing. 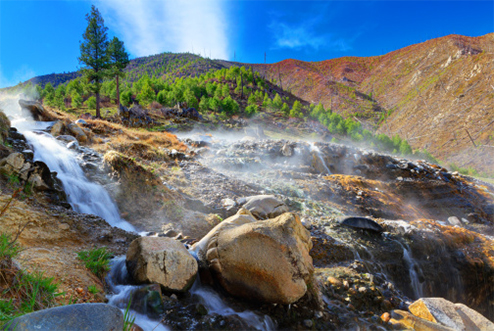 The morning assembly is a time for consultation on important community matters and current affairs. The Prophet consults with his Companions on almost everything, in accordance with the commandment in the Quran: "Consult with them in their affairs." (Quran 3:159)

The Companions sometime take turns in attending the assembly. For instance, Umar recalls: "I lived in the upper reaches of Madinah, so I would take turns with one of my neighbors in attending the Prophet’s meetings. One day he would go, and on the next day I would go. When it was my day to go, I would return and relate to him what happened on that day, including anything that was revealed to the Prophet, and he would do the same for me when it was his turn."

The Prophet, may the mercy and blessings of God be upon him, sits among his Companions as an equal. There is nothing to set him apart from his fellows. A stranger who comes there for the first time will not know at first glance which of them he is, and they often have to ask if he is among them. Sometimes, they might notice the characteristic light in his countenance and extra gentleness of his expression. In the final year of the Prophet’s life, the Companions will seek his permission to make for him a small clay bench so people will be able to readily identify him. He will permit them to do so for practical reasons, since this year will go down in history as the year of delegations, when representatives from all over Arabia will come to Madinah to pledge their allegiance.

Prophet Muhammad divides his attention between his Companions equally from the time they assemble until the time they depart. Each of them leaves with the impression of enjoying his special favor and attention.

Sometimes, someone sends a gift of food to the Prophet, which he shares with everyone. On one occasion, someone sent a large bowl of stew to the mosque as a gift to the Prophet. They all ate from it, passing it repeatedly from one person to the next, and there was enough food that it took them until nearly noon to finish it off. They were surprised at how much they were all able to eat from that single bowl. One man asked: "Was someone refilling the bowl?"

On another occasion, a sheep was sent to his home as a gift. This was at a time when food was very scarce. He instructed his family to prepare it, augmenting it with some bread that they had. When they did so, he had the food placed in a large bowl which needed four people to carry it. After performing prayer in the mosque on that morning, he had that bowl brought in. His Companions gathered around it. Only after they grew in number, the Prophet also kneeled down. A Bedouin visitor asked: "What kind of assembly is this?"

The Prophet replied: "God sent me as a generous servant, not as an arrogant tyrant. Everyone, eat from what is immediately in front of you, and leave what is still piled up in the middle, and you will be blessed in what you eat." After a while, he added: "Take it and eat it, for I swear by Him in whose hand is Muhammad’s soul, Persia and Rome will be opened up until food becomes plentiful, and people will forget to mention God’s name over it."

The morning assembly might go on for a long time, or it might be brief, depending on the community’s circumstances. In any case, by late morning the assembly is over and the Prophet stands up, but only after saying: "Glory be to You, O Allah (God), my Lord, and may You be praised. I bear witness that there is no god but You. I seek Your forgiveness and I repent my sins to You."

On the first occasion when the Prophet uttered this supplication, his Companions asked him about it. He said to them: "With this, we atone for whatever sins were committed during the gathering." He also explained once to Aishah that: "For those who said something good, this supplication will be a seal upon what they said until the Day of Judgment. For those who said something bad, it will be an expiation for what they said."

Before he departs, he also invokes a prayer for his Companions: "O Allah (God)! Grant us to fear You enough that it prevents us from disobeying You. Grant us the ability to be obedient to You so that we attain Paradise. Grant us the certainty of faith that makes it easy for us to bear the trials of life. O Allah (God)! Let us enjoy our strength and our faculties of hearing and sight as long as You let us live, up to the very end. Give us vindication over those who oppress us and aid us against those who show us hostility. Do not make the world an affliction to us, and do not let it become our chief concern or the whole of our knowledge. Do not let anyone have power over us who will not show us mercy."

The Companions all get up and go their separate ways, some to their vocations and others to their homes to take a brief rest before noon.

As for the Prophet, may the mercy and blessings of God be upon him, he goes home today. On some days, he might use this time to visit the market, or honor someone’s invitation, of carry out some task he needs to complete.