The Prophet’s Daily Assembly (part 1 of 2)

Description: The Prophet's daily gathering in the mosque every morning was for much more than imparting religious knowledge.  Part 1: Casual, friendly and caring moments. 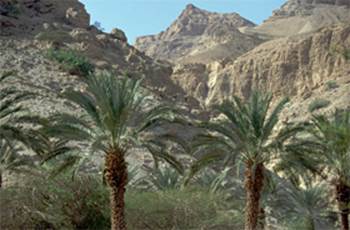 After visiting with all the members of his household in the late morning, Prophet Muhammad, may the mercy and blessings of God be upon him, returns to the mosque.  The first thing he does is offer two units of prayer before sitting down.  He prays in his preferred spot, by a column which is known today as the Emigrants’ Column in the middle of the Rawdah in the Prophet’s Mosque.

He then takes a seat against the eastern wall of the mosque, which is the wall attached to his houses.  Aishah’s room is on the other side of the wall.  His Companions gather around him as they do every day at this time.  Whoever wishes to speak with the Prophet knows to go to the mosque at this time.  It is an open assembly, and the number of people in attendance varies, depending on how much free time they have.  When numbers are few, they gather around the Prophet in a circle.  When they are many, they arrange themselves in rows on his right and left, so that any outside visitor who might come can easily approach him.

The Prophet, may the mercy and blessings of God be upon him, frequently beseeches God’s forgiveness during this assembly.  His Companions notice how he never tires of making penance and asking God to forgive him.  He invokes the following prayer more than a hundred times before the assembly is over: "My Lord! Forgive me and pardon my sins.  Indeed, You are the Relenting One, the Oft-Forgiving."

Some people come to the assembly bringing the first pickings of the date harvest.  Dates are Madinah’s chief crop and the staple of the people’s diet.  The harvesting of the year’s first fruit is always an occasion for joy, so they share this with the Prophet.  He takes the dates in his hands and says: "O God! Bless us in our produce.  Bless us in our city.  Bless us in each measure we measure out.  O God! Truly Abraham was your servant, friend, and prophet, and truly I am your servant and prophet.  He prayed to you on behalf of Mecca, and now I pray to you on behalf of Madinah for the same that he prayed for, indeed for double the blessing."

Thereafter, the Prophet calls the youngest member of his assembly to come to him and he gives that child the dates.

There is time enough during the assembly for light-hearted speech and funny anecdotes.  The dignity and prestige of the Prophet’s assembly does not prevent his Companions from joviality.  The Prophet relates the following parable:

A man in Paradise will ask his Lord to allow him to engage in farming.  God will ask him: "Do you not have everything you desire?" The man will reply: "Certainly, my Lord.  It is just that I love farming." He will begin planting seeds, and as soon as they are sown, they will grow to their full height and are harvested.  The crops will be like mountains.  God will then say: "This is paltry for you, O son of Adam, since you are insatiable."

There is a Bedouin in the assembly today, a visitor from the outlying deserts.  After the Prophet finished speaking, the Bedouin says: "O Messenger of God! I swear by God that you will find that man to be either a Quraishi tribesman or a person from Madinah, because they are farming folk.  As for us, we are not farmers." Upon hearing this, everyone in the assembly, including the Prophet, laughs with the Bedouin.

Meeting with people from outside Madinah is one of the purposes of this morning assembly.  It is the custom of visitors and delegations to spend the night of their arrival outside the city limits and to enter the city after sunrise, so that they meet with the Prophet in the mosque during his assembly.

This had been the case with the delegation from tribe of Mudar.  Upon their arrival in the mosque that morning, the Prophet could see how they were suffering from poverty and fatigue.  His sorrow for them was clearly visible on his face.  After the noon prayer on that day, the Prophet delivered a sermon about the virtues of giving in charity, until his Companions had donated to the visitors from Mudar a large pile of food and a large pile of clothing.

On another morning, he had received a delegation from the Abd Qays tribe.  He greeted them, saying: "I welcome your delegation, you who have never met with disgrace and who will never meet with regret."

It is likely that when the angel Gabriel came to the Prophet in human form, it happened during one of these morning assemblies.  Gabriel had appeared as a man with jet black hair wearing extremely white clothes.  He showed no signs of having been travelling, and nobody knew him.  He came up to the Prophet and asked him about Islam, faith, virtue, and the signs of the Last Day.

It was also during one of these assemblies that Dimam ibn Tha’labah approached the Prophet, asking him about the religious obligations a Muslim must observe.  When Prophet Muhammad described to him the duties of faith, prayer, fasting, charity, and the pilgrimage, Dimam made the famous reply: "I swear by Him who sent you in truth, I will do no more and no less than what you have said."

Then he turned and departed, at which point the Prophet said: "If he is telling the truth, he will enter Paradise."

Next: The Prophet’s Daily Assembly (part 2 of 2)