Description: A short chapter that delves deeply into the fact that the religion of God needed Prophet Muhammad and a clear scripture, the Quran, to warn and guide the people of disbelief to the straight way. 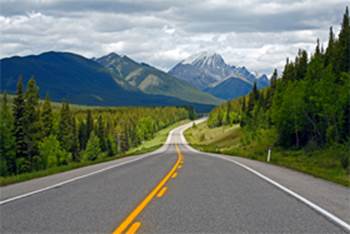 The Clear Evidence is one of the short chapters found towards the end of the Quran.  It contains only eight verses yet covers a number of themes including the coming of Prophet Muhammad, may the mercy and blessings of God be upon him, why it was necessary to send him with a new revelation, and the importance of respecting and acting upon knowledge.  This chapter takes its title from the closing words of the first verse – the clear evidence.

Chapter 98 also deals with a number of details about the history of faith.  Prophet Muhammad was essential to the reform of people since all of humanity had fallen into disbelief.  The discord and conflict among the People of the Book did not arise out of ignorance rather they chose conflict even after they had been given clear evidence.  And the religion of God is and has always been the same.

Verse 1 What brings about change

The unbelievers – be they the People of the Book (Jews and Christians) or the idolaters and polytheists - are not going to change their ways and leave their disbelief until clear evidence comes to them.

They will not be parted from their erroneous ways and their superstitions until they see proof.  It implies that there was no way that they could be released from their state of unbelief except with clear evidence from God.  Corruption had crept in to all creeds and doctrines and there was no anticipation of improvement except with clear evidence.

Verse 2 & 3 What is the clear evidence

(The clear evidence is) a messenger from God reciting pure scriptures that contain the rules and laws of God.

The clear evidence is Prophet Muhammad.  He is the proof that the unbelievers need; in his essence, in his dealings with others, and in his manners, morality, and principles.   He recites to the people from purified scriptures that contain no errors or falsehood.  This is the Quran.

Verse 4 Those that came before

The People of the Book did not divide and deviate because no clear proof had been sent to them but because they chose the wrong way of their own free will.   They divided into sects only after Jesus, the Prophet of God and the clear evidence for the Jewish people, had been sent to them with the Gospel.  They were divided in matters of faith.  Those who followed Jesus began to split into hostile and belligerent sects and denominations.

Likewise, since the previous scriptures are no longer pure and a source of guidance, God by sending a final messenger of His with clear evidences, has again fulfilled His obligation towards them.  If they remain divided after that and do not embrace the true faith, then they themselves should be responsible for it and should have no excuse left to plead before God.

God commanded only that they worship Him with sincere devotion.  They were asked to be true to their faith, to establish the prayer and to pay the obligatory charity.  That, says God, is the true religion.

This is what all the prophets of God had tried to tell their people, and it is also what their various revelations had prescribed for them.  Proof was given to the People of the Book, now it has been given to them again in the form of Prophet Muhammad and the Quran.  Prophet Muhammad is now saying exactly the same thing that the prophets before him said.   He is the last messenger who comes with the final, complete and perfect message.  The previous revelations have been changed, corrupted or forgotten.  Religion is clear in its original form and the core of faith is simple.

Verse 6 The worst of creation

Those who have disbelieved – be they the People of the Book (Jews and Christians) or the idolaters and polytheists - will dwell for all time in the fires of Hell.  God calls them the worst of all creation.

Verse 7 The best of creation

On the other hand, those who believe and do good deeds are the best of all creation.

They are superior to all of creation, even the angels because the angels are not capable of disobeying whereas humankind has free will and is able to choose to either obey or disobey God’s commands.

The people who are called the best of creation will have their reward.  They will be with their Lord (God) in Gardens under which rivers flow.  They will dwell there forever.  They will be eternally happy and peaceful in splendid and satisfying surroundings.  God is pleased with them and they will be pleased with God.  This is a refined touch to the usual way that Paradise is described.  The pleasure of God is far more exalted then just happiness; it expresses unique connotations.   This eternal bliss is what awaits those who fear God.