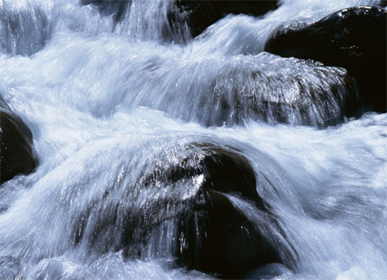 This chapter was revealed in Mecca and contains 99 verses.  Its title comes from the Rocky Tract that is mentioned in verses 80 to 84.  The majority of scholars believe this refers to the people of Thamud and the rocky tract is an allusion to their stone cities.  Its topics and style are very similar to Chapter 14, Abraham, and it is believed that they were revealed at around the same time.  In this chapter we learn about God’s boundless grace and the inherent danger in Satan’s plans for humankind.

The chapter begins with the same combination of letters that began chapter 14 - Alif, Lam, Ra.  Over the centuries there has been much speculation as to the meaning of these combinations of letter that begin 29 chapters of Quran.  Their meaning however, is known only to God.  The Quran makes the truth manifest.

Verses 2 – 15 Lessons from the earlier nations

The disbelievers will one day come to wish that they had submitted themselves to God.  For the moment they are distracted and enjoying themselves but one day they will understand.  God has never destroyed a people except at the time that was previously decreed.  They call Prophet Muhammad, may the mercy and blessings of God be upon him, insane and ask him for angels but the angels will only appear to strike them down.  God has revealed this reminder, the Quran and it is He who will preserve it.  Messengers were sent to earlier nations and they were all mocked and ridiculed by their own people.  This was how the truth slipped through the disbeliever’s fingers.

Some people will not believe even though they know the stories of the people who came before them.  Even if God had opened a gate in heaven they would believe themselves to be dazzled and bewitched as they watched themselves ascend.

God created the heaven and made it beautiful by filling it with constellations.  He protects it from the devils and those who try to eavesdrop on the inhabitants of the heaven are followed by a fiery comet.  God spread out the earth and set mountains into it.  He caused vegetation of many kinds to grow in a balanced order.  There is a means of sustenance for every living thing.  There is nothing that God cannot send down in the appropriate measure.  He sends the winds to fertilise the earth, the rain to provide water.  Humankind has no control over this.  It is God who controls life and death and He knows who has existed in the past and will exist in the future.  In the end God will gather them all together.

Humankind was created from clay (altered black mud) and the jinn were created before humankind from smokeless fire.  When God created Adam he told the angels to bow down before him (Adam) and they did.  One called Iblees (also called Satan) refused.  Iblees was cast out and cursed until the Day of Judgment.  He asked for a reprieve until that Day and God granted it to him.  Iblees vowed to mislead humankind and make disobedience attractive to all of them except the ones sincerely devoted to God.  God said that the misguided ones would go to Hell, an allotted number through each of the seven gates of Hell.

Verses 45 – 51 Gardens for the righteous

The righteous however will enter into gardens and springs.  They will be told to enter in peace and security.  All resentments and bitterness will be removed from their hearts.  They will treat each other like close family members.  It is a place from which they will never be turned out and they will never be tired.  God is merciful but His punishment is severe.

Prophet Abraham was afraid when the angels visited him even though they greeted him with peace.  They allayed his fears and told him that he would have a son.  It was good news but he could hardly believe it because he was very old.  Never despair of God’s mercy.

Prophet Abraham asked the angels about the purpose of their journey and they replied that they had been sent to punish a guilty nation.  Prophet Lot and his family were to be the only people saved from the wrath of God.  Lot’s wife however would not be saved.  When the angels arrived they explained to Lot that he must leave with his family in the last hours of the night and told him to walk behind them, to protect them.  They were instructed no to look back and that by morning all the sinners would have been eliminated.

In the meantime the people of the town rejoiced that Lot had guests.  They wanted to commit homosexuality with these handsome looking men (who were actually angels who had come in the form of humans).  They came to Lot’s door and he begged them not to disgrace or shame him, even offering his daughters in marriage.  But they continued blindly in their wild intoxication and before sunrise a mighty shrieking blast overcame them.  The town was turned upside down and stones of baked clay rained down upon them.  There is a sign in this for those who will listen and understand.

The Forest Dwellers, believed to be the people of Prophet Shuaib, were also wrongdoers and God took retribution on them.  Both places are still on the open road, plain for all to see.  The people of the Rocky Tract, Al-Hijr, also denied their messenger and ignored God’s signs.  A mighty blast seized the them and even their homes built into the rocks could not save them.

God created the heaven and the earth and everything in between with a purpose.  The Hour will come (where the truth will become apparent), so Prophet Muhammad is advised to overlook and forgive their misbehaviour.  God reminds Prophet Muhammad that He gave him great blessings like the seven oft-repeated verses (the opening chapter of Quran) and the Quran, in which there is light and guidance – so do not look at this world and its attractions, or the transient delights that we have given to its people.  Do not envy what they have in this world, and do not upset yourself with regret for their rejection of you and their opposition to your message.  Prophet Muhammad is further told to be kind to the believers and to tell the people that he is nothing except a warner.  All will be questioned about their behaviour including those who invented lies about the Quran just as others invented lies about their own scriptures.  Deliver the message and turn away from those who associate others with God.

God is enough to stand against all those who ridicule the message.  Those who worship something other than God will soon come to understand their stupidity.  God tells Muhammad He knows how distressed he is by what the disbelievers are saying but that he should cure his distress by praising God, bowing before Him and worshipping Him until the certainty of death arrives.