“Indeed polytheism is a mighty oppression” (part 2 of 2)

Description: There is no sin worse than associating partners with God.  Part 2: List of several disadvantages of polytheism.

The oppression that is polytheism 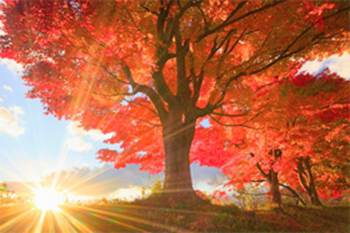 The negative affect of polytheism on a person’s mental and emotional state are numerous.  Some of these have been mentioned in God’s book.  We will briefly mention a few of these by way of example:

God says, conveying to us the words of Abraham (peace be upon him) to his people: "How should I fear (the beings) you associate with God, when you fear not to give partners to God without any authority having been given to you? Which of (us) two parties has more right to security, if you possess knowledge? It is those who believe and mix not their beliefs with oppression.  It is these who have security, for they are rightly guided." (Quran 6:81-82)

The oppression mentioned in this verse refers to polytheism.

2.    Intellectual and moral decline.  This comes from people worshipping others like themselves who possess neither the ability to help or harm them.  Even worse, they worship inanimate objects that neither hear nor see.

God says: "They have taken as lords beside God their rabbis and their monks and the Messiah son of Mary, when they were bidden to worship only One God.  And they were not commanded except to worship one God; there is no deity except Him.  Exalted is He above whatever they associate with Him." (Quran 9:31)

God says: "Why worship that which neither hears nor sees and can profit you nothing?" (Quran 19:42)

He says: "If you invoke them, they will not listen to your call, and if they were to listen, they cannot answer your (prayer).  On the day of Judgment they will reject your "partnership".  None can inform you like Him Who is All-Aware." (Quran 35:14)

He says: "But the supplication of those without faith is nothing but vain error." (Quran 40:50)

3.    The pursuit of uncertainties and lies.

God says: "Behold, verily to God belong all creatures in the heavens and on Earth.  And those who invoke other than God do not (actually) follow (His) ‘partners.’ They follow nothing but conjecture and they do nothing but lie." (Quran 10:66)

4.    Inconsistency in behavior, thought, and worship.

God says: "And most of them do not believe in God without associating (others as partners) with Him." (Quran 12:106)

5.    Confusion and the inability to distinguish between what is beneficial and what is harmful.

God says: "Say: ‘Do you then take (for worship) protectors other than Him, such as have no power either for good or for harm to themselves?’ Say: ‘Are the blind equal with those who see? Or the depths of darkness equal with light?’ Or do they assign to God partners who have created (anything) as He has created, so that the creation seemed to them similar? Say: ‘God is the Creator of all things: He is the One, the Supreme and Overpowering.’" (Quran 13:16)

6.    Crass opportunism and a tendency to take advantage of others.  This is the attitude that people who worship gods beside God exhibit in their relationship with God.

God says: "Yet, when He removes the distress from you, behold, some of you turn to other gods to join with their Lord." (Quran 16:54)

He says: "Now, if they embark on a boat, they call on God, making their devotion sincerely (and exclusively) to Him, but when He has delivered them safely to (dry) land, behold, they give a share (of their worship to others)." (Quran 29:65)

He also says: "And when adversity touches the people, they call upon their Lord, turning in repentance to Him, but when He gives them a taste of His Mercy, behold! a party of them associate partners in worship with their Lord." (Quran 30:33)

They worship God sincerely when they face hardship and after God gives them relief from their hardship, they turn again to worshipping other gods beside God.

7.    Idolatry and other forms of polytheism give Satan a way to have power over the polytheist.   Consequently, many of the polytheist’s behaviors and attitudes are derived from Satan’s whispers and suggestions.

God says: "So when you recite the Quran, seek refuge with God from Satan the rejected one.  No authority has he over those who believe and put their trust in their Lord.  His authority is over those only, who take him as patron and who join partners with God." (Quran 16:98-100)

God says: "Likewise did We make for every Messenger an enemy, devils among mankind and Jinns, inspiring each other with flowery discourse by way of deception." (Quran 6:112)

8.    A narrow, materialistic worldview.  The more blessings he experiences, the more reckless and arrogant the polytheist gets and the more heedless he becomes of his Lord.  He becomes more and more steeped in the worship of his other gods.

God describes such a person in the Quran, saying: "(Abundant) was the produce this man had.  He said to his companion, in the course of a mutual argument: ‘I have greater wealth than you, and am mightier in followers.  He went into his garden while he oppressed himself.  He said: ‘I hold that none of this will ever perish, nor do I deem that the Hour (of Judgment) will (ever) come.  Even if I am brought back to my Lord, I shall surely find (there) something better in exchange.’" (Quran 18:34-36)

Such people are greedy for the worldly life.  God says: "You will indeed find them, of all people, most greedy for life, even more than the idolaters: each one of them wishes he could be given a life of a thousand years: but the grant of such life will not save him from (due) chastisement for God sees well all that they do." (Quran 2:96)

9.    Indecisiveness, perplexity, and incoherence of thought.  A polytheist finds his life always beset with uncertainty on account of the numerous focuses of worship that he has.

God says: "God puts forth a parable: a man belonging to many partners at variance with each other, and a man belonging entirely to one master - are those two equal in comparison? Praise be to God, but most of them have no knowledge." (Quran 39:29)

God says: "Those whom God wills to guide, He opens their breast to Islam; those whom He wills to leave straying, He makes their breast close and constricted, as if they have to climb up to the skies.  Thus does God lay abomination on those who refuse to believe." (Quran 6:125)

These are but a few of the evil affects of polytheism on the people who engage in it.  There are many more.  Far worse than all of these, however, are the consequences that idolatry has on a person in the Hereafter.  A person who dies on polytheism will never be forgiven.  He will be eternally consigned to Hell.

Every benefit and advantage that a person realizes by worshipping God alone is matched by an equal portion of mischief and suffering for the polytheist.

Previous: “Indeed polytheism is a mighty oppression” (part 1 of 2)