“Indeed polytheism is a mighty oppression” (part 1 of 2)

Description: There is no sin worse than associating partners with God.  Part 1: Various forms of polytheism.

"Behold! Luqman said to his son exhorting him: ‘O my son! Join not in worship others with God.  Indeed polytheism is a mighty oppression." (Quran 31:13) 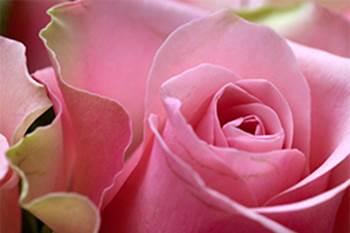 In this verse, the sage Luqman calls his son to avoid associating partners in worship with God, decrying it as a mighty form of oppression.

Polytheism takes various forms.  They are as numerous as the possible ways of worship are numerous.  Just as the ways of practicing polytheism are many, the objects of polytheistic worship are also quite varied.

The most obvious of these are idols and fetishes.  Idols are the statues that are fashioned in the shape of a human being or other creature and worshipped besides God.  Fetishes are whatever is worshipped other than God, whatever form it takes.

The Prophet, may the mercy and blessings of God be upon him, said: "O my Lord do not let my grave be worshipped as a fetish."[1]

The term fetish (wathan in Arabic) has a more general meaning than the term idol (sanam).

They are worshipped in many ways.  Prostration to them is a form of worship, offering sacrifices to them is another, and invoking a vow in their name is another.

Worship also takes the form of devotions of the heart.  Harboring for one of these idols or fetishes the feelings of love, reliance, fear, and hope that are due to God alone or turning to them in repentance is pure polytheism.  It is idolatrous to focus such feelings and devotions upon anyone or anything else besides God alone.

God tells us about those who give over their love and devotion in worship to other than God.  He says: "Yet there are men who take (for worship) others besides God, as equal (with God): they love them as they should love God, but those who believe are overflowing in their love for God." (Quran 2:65)

With respect to fear and awe, God says: "It is only the Satan that suggests to you the fear of his votaries: be not afraid of them, but fear Me, if you have faith." (Quran 3:175)

With respect to trust and reliance being worship, God says: "But in God put your trust if you have faith." (Quran 5:23)

For turning in repentance, God says: "Turn in repentance to Him, and fear Him: establish regular prayers, and be not among those who join gods with God." (Quran 30:31)

In short, everything that is deemed to be a form of worship to God may not be offered to other than God.  It is idolatry and polytheism to do so.  God says: "One who joins other gods with God has strayed far, far away (from the right)." (Quran 4:116)

Idolatry is not confined to the worship of physical statues and fetishes.  There are immaterial idols which people succumb to in their worship, like the whims and vain desires that go against God's religion and His law.  Whoever follows his vain desires instead of God's religion has taken an idol of sorts as a god in worship besides God.

God says: "Have you seen such a one as takes as his god his own vain desire? God has, left him astray upon knowledge and sealed his hearing and his heart, and set a covering upon his sight.  Who, then, will guide him after God? Will you not then receive admonition?" (Quran 45:23)

Following one's whims means the adoption of deviant principles, ideologies and philosophies.  The pious predecessors used to refer to the people who followed their heretical whims and ideas as "the people of vain desires and innovations".

Therefore, we must realize that the worship of idols is not confined to a special type of behavior or a particular form.  The ways of engaging in idol worship are as numerous as all the ways a person can conceivably engage in worship.

In the beginning, humanity was united in pure monotheism.  God says: "Mankind was one single nation.  And God sent Messengers with glad tidings and warnings; And with them He sent the book in truth to judge between people in matters wherein they differed." (Quran 2:213)

Humanity knew nothing of idolatry except after ten epochs had passed from the time of Adam to the time of Noah (peace be upon them both).  This is the time when idolatry and the worship of other than God first took place.  This is why God sent Noah; to call the people to return to the worship of God alone and abandon their idol worship.

When Noah came to his people with this message, they rejected it.  God tells us: "And they said (to each other): ‘Abandon not your gods, abandon neither Wadd nor Suwa`, neither Yaghuth nor Ya`uq nor Nasr." (Quran 71:23)

Ibn Abbas tells us that these names belonged to pious people who had belonged to Noah's nation aforetime.  When those pious people died, Satan inspired the people to erect statues in the places where they used to sit and confer upon those statues the names of those people.  This they did.  At that time, however, the statues were not worshipped.

However, after that generation had passed away and knowledge was lost, those statues were taken as objects of worship.

This state of affairs continued until God sent His Prophet Muhammad, may the mercy and blessings of God be upon him, who demolished them.

All nations had a Prophet to call them to the worship of God alone and to leave whatever else of idols and fetishes they had been worshipping.  God says: And there has never been a people who have not had a warner live among them." (Quran 35:24)

Next: “Indeed polytheism is a mighty oppression” (part 2 of 2)