“We have honored the children of Adam”

Description: The concept of human dignity in Islam and how Islamic law supports it.

"Truly, We have honoured the children of Adam. We carry them on the land and the sea, and have made provision of good things for them [to eat], and have preferred them above many of those whom We created with a marked preferment." (Quran 17:70) 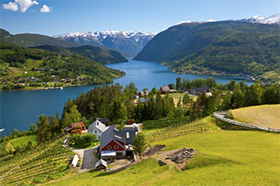 The idea of human dignity in Islam is as old as Islam itself. It comes straight from the Quran and the Prophet’s Sunnah (teachings). It is not the result of social or political evolution, as it is in the case of other systems of thought, in which the idea of inalienable "human dignity" is a relatively modern idea, developed after a long evolution in the legal, social and political spheres.

The Quran explicitly states that the children of Adam are honoured. Many centuries later, the Universal Declaration of Human Rights would echo this verse, saying: "Whereas recognition of the inherent dignity and of the equal and inalienable rights of all members of the human family is the foundation of freedom..."

The dignity of "the children of Adam" is a constituent element of the Islamic belief system, and it is strongly linked to religious beliefs and ethics.

The very term "children of Adam" already excludes any discrimination based on race, colour, or gender.

Human dignity is universal, since all human beings are Adam’s descendants, are firmly established by religious texts that not only uphold this principle, but also evokes penalties for its violation.

For instance, human life is sacred. God says: "And that you do not take the life which God has made sacred, save in the dispensation of justice." (Quran 6:151)

A penalty is incurred in the event a violation. God says: "O you who believe! The law of equity is prescribed for you in the matter of the murdered." (Quran 2:178)

It is a penalty that is applied in respect of specific legal conditions detailed in the books of Islamic law (fiqh). These are conditions that guarantee the rights of the both society and the individual.

Similarly, charity is an institution to uphold the dignity of all human beings and ensure that their basic needs are met. God says: "And in whose wealth there is a right acknowledged for the beggar and the destitute..." (Quran 70:24-25)

The obligation of zakat (obligatory almsgiving), which is one of the pillars of Islam, specifically allocates a share of people’s property to foster social solidarity in Muslim society. God describes in the Quran the categories of people who are entitled to receive these funds from society for their livelihoods: "The alms are only for the poor and the needy, and those who collect them, and those whose hearts are to be reconciled, and to free the captives and the debtors, and for the cause of God, and (for) the wayfarers [in need]." (Quran 9:60)

Human dignity is the basis for human equality. The Quran teaches that the only real criterion by which people surpass each other is that of piety– and the performance of righteous deeds that result from it. The Quran states: "O humanity! We have created you male and female, and have made nations and tribes that ye may know one another. Lo! The noblest of you in the sight of God are those with the greatest piety." (Quran 49: 13)

Islam warns never to discriminate against people on the basis of race or skin colour. When a Companion of the Prophet yelled at another Muslim by calling him "the son of a black woman" the Prophet scolded him and told him that his words echoed the ignorance of the days before Islam. Such an attitude was that of primitive and ignorant societies. The noble Companion then laid his cheek on the ground in front of the person he insulted and then asked that person to forgive him.

Ever since the Quran was revealed, human dignity has never been a mere slogan, but rather a principle that is integral to Islam’s legal system, beliefs and ethics.

Indeed, it is distinguished by the fact that it relies on a general conception of Islamic beliefs. In Islam, human dignity is an important and irrevocable right established on clear foundations.

To begin with, human beings are the noblest and most favoured of creatures. Their honour comes from the fact that God shaped their first father with His own Hands. God says: "So, when I have made him and breathed into him (Adam) the soul which I created for him." (Quran 15:29)

The Quran shows that, of all creatures, human beings are the most perfect, considering their constitution and morphology. God says: "Surely We created the human being of the best of forms." (Quran 95:4)

This does not prevent human beings from having weaknesses inherent in their creation, and indeed God says: "Truly the human being was created weak." (Quran 4:28)

Many verses of the Quran assert that God has placed the world at the service of humanity. The universe itself, through its course and regularity, the day and night, as well as the path of the Sun, the Moon, the stars and planets in their respective orbits, shows us innumerable aspects of God’s blessings toward humanity and many signs of His greatness and power.

Thus, the dignity God has conferred upon humanity is not just an honorary epithet, but an integral part of Islam, supported and confirmed by many passages of the Quran and Sunnah. This human dignity persists from the time a person is born, throughout life, and even after death.

Indeed, children are a blessing for their parents at the time of their birth. From that time on they are unique persons who deserve to live and enjoy their rights in human society. Then when they die, they are treated with dignity. They are washed and then a funeral prayer is conducted for them where people pray for them to receive God’s mercy and forgiveness. Islam warns us not to violate the sanctity of the human body except for a legitimate need. Therefore, it is forbidden to mutilate a body even of the deceased who cannot feel anything. The Prophet also forbade breaking the bones of the deceased, in respect for the dignity God has conferred upon the human being.

Aishah reported that God’s Messenger said: "Breaking the bones of a dead person is the same as breaking them while he is alive."[1]

Islam was the first value system in history to recognize human dignity in such a comprehensive manner, long before all of the conventions and treatises that have been drafted in the modern era. Muslims have appreciated this for more than fourteen centuries.

This dignity is granted by God, and it is general to all human beings, regardless of their ethnic origin, colour or social standing.

Islamic Law protects the rights of non-Muslims living in Muslim lands. It guarantees the sanctity of their lives, persons, honour and property, whether as members of the Muslim polity or as people at peace with the Muslim polity living outside of it.

These matters are described in detail in the Quran and Sunnah. They are further expounded upon in the books of Islamic Law that draw upon those two sources.