The Happiest of All People

Description: The happiest of all people were the Prophets, in spite of the fact that they suffered more than anyone else. 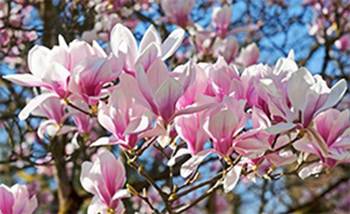 The happiest people who ever lived on the face of the Earth were the Prophets.  This is in spite of the fact that they suffered more than anyone else.  They had to endure severe persecution in delivering the message that God had entrusted them with.  Beyond that, they were subjected to the same difficulties that all other human beings suffer from, like illness, poverty, hunger, and thirst, and often to a greater than usual degree.

Once, Prophet Muhammad, may the mercy and blessings of God be upon him, was suffering from a bad fever such that his forehead was drenched in sweat and he was quite visibly suffering.  One of his Companions said to him: "You are suffering from quite a severe illness."

Prophet Muhammad replied: "Yes.  I must endure illness of double the severity of the illnesses that you must endure."[1]

He also suffered from starvation.  Once, during the time of persecution, the Prophet, may the mercy and blessings of God be upon him, came out from his home and found Abu Bakr and Umar were outside.  He asked them: "What brings you out at this hour?" They told him that it was hunger which brought them out.  The Prophet then said: "By God, the same thing that has brought you out of your homes has brought me out as well."

At times, like during the Battle of the Trench, the Prophet faced hunger so severe that he had to tie two stones to his stomach in an attempt to relieve the pain.

The Prophets all had to endure the persecution of their people on account of the message God sent them with.  However, the Prophets hearts were strong.  Moreover, they

remained open-hearted and magnanimous to the people and they persevered until their defeats were turned to victories.

The beauty of their lives is startling.  In spite of what they had to endure, they knew more happiness and contentment than any other people.  This can be seen in how they behaved and how they responded to what they encountered in life.

We see this extraordinary contentment in the life of Prophet Muhammad most clearly when he faced the greatest of difficulties.  For instance, once he went to spread the message of Islam to the people of Ta’if.  They not only rejected his call, but had the children and ruffians of the town drive him away by pelting him with stones.  He escaped from the city with his shoes soaked with his own blood, and his body covered in blood and dirt.  Once safely away from the city, he raised his voice to God in supplication:

O Allah (God)!  I complain to You of my weakness, my lack of resources, and my weakness before the people.  O Most Merciful of those who are merciful.  O Lord of the weak and my Lord too.  To whom have you entrusted me? To a distant person who receives me with hostility? Or to an enemy to whom you have granted authority over my affair?

So long as You are not angry with me, I do not care.  Your favor is of a more expansive relief to me.  I seek refuge in the light of Your Countenance by which all darkness is dispelled and every affair of this world and the next is set right, lest Your anger or Your displeasure descends upon me.  I desire Your pleasure and satisfaction until You are pleased.  There is no power and no might except with You.

True faith in God is what brings this kind of contentment and happiness to the hearts.  This does not mean that life for the believer will be free of hardships.

When we speak of the passage of time -- when we speak of weeks, months, years , and ages -- we are speaking about life.  The dead do not experience time.  Centuries go by and they are heedless of it all.  God has made this life a trial for the living.  God says: "He who created death and life to test which of you would be best in deeds." (Quran 67:2)

But God did not leave us in this world on our own.  He sent Prophets and scriptures to us to illuminate our way through life.  This guidance is not only to show us how to attain happiness in the Hereafter, but it is also for this life.  Many people think religion is only about the Hereafter, that its benefit is limited to the next life.  The truth is that just like religion shows us the way to attain God’s pleasure and the reward of Paradise, it is the way by which a believer realizes true contentment and a happy heart in this world as well.  True happiness can only come from faith and knowledge of God.

God says: "Is one whose heart God has opened to Islam, so that it has enlightenment from God (no better than one who is hard-hearted)?  Woe to those whose hearts are hardened against remembering God!" (Quran 39:22)

This is very good.