Description: Jesus denies divinity on the Day of Judgement.

And (remember) when God will say (on the Day of Resurrection): "O Jesus, son of Mary! Did you say unto men: ‘Take me and my mother as deities beside God?’"  He will say: "Glory be to You! It was not for me to say what I had no right (to say).  Had I said such a thing, You would surely have known it.  You know what is in my inner-self though I do not know what is in Yours; truly, You, only You, are the All-Knower of all that is hidden.  Never did I say to them except what You commanded me - worship God, my Lord and your Lord. And I was a witness over them while I dwelt amongst them, but when You took me up, You were the Watcher over them; and You are a Witness to all things.  (Quran 5:116-117) 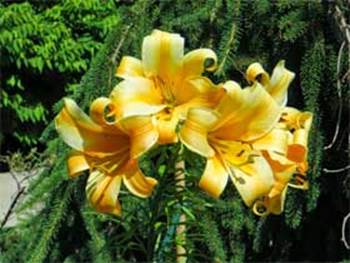 These two essential verses are from chapter five of the Quran, entitled Al-Maidah, or in English, The Table spread with Food.  It is one of three chapters that deal extensively with the life of Jesus and his mother, Mary.  This chapter was revealed in Medina and comprehensively discusses the Oneness of God.  It also rejects all forms of polytheism, trinity, the association of partners with God and the possibility of equals to Him.   The two verses we will discuss, verses 116 and 117 are in the last five verses of the chapter and can be thought of as a great admonition and warning to the Christians of the world.

On the Day of Judgement a conversation will take place between God and Prophet Jesus.  It is in fact a testimony made by Jesus when God asks him if he told humankind to worship him (Jesus) and his mother as deities.  We know and understand very well that God knows exactly what Jesus said to the people however this interaction is meant for those watching and listening rather than to the one who is addressed, Jesus, Prophet and servant of God.  For anyone to claim that he is equal to God is a horrendous offence, therefore Jesus’ answer is tinged with fear and awe.

Jesus begins by glorifying God and then immediately denies that he said this.   He is shocked and refutes all knowledge of such a grievous sin.  He says he is innocent and that it is all a fabrication.  At this point it is interesting to note that Muslims understand Jesus and his role according to the Quran and the narrations and sayings of the Prophet Muhammad.   Jesus was but one in a long line of prophets calling the people to worship One God.   Quran explains this clearly, so too did  the teachings of Jesus.  There are many instances in the Bible where Jesus and his disciples  demonstrate their understanding that he (Jesus) is but a servant of God.

"The God of Abraham, Isaac and Jacob, the God of our fathers, has glorified his servant Jesus." (Acts 3:13)

"Men of Israel, listen to this, Jesus of Nazareth was a man accredited by God to you by miracles, wonders and signs, which God did among you through Him, as you yourselves know." (Peter, the Apostle.  Acts 2:22).

Those who believed in and followed Jesus during his life time did not think that he was God or the son of God.  Any sort of trinity was far from their minds.  Jesus himself never claimed to be God and verses in the Bible describe him as a Prophet.

"And when the chief priests and Pharisees heard his parable they perceived that he spoke of them.  But when they sort to lay hands on him they feared the multitude because they took him for a Prophet." (Matthew 21: 45-46)

As for the divinity of Jesus’ mother Mary, the Bible does not contain even the remotest suggestion that Mary was in any way divine.  Such a concept was totally alien to Christian thinking until the 3rd century C.E.  when theologians in Alexandria began referring to Mary as the mother of God.  Even though the idolatry began to take root, the expression Mother of God was not officially used until around 100 years later after the Council of Ephesus[1].  By the time the Quran was revealed Mary had become an important deity.  Thus we see that on the Day of Judgement Jesus’ denial will be extremely important.

Jesus calls God All-Knowing and thus He (God) knows well that Jesus is innocent of the great sin of ascribing partners to God or the abomination of calling himself God.  The Jesus we read about in the Bible made an effort to distance himself from the attributes that belong only to God.  He said, ‘But nobody knows when that day or hour will come, not the heavenly angels...  Only the Father knows.’ (Matthew 24:36) When a man addressed Jesus as Good Teacher, he replied ‘Why do you call me good? No one is good except the one God." (Mark 10:18)

Jesus states that he did nothing other than call his people to worship God alone.  The responsibility of delivering the message to worship One God weighed heavily on the shoulders of all the prophets.  In his final sermon Prophet Muhammad was anxious to know that his followers would testify that he had delivered the message.  It can easily be assumed that Jesus too would have wanted his followers to testify that he had delivered God’s message and not one that came from his own mind and lips.  He also denies any responsibility for what people did after the end of his time on earth.  Jesus was a witness to his follower’s behavior, and thus holds some responsibility whilst he was among them, but not after he left.

Jesus then says that after he was taken up God was the witness over them.  Christians believe that Jesus died after being crucified, however Quran emphatically denies this.  "…They did not kill him, nor did they crucify him…" (Quran 4: 157) Jesus ascended to heaven and thus no longer had control over what his followers and those in the subsequent generations said about him.  As the time passed the words and teachings of Jesus became corrupted and changed.

This conversation between God and Jesus points out how wrong the corrupted teachings had become over time.  It is a stern warning to be very careful about any associations made between God and Jesus.  These two verses ask us to purge any traces of idolatry that have crept into the previously revealed religions.  In their true form they reveal the truth of the doctrines of Islam.

Yes I do agree with you.Jesus even in the bible testified that he will deny those who did wonders and miracles in his name. Who are those if not Christians?? I reverted to Islam and this site has really helped me teach other the truth. I have sent this article to my Catholic father.I hope ALLAH will guide him. May you be blessed.