“Rivalry in worldly increase distracts you…”

Description: The author beautifully captures the emptiness of the lives of those devoid of God and a meaningful purpose and related it to how the Quran describes it.

"Rivalry in worldly increase distracts you, until you come to the graves. Nay, but you will come to know!" (Quran 102:1-3) 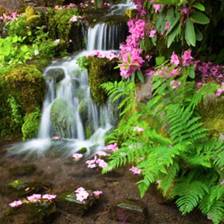 Twenty years ago, I wrote an article which I gave the title "The Age of Reduction". It was published in the book Islamic Views on Contemporary Issues. Now I find the need to talk about "The Age of Increase".

There is no contradiction between these two descriptions of our age. They are two sides of the same coin – a coin we could give the name "wretchedness".
We live in the Age of Reduction with respect to the human being, but it is the Age of Increase with respect to material things.

The reduction we see is in the human spirit. It is in our feelings, our sensitivities, our very humanness. This is while we revel in the excess of material things, go to dizzying heights in building our cities, and rush forward in technological progress. Nevertheless, people are not happy. Human happiness continues to diminish.

We are losing ourselves. We are becoming more and more superficial. Our spirits are shallow. We have lost the richness of our inner sensibilities. We rush towards the material world and our experience becomes inseparable from it, moving, expanding, growing. However, our faith, our inner meaning, and our moral sensibilities are lost on the wayside.

There is an increasing abundance of services, consumer goods, essentials, and amusements. We have more choices of entertainment than ever before. There is more wealth, and more things to buy. Science and technology are advancing at an increasing rate. So why is it that people feel more and more wretched? What have we lost of life’s beauty?

We are becoming closed in by material things more and more every day. We are becoming less social as a consequence, more distant from family and friends, from our spouses and our children. We are even becoming strangers to our own selves. We are slowly blocking ourselves off from each other with invisible walls.
Even the voices that are raised here and there seem to get caught in their throats so that no one really hears them.

This blockade of material things has deluged us. It is difficult for anyone to stand in its way. It moves forward relentlessly and irresistibly. We have put ourselves into a difficult situation from which we cannot extract ourselves.

I am reminded of a play of the French playwright Eugène Ionesco where the protagonist finds himself blocked in by things, which encroach upon him more and more every day, until the protagonist is cut off from everything around him. He is expelled from the world. Even his screams can barely be heard by anyone. Things do not merely posses the ability to exclude the person, but even his ability to speak out, like in a dream or a nightmare where one cannot make an utterance.

I am also reminded of what Leopold Weiss writes in The Road to Mecca about his experiences as a Western man living the incessant and feverish quest for material increase. He reproaches his people for their depression and wretchedness. He writes:

One day -- it was in September 1926 -- Elsa and I found ourselves travelling in the Berlin subway. It was an upper class compartment. My eye fell casually on a well-dressed man opposite me, apparently a well-to-do businessman, with a beautiful briefcase on his knees and a large diamond ring on his hand. I thought idly how well the portly figure of this man fitted into the picture of prosperity which one encountered everywhere in Central Europe in those days: a prosperity the more prominent as it has come after years of inflation, when all economic life had been topsy-turvy and shabbiness of appearance the rule. Most of the people were now well dressed and well fed, and the man opposite me was therefore no exception. But when I looked at his face, I did not seem to be looking at a happy face. He appeared to be worried: and not merely worried but acutely unhappy, with eyes staring vacantly ahead and the corners of his mouth drawn in as if in pain -- but not in bodily pain. Not wanting to be rude, I turned my eyes away and saw next to him a lady of some elegance. She also had a strangely unhappy expression on her face, as if contemplating or experiencing something that caused her pain; nevertheless, her mouth was fixed in the stiff semblance of a smile which, I was certain, must have been habitual. And then I began to look around at all the other faces in the compartment -- faces belonging without exception to well-dressed, well-fed people; and in almost every one of them I could discern an expression of hidden suffering, so hidden that the owner of the face seemed to be quite unaware of it.

This was indeed strange. I had never before seen so many unhappy faces around me; or was it perhaps that I had never before looked for what was now so loudly speaking in them? The impression was so strong that I mentioned it to Elsa; and she too began to look around her with the careful eyes of a painter accustomed to study human features. Then she turned to me, astonished, and said: "You are right. They all look as though they were suffering torments of hell... I wonder, do they know themselves what is going on in them?"

I knew that they did not -- for otherwise they could not go on wasting their lives as they did, without any faith in binding truths, without any goal beyond the desire to raise their own "standard of living," without any hopes other than having more material amenities, more gadgets, and perhaps more power...

When we returned home, I happened to glance at my desk on which lay open a copy of the Koran I had been reading earlier. Mechanically, I picked the book up to put it away, but just as I was about to close it, my eye fell on the open page before me, and I read:


For a moment I was speechless. I think the book shook in my hands. Then I handed it to Elsa. "Read this. Is it not an answer to what we saw in the subway?"

It was an answer: an answer so decisive that all doubt was suddenly at an end. I knew now, beyond any doubt, that it was a God-inspired book I was holding in my hand: for although it had been placed before man over thirteen centuries ago, it clearly anticipated something that could have become true only in this complicated, mechanized, phantom-ridden age of ours.

At all times people had known greed: but at no time before this had greed outgrown a mere eagerness to acquire things and become an obsession that blurred the sight of everything else: an irresistible craving to get, to do, to contrive more and more -- more today than yesterday, and more tomorrow than today: a demon riding on the necks of men and whipping their hearts forward toward goals that tauntingly glitter in the distance but dissolve into contemptible nothingness as soon as they are reached, always holding out the promise of new goals ahead -- goals still more brilliant, more tempting as long as they lie on the horizon, and bound to wither into further nothingness as soon as they come within grasp: and that hunger, that insatiable hunger for ever new goals gnawing at man's soul: Nay, if you but knew it you would see the hell you are in...

This, I saw, was not the mere human wisdom of a man of a distant past in distant Arabia. However wise he may have been, such a man could not by himself have foreseen the torment so peculiar to this twentieth century. Out of the Koran spoke a voice greater than the voice of Muhammad...

Leopold Weiss had read Surah al-Takathur and embraced Islam. We can read above his translation of this chapter of the Quran the way he understood it at that time. His "You are obsessed by greed for more and more" captures much of the essence of the meaning of the verse "Rivalry in worldly increase distracts you."

He articulates the problem when people put a premium on outward appearances and give little value to inner worth, when they prefer worldly success over success in the Hereafter, when they place greater stake in personal interests than they do on ethical conduct, and when they focus their lives on material acquisition over the development of their inner selves.

What happiness have we achieved in this deluge of material excess? How can we recapture our own souls? We know more about the physical aspects of our lives than ever before in history. However, the inner dimensions of our lives have fallen to a disgraceful state.