Description: These verses explain what kind of God He is, what are His attributes, Who has sent the Quran, and before Whom you have to render an account of your deeds in the end. 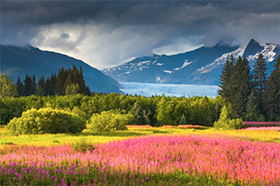 The word generally means believer, but not here.

·       God is the "Most Trustworthy," therefore, God is the One Who will keep all His promises.

·       "The Protector." We ask God to grant us His protection because we are helpless and vulnerable without it.

·       "The Witness." God records the good of those who do good and He records the evil of those who do evil. So the believer increases in faith and he realizes that no matter how small of a good deed he does, al-Muhaiman shall record that deed and reward him for it.  And the sinner becomes scared, and realizes that there is not a single thing that he has done except that al-Muhaimin has recorded it and will be brought forth on the Day of Judgment.

o   The All Powerful.

·       Aziz means that God is so powerful that He can do whatsoever that He wants. In addition to describing the Power of God this name also has the meaning of the One that deserves all of the respect and authority because of that power.

o   One who can force His will and decisions on His creation.

o   One who fills up any deficiency like healing the broken bone and feeding the hungry.

·       The servant is weak, he wants to do something but he does not have the power to do it, or the capability to do it, al-Jabbar can give him that capability. He will fill up any weakness and allow him to achieve that goal.

o   The one who is not actually great but poses as great.

o   The one who is actually great and sets himself up as such:

- Someone or some being who refuses to submit to another.

- One in whose greatness everyone else fades because He is their Master (Rabb).

·       Whether it is the human being, Satan, or another creature, greatness does not belong to it, thus posing as great and claiming superiority over others is a false claim.

God, on the other hand, is truly Great and magnificence actually belongs to Him. Everything in the universe is insignificant in front of Him, therefore, His greatness is not a false claim but actual reality.  From God’s perspective, it is not an evil quality but a virtue which no one else possesses but God.

·       al-Khaliq means the Creator who made without a prototype or former example based on His ever-existing knowledge.

·       al-Bari means after creation, the created beings are not left alone, He created each individual out of nothing and had the power and ability to execute His creative will; He brought them into being from nothingness.

That is, the whole world and everything in it, from the initial plan of its creation till its coming into existence in its final, finished form, is entirely divine work of creation. Nothing has come into existence by itself or is a result of an accident, nor has anyone else the least share in its creation and development. Here, divine act of creation has been described in three separate stages, which take place one after the other.

First is the stage of khalq, which means to ordain, or to plan. It is like an engineer's conceiving the design of a building, which he intends to build for a specific purpose and draws out its detailed diagram and model.

The second stage is bar', which actually means to separate, to cut, to split asunder. The Creator has been called Bari in the sense that He enforces the plan He has conceived and brings out the thing from non-existence into existence. It is analogous to the engineer's putting marks on the ground of the full measurements of the building according to the plan, digging the foundations, raising the walls and completing all the practical preliminaries of the construction work.

The third stage is taswir, which means to give shape; here it implies giving something its final complete shape.

In all these three stages there is no resemblance whatsoever between divine work and human works. None of human plans is such as may not have been derived from previous models and plans. But each plan of God is unique and His own original creation. Human creation is a combination of materials created by God; he does not bring anything into existence from nothing, but puts together the already existing building blocks. Contrary to this, God has brought everything from non-existence into creation, and the substance itself of which He has made the universe is created by Him. Likewise, in the matter of giving shape the human being is not the inventor but an imitator. The real Maker of forms and shapes is God, Who has given a unique and matchless shape to every specie and individual and has never repeated exactly the same shape or form.

·       His wisdom also manifests in His commands and prohibitions.