"But when there comes the Deafening Blast - that Day a man will flee from his brother, and his mother and his father, and his wife and his children.   For each one of them that Day will have enough preoccupations of his own.  Some faces, that Day, will be bright – laughing, rejoicing at good news.  And other faces, that Day, will have upon them dust.  Blackness will cover them.  Those are the disbelievers, the wicked ones." (Quran 80: 33-42) 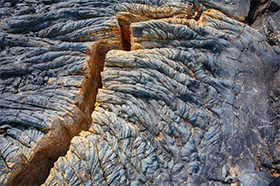 ‘The Deafening Blast,’ or ‘The Stunning Blast’ is the nearest translation of the term, As-Sakhkhah, one of the names of the Day of Judgment in Arabic, the end of all delight and enjoyment.

If you hear the Arabic word recited, you would know that it carries a very sharp tone; it almost pierces the ears.

This effect simply prepares us for the following scene in which we see "that Day a man will flee from his brother, and his mother and his father, and his wife and his children." (Quran 80: 34-36).

Such ties between a person and his nearest relations cannot be severed in the normal course of events.  Yet the deafening blast destroys these very links and throws them up into the air.

In this world the relations between siblings may often turn sour but one cannot even think to be separated from the parents.  The calamity of that Day will be so great that even parents will lose their significance as well as spouses and children.

"Fleeing" may mean that when he sees those who were nearest and dearest to him in this world, in distress, instead of rushing forth to help them, he will run away from them in case they should call out to him for help.

It may also mean that when they see the evil consequences of sinning for one another and misleading one another, fearless of God and heedless of the Hereafter in this life, each one would flee from the other in case the other holds him responsible for his deviation.

These are the same people for whom we live.  Just to keep them happy we give up other important things, even ignoring the rights of God.  How often we hear this excuse that we cannot follow such and such because our families don’t like it.  But then why do they become strangers on that Day when we will be in most need of help?

This is the reality we must face: each one of us will be so engrossed with our own concern that it will be impossible for us to consider anyone else.  It is a very important reminder from God that even though we must give the rights of our loved ones, it is not appropriate that we disobey God because of them.  Because no matter how much they seem to love us today they will not help us in the life to come.

The fearfulness depicted in this scene is purely psychological.  It strikes the soul, isolates it, and holds it in its grip.  The result is that each of us will think only of ourselves.  None shall have any time or interest to think of others: "For each one of them that Day will have enough preoccupations of his own." (Quran 80:37) The description is vivid; there can be no shorter and yet more comprehensive statement to describe the general condition of worried minds and souls.

Aisha, the wife of Prophet Muhammad, may the mercy and blessings of God be upon him, once asked him:

"I’d like you to answer me one or two questions." He said: "Sure, if I have the answer." She asked: "How will the people be resurrected?" He said: "Naked and barefooted." (One version adds: "uncircumcised").  She was quiet for a while and then asked: "What about women?" He answered: "In the same state." She exclaimed: "Will they not look at each other?" The Prophet answered: "The affair will be much more serious than that." Then he recited this verse, "For each one of them that Day will have enough preoccupations of his own."[1]

The people who understood this fact in this world and made God their focus of life, naturally have to put up with a lot of difficulties in life but their end will be sweet and those who remained trapped in their own arrogance and did not believe in God’s revelations, will find themselves in a really difficult and painful situation.

"Some faces, that Day, will be bright – laughing, rejoicing at good news." (Quran 80:38-39) These verses describe the conditions of the believers after the two groups (believers and the unbelievers) have been assigned their values by divine standards and given their respective positions.  These faces beam with a happiness overflowing with delight.  They are hopeful and reassured because they feel that their Lord is pleased with them.  These people are spared the terror of the deafening blast, so they can afford to smile and demonstrate their joy.  Or probably the smiles and manifestations of happiness are seen after these people have realized the good end awaiting them.

"And other faces, that Day, will have upon them dust.  Blackness will cover them.  Those are the disbelievers, the wicked ones." (Quran 80:40-42) These faces are covered with the dust of sadness and misery, darkened with humiliation and depression.  They know what they have done in this life and they await their inevitable punishment.  These people were devoid of faith.  They did not believe in God or in the divine message.  Moreover, they are hardened in their erring and sinful ways.  They persistently violated divine commandments.  The destiny of each group is portrayed in their faces.

Such will be the end which we all have to face.  Today, we can all ask ourselves what we are doing? Whom we are pleasing? On that final Day of Judgement, only God will be the judge, so how can we live our lives in contrast to His commands?  Lets open our eyes to the truth and see the direction of our lives and adjust our sails accordingly!

Very interesting may Allah help us

may Allah the All Mighty help, protect and save us from the punishment of the day of judgement. May He have mercy on us.

Alhamdullilah Alhamdullilah A’la kulli haal shukran jazeelan jazakamullahu bi khairan shukran for the reminder May Allah forgive us May Allah grant you what is best for you out of His infinite knowledge and mercy. Allah knows what is best and grant you the best of what’s best... Allah’s Countenance and Ashabul jaanat ul Firdaus Ameen Allah Ameen

Beautiful and verifiable explanation, I've performed more than nearly 5 decades of extensive research and, I am pleased to support the above commentary.