Description: A discussion of the last two verses of Chapter 2, that define the basic beliefs of a Muslim, his humbleness, and relationship with God. Part 1 discusses the basic beliefs and humankind’s accountability in the Afterlife.

"The Messenger believes in what has been sent down to him from his Lord, as do the faithful. They all believe in God, His angels, His scriptures and His messengers. ‘We make no distinction between any of His messengers,’ they say, ‘We hear and obey.  Grant us Your forgiveness, our Lord. To You we all return!’ ─ God does not burden any soul with more than it can bear: each gains whatever good it has done, and suffers its bad ─ ‘Lord, do not take us to task if we forget or make mistakes. Lord, do not burden us as You burdened those before us.  Lord, do not burden us with more than we have strength to bear. Pardon us, forgive us, and have mercy on us. You are our Protector, so help us against the disbelievers.’" (Quran 2: 285 & 286)

These are the last two verses of the second chapter of the Quran, Al-Baqarah or in English, The Cow. This chapter was revealed in Medina and is the longest chapter in the Quran. It was revealed over several years and the subject matter covers a range of issues, predominantly rules but also doctrines of faith and fundamental Islamic concepts. The last two verses give a summary of the major themes of the chapter and they define the basic beliefs of a Muslim outlining the believer’s relationship with God.

According to the traditions of Prophet Muhammad the recitation of these two verses contains many virtues. For example,  Prophet Muhammad said to his companions, "Whoever recites the last two verses of Al-Baqarah at night it will suffice him (against any evil)".[1]  They are among the most memorized and recited verses of the Quran.

We begin with the confirmation that the Messenger, Prophet Muhammad believes in what has been sent down to him. So do those who follow him, those known and described as the believers. Prophet Muhammad’s faith springs directly from the revelations that he has received. It is here where four  articles of faith are outlined. Muslims believe in God, His angels, His scriptures (books) and His messengers.

God is the supreme authority; all temporal authority is derived from Him. He has no partners and He is the sole provider of life and sustenance. Belief in the angels constitutes belief in the unseen, something that lies beyond human observation; what humankind can see and feel is only a small part of reality. Belief in God’s scriptures and messengers flows naturally on from belief in God Himself. Belief in God is to believe in all that is revealed by Him. We have a series of books, such as the Torah, the Gospel, and the Psalms, and a series of messengers.  The followers of Prophet Muhammad are the heirs to this guidance.

The believers themselves say that they do not discriminate between any of the messengers. They do not believe in some and reject others. This is a confirmation that all messengers came with the same message; to worship one God. The laws brought by messengers before Prophet Muhammad are abrogated but the essence of worship, the message itself, remains the same; there is no true deity worthy of worship except God.

The believers say, we hear the message and we obey the commandments of God. After the acceptance of the basic beliefs, the Muslim submits obediently to the will of God. The submission is an outward expression of their faith. With submission and obedience comes recognition of one’s shortfalls, thus the believer appeals to God for forgiveness, an appeal for Him to overlook their failures and shortcomings.  "Grant us forgiveness", asks the believer. This is both a plea and a supplication.

As we move on, God addresses a problem that was bothering many of the companions of Prophet Muhammad. As fledgling Muslims, new believers, they were worried that they would be held to account for their thoughts and punished accordingly, even if no sinful actions were committed. God alleviates their fears by saying that He does not burden a soul with more than it can bear. The believer understands that God is completely aware of the limitations and abilities of humankind, both as a whole and specifically. The individual will not be overburdened or put under duress. This eases the minds of all believers.

God does not ask a person for what is beyond his or her ability.  This demonstrates God’s kindness, compassion and generosity towards His creation. It highlights why God is known as the Most Merciful. The next phrase, takes us a step further by emphasizing individual responsibility.  Each person gains from whatever good he or she has done and suffers from or is punished for the bad. No human being bears more than he or she is able and the reward or punishment is metered out for individuals.  Sins of the fathers are not visited upon the sons.

Description: A discussion of the last two verses of Chapter 2, that define the basic beliefs of a Muslim, his humbleness, and relationship with God.  Part 2 explains the beautiful supplications at the end of the chapter. 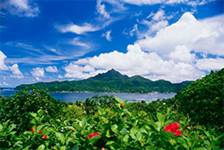 In the previous article we established that God does not burden a person beyond his or her capabilities and that each person is responsible for his or her own actions.   On the Day of Judgement no one is able to intercede on behalf of anyone else.  Each person stands alone before God and it is God Alone who will question His servants and judge them.  Good deeds will be taken into account and often multiplied.  In accordance with the principle that a bad deed belongs only to those who committed it, a person will be punished only for a bad deed that he has performed, not one that involuntarily came to mind.

Next God explains to the believers how to supplicate and ask for forgiveness and mercy.  The opening chapter of the Quran was a lesson in how to praise and ask for guidance; this is a lesson in the best way to beseech God.   Essentially it is an earnest plea from the believers and a prayer or supplication that defines the believer’s relationship with God.  It implies human weakness and need for mercy and forgiveness from God.  Do not take us to task if we do wrong or forget.  Error and forgetfulness are two defining traits of human behavior.  However a believer always seeks God’s help and always turns to him in repentance.

Subsequently the believers plead with God saying please do not place on us a burden like those placed on the people before us.  This is a plea by the weak to the All-Powerful.  In the past people carried burdens that were too demanding and therefore contributed to them failing in their duty to their Lord.  Strict laws were placed on previous nations on account of what they imposed upon themselves; this chapter has outlined various episodes in the history of the Children of Israel that indicate this.  With this in mind we find an impassioned plea for ease and laws that are easy to follow and fulfil.

Pardon us, forgive us and have mercy on us.  This sentence encapsulates the only real guarantee of success in this life and admittance to Paradise; the mercy of God.  No matter how hard a person strives, he will achieve nothing of consequence unless God bestows His mercy upon him.  Aisha, the beloved wife of Prophet Muhammad conveyed to us that the Prophet said that none would attain Paradise by virtue of their deeds alone.  She is reported to have asked him, "Not even you?" and he replied, "Not even me, unless God bestows His mercy upon me".[3]

You are our Protector means that You are our supporter and helper.  The believers say that You are sought for every type of help, You are the only One upon Whom we truly rely.  There is no power or strength except from and through You O Lord.  The final line pleads for victory over the disbelieving people.  This means those who reject the message, refuse to accept the religion offered to them and those who deny the Oneness of God.   This is a statement that entices the believers to put their full trust in God who is able to do all things and defend the True Religion against its foes.

In more than one narration from the traditions[4]  of Prophet Muhammad it is recorded that God replied to this supplication with the words, ‘I will’ and in another narration it is said that God answered ‘I did’.  This long chapter that covers many rules and regulations finishes by detailing a believer’s obligations in this life whilst emphasising that God knows His creation well and considers the weaknesses and shortcomings of humankind.  It asserts that God will not overburden the believers.  In conclusion these final verses are a concise summary of the themes of the chapter and also a summary of the central characteristics of the faith of a believer.