Description: A brief commentary of Chapter 11 (verses 1-60) of the Holy Quran.  They discuss the stories of Prophet Noah and Hud, and the consequences of those who rejected their message. 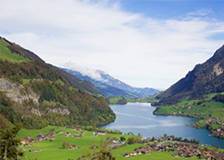 The history of the Prophet Hud is referred to in this chapter.  While the last chapter dealt mostly with abstract questions related to the truth of revelation, this chapter illustrates the truth of those questions by referring to the histories of former prophets.  Thus, it deals with the histories of Noah, Hud, Salih, Abraham, Lot and Shu’ayb (peace be upon them all).  A cruel and persecuting enemy is warned of the fate that befell previous people.  This chapter was revealed in Mecca during the last four years of the Prophet’s life and consists of 123 verses.

Once Abu Bakr said to Prophet Muhammad, may the mercy and blessings of God be upon him, "Of late I have been noticing that you are getting older.  What is the cause of it?" Prophet Muhammad replied that Surah Hud and similar chapters (56-Waqi’ah, 77-Mursalat, 78-Naba’, and 99-Takwir) hastened old age on him (Tirmidhi).

An attentive reading of this chapter will make you feel the effect of its stern warnings.  God warns us through the different stories of the prophets, where those who put their faith in the outward appearance of the worldly life and rejected the message of the prophets were met with dire consequences.  When God passes His judgment on people, He does not spare anyone, even the closest relative of a prophet.  Only the prophet and his followers are saved.

These verses discuss the Quran and the attitude of the polytheists towards it and resurrection.

The verses of the Quran have been explained clearly.  The message of the Quran is to worship God and seek forgiveness from Him.  Prophet Muhammad warns of God’s punishment and at the same time he brings good news of Paradise.  God will judge mankind according to the deeds they did in this life.  Some people try to hide from God, but God knows their innermost secrets.

God is responsible for sustaining every living creature.  God created the heavens and the earth in six days to test man if he realizes God’s power and is thankful to Him.  Those who deny resurrection consider the Quran to be magic because of its convincing power.

The verses compare the attitude of the believers and the polytheists towards favors and hardships.

Do not be deceived by God’s postponement of punishment as it can come at any time.  Also, do not lose hope and become ungrateful if God withdraws some of His favors.  At the same time, do not become arrogant if God makes you taste His bounty.  People have this attitude, except the patient ones who do good deeds.  They will be forgiven and have an immense reward.

The verse describes Prophet’s feeling of discomfort because of the behavior of the polytheists.

Verses 13-14 Authenticity of the Quran

The authenticity of the Quran is proven to those who claim Prophet Muhammad fabricated it.  God challenges the experts of the Arabic language to bring ten chapters similar to it.  Their inability to respond should make you certain that the Quran is from God, there is no deity worthy of worship except Him, and you should submit to Him as Muslims.

The consequence for those desiring solely the reward of this world is that they will receive their wages in this life, but Fire will be their lot in the life to come.  After all, they worked only for worldly objectives.

Archangel Gabriel, God’s witness, confirms the Quran.  A person who follows the Quran and Moses’ book (i.e.  Torah which foretold the coming of Prophet Muhammad) believes in it.  The Fire is for those who reject it.  Cursed are those losers who attribute lies to God, prevent others from God’s path – Islam – and reject life after death.

Those who have faith and do good deeds will reside in Paradise.

The people of Noah lived in southern Iraq, not too far from present day city of Kufah.  Noah’s message to his people was:

But the leaders of his nation considered him to be a mere human followed by people of low status.  They rejected his answers and invited him to bring on the destruction he promised.  God instructed Noah to patiently bear their mockery and build the ark.

Tenderness of a father could not save Noah’s disbelieving son from drowning with the rest.  The ark, carrying Noah, fellow believers, and animals landed on Judi, which is said to be a  mountain facing Ibn Umar Island at the junction of the Syrian and Turkish borders, on the eastern bank of the Tigris River, visible from the Syrian town of Ain Diwar.

The people of ‘Ad, to whom Hud was sent, lived in an area of curved sand hills in the southern part of the Arabian peninsula.  They worshiped a number of idols: wudd, suwa, yaguth, ya’uq, and nasr.

Summary of Hud’s message to his people:

·       Seek forgiveness from God, He will send rain and give you strength.

·       My Lord can substitute you with better people if you turn away.

The people rejected his message.  God’s punishment which lasted for 8 days and 7 nights destroyed them for rejecting God and disobeying His prophets.  Hud and fellow believers were saved by God’s mercy.

May Allah award u abundantly who ever wrote this