Rights of Foreign Nationals in Islamic Countries (part 1 of 2)

This paper was originally presented at the seminar Religious Minorities: Circumstances and Practices with the title: "The Rights of Foreign Nationals in Islamic Countries".

I have divided the paper into two parts:

1. The principle that the lives and property of non-Muslims are sacred

2. The rights of foreign nationals in Islamic countries 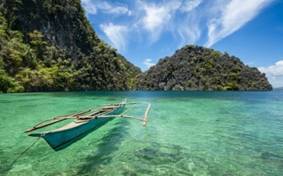 Before proceeding to talk about the first topic, it is necessary to stress that God has honored the human race and blessed human kind above other creatures. God says in the Quran: "We have certainly honored the children of Adam and carried them on the land and sea and provided for them of the good things, and preferred them over much of what We have created with marked preference." [Quran 17:70]

Prophet Muhammad put this principle into practice. When people asked him why he stood for the funeral procession of a Jewish man, he replied: "Does he not have a human soul?"

God has exhorted people, in turn, to show compassion and kindness to one another. He says in the Quran: "Do good. Indeed, God loves those who do good." [Quran 2:195] This verse is a general command to treat all people well.

We also have where the Quran says: "Indeed, God commands justice and good conduct." [Quran 16:90]

The Quran exhorts children to show kindness and good conduct to their parents, even if those parents are polytheists who strive to get their children to accept polytheism. However, those children must continue to show their parents love and kindness, as their parents took care of them when they were small.

The Prophet’s Sunnah[1] is full of examples of showing kindness to all people, and even to animals. Even when slaughtering animals for food, the utmost care should be taken to make it as painless as possible. The Prophet said: "If you slaughter an animal, then do it well. You should make sure your blade is sharp and alleviate the animal’s suffering."

Islamic Law stresses the values of mercy and compassion, and does not take violence lightly, like we see sectarian extremist groups doing these days.

He also said: "Kindness beautifies everything it touches, and its absence makes things ugly."

The Prophet confirmed that charity is for everyone who needs it when he said: "There is a reward for giving charity to any creature possessing a living heart."

He confirmed that we should let no excuse prevent us from doing works that are beneficial to others when he said: "If the last hour arrives while you are about to plant a sapling, then you should finish planting that sapling if you can."

Islamic Law teaches the humane treatment of animals and categorically prohibits abusing them. It even prevents the owners of livestock from separating children from their mothers. We should then consider how much more human beings are entitled to mercy and kindness.

We were with God’s Messenger on a journey. He went off to relieve himself. While he was gone, we saw a bird with two chicks and we took away her chicks. The bird started flapping her wings. The Prophet came back and said: "Who has upset this bird by taking away her children? Give her children back to her."

On another occasion, Prophet Muhammad saw an ants nest that had been burned. He said: "Who burned this?" When the people admitted they had done so, the Prophet said: "No one but God should punish with fire."

These, and many other accounts like them, demonstrate the principle that a Muslim is to show justice, kindness, and mercy to all people.

This brings us to our first topic of discussion:

Unfortunately, many people around the world today would be incredulous to hear that the lives and property of non-Muslims are sacred in Islam. There are reasons for this incredulity. The clearest reason is that people grossly misunderstand the Islamic concept of disassociation with unbelief. There are those who understand this principle to mean that the lives of unbelievers are not protected, even if those unbelievers have not perpetrated any injustice or violence against the Muslims. Others misunderstand it to mean that unbelief is a sufficient reason to de-value the lives and property of non-Muslims. Then there are those who think that it means when misfortune befalls a non-Muslim, the Muslims take it as an occasion for joy. All of this is wrong.

Therefore, it is important to stress the general principle in Islamic Law that the lives of all people, Muslims and non-Muslims, are sacred and inviolable. This is clearly indicated by the sacred texts of Islam, and it needs to be shown to the people that those who try to argue otherwise are deliberately misinterpreting the scriptures and taking things out of context.

For example, the Quran says:

"Fight in the cause of God those who fight you, but do not transgress limits; for God does not love transgressors." [Quran 2:190]

This verse is clear proof that it is forbidden to kill non-Muslims who are not actively fighting the Muslims in battle.

Indeed, Islam exhorts us to keep people alive and to save people’s lives whenever the chance arises. God says in the Quran: "On that account, We decreed for the Children of Israel that whosoever kills a human being for other than punishment for murder or corruption in the Earth, it shall be as if he had killed all humanity, and whoso saves the life of one, it shall be as if he had saved the lives of all humanity." [Quran 5:32]

Even on the battlefield in the midst of war, Islam does not permit killing people indiscriminately. There are many restrictions. Among the people who cannot be killed are monks, the clergy, the elderly, women, children, and any other non-combatants.

Nafi ibn Umar relates that Prophet Muhammad saw a woman among those slain on the battlefield and he condemned that and prohibited the killing of women and children.[2]

During a battle, the Prophet saw people gathered together. He dispatched a man to find out why they were gathered. The man returned and said: "They are gathered around a slain woman." So the Prophet said: "She should not have been attacked!"[3]

When Prophet Muhammad said: "Whoever commits fraud is not one of us," he was speaking generally about every act of fraud, regardless of whether the victim is a Muslim or a non-Muslim.

Those who try to interpret the Quran and Sunnah to argue that Islam permits transgression against the lives and wealth of non-Muslims selectively quote passages from the Quran and Sunnah out of context. They present texts with specific relevance as if they were general when the context clearly shows this to be otherwise.

[1] The Sunnah refers to the teachings of Prophet Muhammad (IslamReligion.com).

Next: Rights of Foreign Nationals in Islamic Countries (part 2 of 2)