Denying God, Denying Reality: Why We Don’t Need Evidence for God (part 3 of 3) 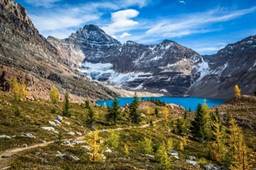 This whole idea of basic beliefs, of self-evident truths concerning God’s existence, is in line with the Islamic theological tradition concerning the fitrah.  The fitrah is an Arabic word that essentially means the natural state, the innate nature, or the innate disposition of the human being.  This innate nature acknowledges God and wants to worship Him.[1]  As the Prophet Muhammad, may the mercy and blessings of God be upon him, said in an authentic prophetic tradition, "every child is born in a state of fitrah.  His parents then make him a Jew, a Christian or a Magian…".[2]

The concept of the fitrah has been a topic of scholarly discussion in the Islamic intellectual tradition.  The 14th century theologian and polymath Ibn Taymiyyah explained that "affirmation of a Maker is firmly-rooted in the hearts of all men…it is from the binding necessities of their creation…"[3]  The 12th century scholar Al-Raghib al-Asfahani similarly asserts that knowledge of God "is firmly-rooted in the soul".[4]

In spite of this, the fitrah can be ‘veiled’ or ‘spoiled’ by external influences.  These influences, as indicated by the above Prophetic tradition, can include parenting, society and peer pressure.  These influences can cloud the fitrah and prevent it from acknowledging the truth.  In this light Ibn Taymiyyah argues that when the natural state of someone is "altered" that person may need "other evidences" for God’s existence:

These other evidences can include rational arguments.  Ibn Taymiyyah asserts that the originated being "itself knows through clear reason that it has an originator".[6]  However these rational arguments must conform to Islamic theology and not adopt premises that contradict it.  From this perspective, it is important to know that belief in God is not inferred from some type of inductive, deductive, philosophical or scientific evidence.  Instead, this type of evidence acts as a trigger to wake up the fitrah, the innate natural disposition to believe in God.  In addition to this, a key principle is that the Quranic arguments ‘unveil’ or ‘uncloud’ the fitrah.  These Quranic arguments include encouraging reflection, pondering, and introspection:

"Thus do We explain in detail the signs for a people who give thought." (Quran 10:24)

"Or were they created by nothing? Or were they the creators (of themselves)? Or did they create the heavens and the earth? Rather, they are not certain." (Quran 52:35-36)

Interestingly, the Islamic concept of the fitrah is supported by psychological, sociological and anthropological evidence.  Below are some brief examples:

·       Psychological evidence: the academic Olivera Petrovich conducted some studies concerning the psychology of the human being and God’s existence.  She concludes that the belief in a non-anthropomorphic God is the natural state of a human being.  Atheism is a learned psychology.  Theism is our natural state.

"The possibility that some religious beliefs are universal (e.g., basic belief in a non-anthropomorphic God as creator of the natural world) seems to have a stronger empirical foundation than could be inferred from religious texts.  Some of the initial findings of research into early religious understanding are consistent with other areas of developmental research which suggest that there are cognitive universals in a number of domains of human knowledge…"[7]

·       Sociological evidence: Take for instance, Prof Justin Barrett.  Professor Barrett’s research in his book Born Believers: The Science of Children’s Religious Belief looked at the behaviour and claims of children.  He concluded that the children believed in what he calls "natural religion".  This is the idea that there is a personal being that created the entire universe.  That ‘being’ cannot be human – it must be divine, supernatural.

"Scientific research on children’s developing minds and supernatural beliefs suggests that children normally and rapidly acquire minds that facilitate belief in supernatural agents.  Particularly in the first year after birth, children distinguish between agents and non-agents, understanding agents as able to move themselves in purposeful ways to pursue goals.  They are keen to find agency around them, even given scant evidence.  Not long after their first birthday, babies appear to understand that agents, but not natural forces or ordinary objects, can create order out of disorder…This tendency to see function and purpose, plus an understanding that purpose and order come from minded beings, makes children likely to see natural phenomena as intentionally created.  Who is the Creator? Children know people are not good candidates.  It must have been a god…children are born believers of what I call natural religion…"[8]

·       Anthropological evidence: Consider the atheism of communist Russia and communist China.  They still had signs of what you would call a worship instinct, a sanctification instinct, awe of a greater being, which relates to the fitrah.  For example their big statues of Stalin and Lenin were almost revered.  When you look at different cultures you can see this worship instinct coming through.  This instinct even manifests itself in Atheist cultures.

In summary, to deny God is like denying the real world is actually real.  We previously discussed self-evident truths and that the reality of our world is one of them, although we have no evidence for it.  This is why if you deny God, Who is also a self-evident truth, you are denying reality itself.

And this was confirmed via the teachings of our beloved Prophet over 1400 years ago.

"Can there be doubt about Allah, Creator of the heavens and earth?" (Quran 14:10)

[1] Ibn Qayyim argued that the fitrah is truly an inborn predisposition to acknowledge Allah, the Oneness of Allah and the religion of Islam (al-Asqalani, Fathul Bari, p.  198).