Denying God, Denying Reality: Why We Don’t Need Evidence for God (part 2 of 3)

Description: The existence of God does not require evidence.  Part 2 discusses answers to two more objections.

Objection #2: Wasn’t the belief in a flat earth once self evidently true? 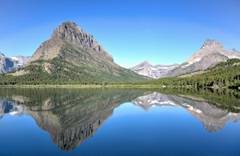 Another objection is the belief that the earth was flat.  This was once a self-evident truth, it was a basic belief.  As science has progressed we have found that this is not the case.  We now know that the world is round.  I don’t want to get into a big philosophical discussion about basic beliefs or self-evident truths and if they can be changed by future scientific evidence but what I will say is this problem is not applicable to God’s existence.  God, by definition, is a non-observed being and is outside of His universe.  For example, if I made a chair, I obviously remain distinct and disjoined from the chair.  I am outside of the chair.  Likewise, the creator is distinct and external to the universe.[1]  Therefore, the creator cannot be observed.  We can’t observe what’s outside of our universe.  So, from this perspective, the objection doesn’t apply: it is only applicable to things which can be observed.

Science is based on a theory of knowledge called Empiricism.  Empiricism stems from the idea that you can only have knowledge of something from experience based on direct or indirect observation.[2]  An empirical rejection of God is impossible as it requires evidence from observation to form conclusions.  To deny something that cannot be observed, by using the theory of knowledge that can only form conclusions based on observations, is absurd.  The scientific world can never deny God’s existence because science can only deal with things that you can observe.  This is why the philosopher of science Elliot Sober, in his essay Empiricism asserts that science is limited to questions which observation can explain,

"At any moment scientists are limited by the observations they have at hand…the limitation is that science is forced to restrict its attention to problems that observations can solve."[3]

God is not observed.  How can you use the observed world to deny that which cannot be observed? It’s impossible.  This is why science can never directly reject God’s existence.  It can only do one of two things:

2.     Suggest some evidence that can be used to infer His existence

A common reply to this answer includes ‘if it cannot be observed, you cannot believe it’.  This is a misplaced assertion because observations do not encompass all phenomena.  There are many things we believe in that we cannot observe.  The Philosopher John Cottingham exposes this problem in his book Rationalism:

"But what about ‘all water at a given atmospheric pressure boils at 100 degrees Celsius’? Since this statement has the form of an unrestricted universal generalization, it follows that no finite number of observations can conclusively establish its truth.  An additional and perhaps even more worrying problem is that when we reach the higher levels of science…we tend to encounter structures and entities that are not observable in any straightforward sense.  Atoms, molecules, electrons, photons and the like are highly complex theoretical constructs…here we seem to be very far removed from the world of direct ‘empirical observation’…"[4]

Objection #3: The belief in God is not universal

2.    The belief in God is universal: In spite of the number of atheists in the world, the belief in God is universal.  A universal belief does not mean every single person on the planet must believe in it.  A cross cultural consensus is enough evidence to substantiate the claim that God’s existence is a universal claim.  Evidently there are more theists than atheists in the world, and this has always been the case from the beginning of recorded history.

[1] "To Ibn Taymiyya, the term ‘created’ implies something distinct and disjoined from God…" (Perpetual Creativity in the Perfection of God: Ibn Taymiyya’s Hadith Commentary on God’s Creation of this World.  Jon Hoover.  Journal of Islamic Studies 15:3 (2004) pp.  296.)

[2] Elliot Sober "Empiricism" in The Routledge Companion to Philosophy of Science.  Edited by Stathis Psillos and Martin Curd.  2010, p.  129.