Tradition as an Obstacle to Guidance

Description: The truth has all too often been rejected by people just because it contradicts their customs and traditions. 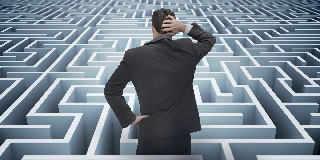 Any serious message that emerges within society for the first time will appear strange and unfamiliar.  It will consequently be met with hostility and disapproval.  It will be at the very least doubted and looked upon with suspicion.  In most cases it will be condemned violently and rejected.

The degree of aversion and hostility that a new message receives will be directly proportional to the disparity between the contents of that message on the one hand, and the beliefs, ethics and laws of the society in question on the other.

We can see how the situation was for the message that Muhammad, may the mercy and blessings of God be upon him, came with if we compare it with the state of Arab society during the age of ignorance.  It was a society steeped in corruption, decadence, deviant beliefs, and immorality.  The people were accustomed to idolatry and every aspect of their lives centered around it.

If we then turn our attention to the message that the Prophet brought from his Lord, we see that friction was inevitable.  Not only did it call to pure monotheism, as it espoused ethical teachings of the highest caliber and call for social justice and massive societal reform.

Islam rejected the hundreds of false gods the Meccan’s worshipped, and called for all affairs to be referred back to God.  It declared the worship of idols to be abject foolishness and described their "gods" as the rocks, trees, and statues they actually were, things that could neither hear nor see nor do any harm or good for anyone.  Islam also rejected the false beliefs that the pagans of Mecca entertained about the angels and the jinn, beliefs that were deeply ingrained in the Arab mind.  When this message came, it brought changes to the religious beliefs of the people as well as to their rituals, ceremonies, laws, and customs – indeed, to practically every aspect of their cultural environment.

When we look at these two very different conceptualizations, both of which cover every aspect of human life and every tenet of belief, we can see the inevitability of the struggle that came about between them.  On the one hand, there was the established order that had been passed down from generation to generation.  On the other, there was this completely new message of Islam that came to rectify and change all of their beliefs.

This factor alone – this great disparity between the threadbare notions of the age of ignorance and the pristine and powerful teachings of Islam – is enough to explain the initial estrangement that Islam experienced and that the Prophet had to contend with for a considerable period of time after embarking upon his mission.

He was not the first prophet to face such resistance.  It is common for people to revere the traditions of their forefathers and to view as taboo any infringement of them.  They view such traditions as a great sacred law and as the best possible code of conduct.  Any show of doubt regarding even one of these traditions, not to mention overt rejection, is construed as an insult to the traditions of society, and to the civilization as a whole.  It is regarded as contempt for one’s forefathers, contempt for their wisdom, and sheer arrogance.  The person bringing a new message is seen as failing to give them due reverence.  He is accused of being recalcitrant and as desiring only to obscure their remembrance.  For this reason, the greatest false god that the Prophets and Messengers (peace be upon them) had to fight against was the false god of tradition to which the people blindly adhered.

The people of Moses (peace be upon him) rejected his call, because it turned them away from the ways of their forefathers and made them follow a new message.  This was something they simply could not handle.  "They said: Have you come to us to turn us away from the ways we found our fathers following so that you and your brother can have greatness in the land? We shall not believe in you." (Quran 10:78)

Abraham (peace be upon him) spoke to his people saying: "…‘What do you worship?’ They said: ‘We worship idols and we remain in constant attendance of them.’ He said: ‘Do they listen to you when you call upon them?’ They said: ‘Nay, but we found our fathers doing so.’" (Quran 42:70-74)

Then, when he obliged them to the truth with indisputable evidence that their forefathers fables were idiotic and completely untenable and that they had no rational or scriptural basis, they resorted to justifying their position on the basis of blind adherence to nothing more than the authority of their forefathers.

At this point the caller to truth must make the facts plain and explain that truth gives no value to customs and festivals passed down from one’s forefathers when those customs are in conflict with both revelation and common sense.  God relates what Prophet Abraham then said: "Do you then see whom you have been worshipping, you and your fathers before you? They are enemies of mine.  Not so is the Lord of All the Worlds." (Quran 42:75-77)

Blind adherence to tradition is used as a justification for deviating from the ways of the Messengers, rejecting all rational arguments, and eschewing the use of evidence.  This approach is not unique to any single group.  It is the common practice of those who reject God’s religion everywhere in the world and in every age.  If they are invited to the truth that God revealed in His Book and sent with His Prophet, they say: "Sufficient for us are the ways we found our fathers following" (Quran 5:104) and: "Nay, we shall follow the ways of our fathers." (Quran 2:170)

When they are exhorted by sincere reformers and condemned for their wallowing in their base desires and ignominies, they respond with: "We found our fathers doing so and God has commanded us thus." (Quran 7:28)

They only respond in this way because they have no argument or excuse, because their beliefs are neither founded on reason or on a Divine Book.  This is why God says about them: "There are among the people those who dispute about God without knowledge and without guidance and without a Book to enlighten them.  When they are told to follow what God revealed, they say: "Nay, we shall follow the ways that we found our fathers following." (Quran 31:20-21)

This behavior, as a rule, is exhibited by all nations who reject their Messengers and the message that they bring, no matter how full of guidance and illumination that message might be.

God describes the disbelieving Arabs specifically in this way and then all disbelievers in general when He says:

Therefore, when calling people to the truth, such resistance should not only be expected but understood.  We should not get frustrated when people reject the clearest arguments or respond to the soundest logic with irrational or irrelevant replies.

At the same time, people need to rise up from their narrow-mindedness, and be objective and sincere in searching, accepting and following the truth.  We ask God to open the minds and hearts of people to accept the truth!