How We as Muslims Celebrate Christ (part 2 of 2)

Description: Jesus holds a special place in the hearts of Muslims.  Part 2:  Believing in the Gospel revealed to Jesus is an essential aspect of the Islamic faith and why Christendom in spite of not believing in Muhammad, can have respect for him. 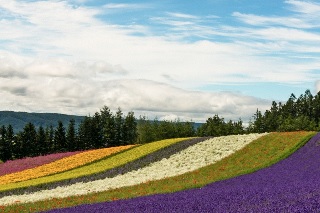 Our belief in the Gospel of Jesus is a tenet of faith for Muslims, as it is part of the Muslim belief in the scriptures – which is one of the essential six pillars of the Islamic faith.  God says in the Quran:

"The messenger believes in what has been revealed to him from his Lord and (so do) the believers; they all believe in God and His angels and His books and His messengers, saying: ‘We make no difference between any of His messengers.’" (Quran 2:285)

This means that a Muslim’s belief in the Quran is not valid unless that Muslim also believes in the Gospel that was revealed to Jesus (peace be upon him).[1] Why is this the case? This is because the Quran came confirming the Gospel as well as the Torah.

God says: "It is He who sent down to you (O Muhammad), in truth, the scripture, confirming what went before it; and He sent down the Torah and the Gospel." (Quran 3:3)

We ask: Is there any other faith group on Earth, outside of Christendom, who honors and celebrates the Gospel as an essential aspect of their faith besides the Muslims?

This celebration of Jesus Christ (peace be upon him) – including his conception, his birth, his miracles, his scripture, and his message – is not merely an idea; it is a lived reality for the Muslims, infused every day in the most essential practices of our faith and worship.  When a Muslim recites the Quran – and especially the chapters entitled "Mary", the "Family of Imran" and "The Table Spread" (which refers to the supper that Jesus – peace be upon him – had with the disciples) – this entails reciting the teachings about Christ as a form of worship.  The verses honoring and praising Christ are also recited within our daily prayers.  Belief in Christ is part of the essential Islamic beliefs that every Muslim is taught from earliest childhood.

All of this should encourage us, Muslims and Christians alike, to redouble our efforts at mutual understanding.  It is not conducive to an atmosphere of understanding that many Christians around the world have the misconception that Muslims are hostile to Jesus (peace be upon him) or that we deny him – let alone their lack of awareness that we as Muslims revere Christ and love him from the depths of our hearts.  Christian lack of awareness regarding our true beliefs is not only an error in knowledge, but an obstacle to the understanding between our two faiths that is needed to foster tolerance and dispel bigotry.

If Christians understand our true beliefs about Jesus Christ (peace be upon him), it would lead them to respect the prophet of Islam, even if they do not go so far as to believe that Muhammad, may the mercy and blessings of God be upon him, is indeed a prophet.  We are talking here about basic human respect as demanded by the dictates of reason and ethics, a respect that precludes the possibility of slander and abuse.

Think about it…If some major American or European corporations got together and mobilized massive financial and human resources for the purpose of "getting to know Christ", depicting Jesus (peace be upon him) in the most beautiful possible manner as an absolutely free service to the public, what would Christians feel about such an effort and how would they describe it? They would certainly consider it to be a noble and positive endeavor.

This corporate effort described above is an imaginary scenario, but there is a reality that far surpasses it.  We are talking about something that has taught people about Christ (peace be upon him) in the most noble and sublime of terms, taught people to believe in him, honor him, and love him.  This reality is that Muhammad, the prophet of Islam, came with a book that celebrates and honors Jesus Christ (peace be upon him), a book that all Muslims for the past 1,400 years and all of the world’s more than 1 billion Muslims living today accept to be the infallible word of God.  This program of "getting to know Christ" was not a short-term effort.  It has been constant in its success since the sixth century up to the present day.

What, then, should a discerning Christian feel about the prophet who taught literally billions of people all around the world to believe in, love, and honor Christ? At the very least, such a person would feel respect for that prophet who so loved Christ and taught his followers to do so as well, since it is natural to have respect for someone who reveres what you hold in high esteem.

[1] Muslims believe that the present day Bible has been adulterated over time.

Previous: How We as Muslims Celebrate Christ (part 1 of 2)