The Top Ten Myths about Islam (part 1 of 2): Access to information does not stop the misconceptions about Islam

Description: A brief look at the first three of ten common myths about Islam. 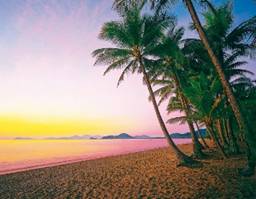 Ever since the Muslims swept out of Arabian Peninsula to establish the Islamic Empire there have been myths and misconceptions surrounding the Islamic way of life.  Nearly 1500 years ago the worship of One God changed the known world; however myths still surround Islam even though the people of the world have access to unprecedented amounts of information. In this two part article we will examine 10 of the most common myths that today cause misunderstanding and intolerance.

In the second decade of the 21st century this is probably the biggest myth about Islam.  In a time when it seems that the world has gone mad with the killing of innocents it must be reiterated that the religion of Islam sets out very specific rules for war and places great value on the sanctity of life.

The killing of innocents is completely forbidden. When Prophet Muhammad, may the mercy and blessings of God be upon him, sent his companions into battle he said "Go out in the name of God and do not kill any old man, infant, child or woman. Spread goodness and do good, for God loves those who do good."[1]  "Do not kill the monks in monasteries" or "Do not kill the people who are sitting in places of worship.[2]  Once after a battle the Prophet saw the corpse of a woman on the ground and said, "She was not fighting.  How then was she killed?"

These rules were further emphasised by the first Caliph of the Islamic Empire, Abu Bakr. He said, "I command you ten things.  Do not kill women, children, or an aged, infirm person.  Do not cut down fruit-bearing trees.  Do not destroy an inhabited place.  Do not slaughter sheep or camels except for food.  Do not burn bees and do not scatter them.  Do not steal from the booty, and do not be cowardly."[3]  In addition to this Muslims are forbidden to carry out unjustifiable acts of aggression. It is never permissible to kill a person who is not hostile.

"Fight in the cause of God those who fight you, but don't transgress limits; for God loves not the transgressor…" (Quran 2:190)

Islam holds women in highest regard in every phase of her life. As a daughter she opens the door to Paradise for her father.[4]  As a wife, she completes half the religion of her husband.[5]  When she is a mother, Paradise lies under her feet.[6]  Muslim men are required to treat women respectfully in all circumstances because Islam demands that women be treated with both honour and fairness.

In Islam women, like men, are commanded to believe in God and to worship Him.  Women are equal to men in terms of reward in the Hereafter.

"And whoever does righteous deeds, whether male or female, while being a believer – those will enter Paradise and will not be wronged, (even as much as) the speck on a date seed." (Quran 4:124)

Sadly it is true that some Muslim women are oppressed.  Unfortunately many are not aware of their rights and fall victim to cultural aberrations that have no place in Islam.  Powerful individuals, groups and governments claim to be Muslim yet fail miserably to practice the principles of Islam.  If women were given their God-given rights, as set out in the religion of Islam, the global oppression of women could be crushed into oblivion. Prophet Muhammad said, "None but a noble man treats women in an honourable manner.  And none but an ignoble treats women disgracefully."[7]

The religion of Islam was revealed for all people, in all places, at all times.  The Quran was revealed in the Arabic language and Prophet Muhammad was an Arab, but it would be wrong to assume that all Muslims are Arab, or for that matter, that all Arabs are Muslim.  In fact the vast majority of the world’s 1.57 billion[8]  Muslims are not of Arabic ethnicity.

Although many people, especially in the West, associate Islam with countries in the Middle East, according to the Pew Research Centre nearly two-thirds (62%) of Muslims live in the Asia-Pacific region and in fact more Muslims live in India and Pakistan (344 million combined) than in the entire Middle East and North African region (317 million).

Islam is not a race or ethnicity - it is a religion. Thus Muslims can and do exist in all parts of the world from the alpine tundra of Scandinavia to the warm coastal waters of Fiji.

"O humankind, We created you all from a single man and a single woman, and made you into races and tribes so that you should recognize one another..." (Quran 49:13)

[4]  Saheeh Muslim. In Ahmad and Ibn Majah a daughter is referred to as "a shield from the fire" for her father.

[8] According to the report, "Mapping the Global Muslim Population," by the Pew Forum on Religion & Public Life.

Next: The Top Ten Myths about Islam (part 2 of 2): More Myths Busted