Luqman’s Advice to His Son (part 2 of 2): Begin with a Strong Foundation

Description: Continuing the discussion of the 10 pieces of advice Luqman, the wise, gave to his son. 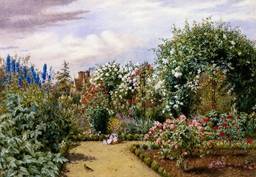 God bestowed wisdom on Luqman.  Wisdom entails following in the footsteps of the prophets by calling people to the worship of God alone.  In addition to this it involves teaching them how to do this in the best possible way beginning with the most important aspects and so on.  Luqman wanted the best for his son and gave him advice that would hold him in good stead in both this world and the Hereafter. This advice holds true in any era and parents struggling to bring up believing children today will greatly benefit from this advice. We have already discussed the first three important pieces of advice which were to worship God alone, to be dutiful to parents and to recognise that God has complete control over all affairs. In part 2 we continue the discussion.

Luqman advises his son to pray regularly and in the right time frame. All parents should teach their children not only how to pray but why we pray and its importance. The Arabic word for prayer is salah and the word denotes connection.  Prayer is our way of connecting with and maintaining a connection with God.  Prayer at fixed times serves as a reminder of why we are here and helps to direct thoughts and actions away from sin and onto the remembrance of God.

Enjoining good and forbidding evil is a responsibility on every believer; rulers and subjects, men and women, each according to his or her ability. Prophet Muhammad said, "Whoever among you sees an evil action, let him change it with his hand (by taking action); and if he cannot, then with his tongue [by speaking out]; and if he cannot, then with his heart (by feeling that it is wrong), and that is the weakest of faith."[1]

Luqman advises his son to pray perfectly, enjoin good and forbid evil and then recommends patience when dealing with people for this purpose and in all matters.  Prophet Muhammad’s son-in-law Ali ibn Abi Talib defined patience as "seeking God’s help".[2]  Remembering God and contemplating His greatness is the key to patience, and patience is a key to Paradise everlasting, therefore this was a wise advice indeed.

Try not to act as if you are better than everybody else. Humility is a much desirable quality for any believer to aspire to. Humility can guide us to Paradise, just as its opposite, arrogance, can lead us into Hell.  Satan’s arrogance or lack of humility caused not only his expulsion from Paradise but condemned him and his followers to Hell. Prophet Muhammad did not behave towards others as if he was better than they, nor did he spurn manual work.  One of his companions reported that Prophet Muhammad worked happily with servants or workers.

Walking with insolence through the land is another form of arrogance. It is as if Luqman wanted to emphasise the importance of humility. All people are equal in the eyes of God; the only thing that sets them apart is piety. Prophet Muhammad, his companions and the early generations of Muslims understood the concept of humility.  The following is the story of a man who walked through the earth without insolence.

During his Caliphate, Umar ibn Al-Khattab was marching upon Damascus with his army.  Abu Ubayda was with him.  They came upon a little lake.  Umar descended from his camel, took off his shoes, tied them together, and hung them on his shoulder.  He then took the halter off his camel and they entered the water together.  Seeing this in front of the army, Abu Ubayda said, "O Commander of the Believers! How can you be so humble in front of all your men?"  Umar answered, "Woe to you, Abu Ubayda!  If only anyone else other than you thought this way!  Thoughts like this will cause the downfall of the Muslims.  Don't you see we were indeed a very lowly people?  God raised us to a position of honour and greatness through Islam.  If we forget who we are and wish other than the Islam which elevated us, the One who raised us surely will debase us."[3]

A native American proverb tells us that we will be known by the tracks we leave. Luqman is advising his son to walk gently on this earth and not to crash into situations with heavy boots. He is advising that patience and humility should be a person’s normal, or as we say these days, default demeanour. Believers should be known for the humility, gentleness and mercy in their behaviour.

And finally Luqman advises his son to lower his voice. Being loud and harsh, he says, makes one’s voice sound like the braying of donkeys. Shouting does not win hearts, it offends and alienates people.

Luqman the wise counsels his son with 10 pieces of advice. It is important to note that Luqman begins with the most important lesson; belief in One God.   He also makes clear that joining others in worship with God is the only unforgivable sin.  Next, after laying the foundations of faith, Luqman reminds his son of the essential values a believer must strive to acquire, while simultaneously shunning pride and arrogance. When parents can convey these 10 pieces of advice to their children they are laying the foundations for a happy life. If children can model this behaviour as demonstrated by their parents and caregivers it is even better.

Previous: Luqman’s Advice to His Son (part 1 of 2): Solutions for 21st Century Parents

Such an important lesson. Thanks allot for uploading articles like this. You guys are doing great. God bless you