Description: An analysis of the famous biblical verse “For God so loved the world that He gave His only begotten Son, that whoever believes in Him should not perish but have everlasting life.”  Part 5: More reasons why we should not believe in John 3:16. 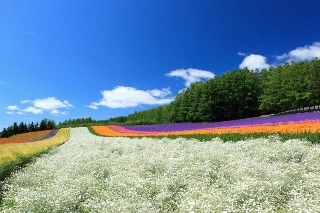 To recap, in the last four episodes of this series we discussed the following regarding John 3:16, "For God so loved the world that He gave His only begotten Son, that whoever believes in Him should not perish but have everlasting life":

1)    The Gospel book of Christian scripture known as ‘John’ almost certainly was not written by Jesus’ disciple John;

2)    In John 3:16, as with elsewhere in the Bible, translators illegitimately capitalized ‘him’ to make Jesus look like God;

3)    Because the Bible is internally inconsistent and factually unreliable, it does not fulfill the basic requirements expected of sacred scripture;

4)    The foundational ideology (the alleged Crucifixion, Resurrection and Atoning sacrifice) is so flawed we cannot reasonably rely upon John 3:16 (or, for that matter, upon the Bible as a whole) for salvation.

Which brings us to a discussion of why anybody believes John 3:16 to be true, when so much evidence is stacked against it.  The simple fact of the matter is that John 3:16 appeals to Christians, whether true or not.  In the previous episode in this series, I discussed just a few of the fallacies of the concept of Jesus’ atoning sacrifice.  I saved the best for last, and it is this: According to the Bible, God doesn’t even want a sacrifice.  Now, let’s leave aside the common-sense arguments (that forgiveness doesn’t have a price; that one person cannot atone for another; that if God had wanted, He would have forgiven mankind on that basis alone; etc.) and dwell solely upon the fact that the Bible tells us God doesn’t want sacrifice in the first place: Hosea 6:6 reads, "I desire mercy, and not sacrifice." Sure, this is Old Testament, but Matthew 9:13 and 12:7 both reference this verse, so it applies to the New Testament as well.  So, what is the argument again? That God needed a sacrifice that He doesn’t even want? This concept is problematic, at best.

There are plenty of other reasons why we shouldn’t believe John 3:16, and one of the best is not that we can’t believe John 3:16, but that we can’t be sure about anything in the ‘Gospel according to John.’ Despite the fact that nobody even knows who authored ‘John,’ the Jesus Seminar analyzed the words attributed to Jesus in the Gospel of John and "were unable to find a single saying they could with certainty trace back to the historical Jesus.  .  .  .  The words attributed to Jesus in the Fourth Gospel are the creation of the evangelist for the most part."[1]  Now, why would ‘the evangelist’ do such a thing? We are told the reason is as follows: "Jesus’ followers were inclined to adopt and adapt his words to their own needs.  This led them to invent narrative contexts based on their own experience, into which they imported Jesus as the authority figure."[2]  The Jesus Seminar documents hundreds of examples in the Gospel books, including cases where "the followers of Jesus borrowed freely from common wisdom and coined their own sayings and parables, which they then attributed to Jesus."[3]

This does not discredit just John 3:16, but in fact it discredits all of ‘John’.  By extension, if the Bible is filled with contradictions, how can we know what is true and what isn’t – anywhere in the Bible?

As the old saying goes, the whistle does not pull the train.  Christians might like how John 3:16 sounds, but that does not make it true.  In fact, the more we examine the verse, the more reasons we find to discredit it.

Another old saying is that the bait hides the hook.  John 3:16 is the bait, through which evangelists hope to hook and reel people into their smug, and entirely illegitimate, conclusions.  They tell us God gave His "only begotten Son," without critically analyzing this concept.  If Jesus is the "only begotten Son of God," why does Psalms 2:7 say this about David: "The LORD has said to me, ‘You are My Son, Today I have begotten you." Jesus the "only begotten son of God," with David a "son," "begotten" by God a scant forty generations earlier? The Bible can have one "only" of something, but not two "only"s of the same thing!

The Bible describes many people, Israel and Adam included, as "sons of God." Both 2 Samuel 7:13–14 and 1 Chronicles 22:10 read, "He (Solomon) shall build a house for My name, and I will establish the throne of his kingdom forever.  I will be his Father, and he shall be My son."

George Pettie once amended the old proverb, "To err is human, to forgive is divine .  .  ." by adding, "and to persist in error, beastly." The self-righteous, "I’ve got the Holy Spirit inside me and can do no wrong" attitude of the John 3:16′ers is offensive for as many reasons as it is wrong.  For one thing, it sounds too much like the lawyer’s maxim to argue facts and law when they serve the purpose, and holler when they don’t.

If I am permitted to echo Voltaire’s conclusion: Doubt is not a pleasant condition, but certainty in the face of contrary evidence is an absolutely absurd one.

Despite the strength of the evidence against John 3:16, most Christians refuse to acknowledge the illegitimacy of the verse.  And maybe non-Christians should accept that.

Matthew 5:9 reports Jesus as having said, "Blessed are the peacemakers, for they shall be called sons of God." So perhaps we should forget about trying to win this argument, and make peace over it.  If we can’t unite on creeds, let’s at least unite on kind and charitable deeds.  Let’s become "blessed peacemakers" who are called "sons of God." Then, let’s point out that this is just one more biblical verse that contradicts John 3:16′s exclusive "Son of God" concept.  Nothing says we can’t make peace, and continue to politely press our point at the same time.  But that, to me, is an important element to any religious dialogue: Keep it light and polite, but maintain focus.

Laurence B.  Brown, MD, has authored several articles and books and his official website is www.leveltruth.com where he can also be contacted through the ‘Contact’ page.