Hijab in the Bible and Torah (part 1 of 2): Hijab in Christian Denominations

Description: The history of veiling and head covering in Christian church. 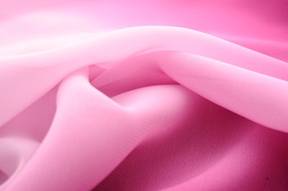 The literal meaning of hijab is to veil, to cover or to screen.  It encompasses more than just a dress code; it is concerned with moral boundaries and respect for woman.  It is part of community cohesion and modest behaviour.  However, the term hijab has become interchangeable with the word scarf.  The meaning is sometimes extended to cultural dress standards such as the burqa of Afghanistan, the chador of Iran and the shalwar kamise of Pakistan.  Hijab has multiple meanings and in this series of articles we are going to focus on hijab as a head covering and discuss hijab in the Bible and the Torah.

The first recorded instance of veiling or covering the hair for women is recorded in Assyrian legal texts from the 13th century BCE.  Its use was restricted to noble women.   Prostitutes, slaves and poor women were forbidden to cover their hair/heads.   In both the ancient empires of Greece and Rome there is evidence that points to various degrees of head coverings worn by females.  Particularly in Rome it seems that head coverings were associated with prayer and devotion.  While in Greece evidence determined by sculpture and pottery from that time leads many to believe that respectable woman covered their heads outside the home.  As new discoveries are made our opinions about the degree and reasons for covering wax and wane but we can be sure that women’s head or hair covering was not an unknown practice.

Interestingly the Bible verses to which Christians refer to when explaining why women should cover their heads, especially in prayer or in church come to us from Saint Paul in his letters to the Corinthians.  Corinth was a city situated on the peninsula of Southern Greece and was part of the Roman Empire during the time Corinthians was written.  It was a cultural melting-pot of Roman, Greek, and Jewish cultures, thus it is pertinent to wonder what cultural norms were retained as the city changed hands and empires.

1 Corinthians 11:5, says that   “Every woman who prays or prophesies with her head uncovered dishonours her head, for that is one and the same as if her head were shaved.” The early Christian women veiled their heads in church and anytime they were in public and Christian women continued to maintain this practice to some degree throughout the centuries until the 19th and 20th centuries when the practice rapidly declined.

In Corinth and throughout Christian history the head covering was, and in some places and denominations still is, considered a sign of submission to authority, to God and or to her husband.  Christians in second century Egypt were urged by Christian theologian Clement to “… go to church decently attired, with natural step, embracing silence, possessing unfeigned love, pure in body, pure in heart, fit to pray to God.  Let the woman observe this, further.  Let her be entirely covered, unless she happens to be at home.  For that style of dress is grave, and protects from being gazed at.  And she will never fall, who puts before her eyes modesty, and her shawl; nor will she invite another to fall into sin by uncovering her face.  For this is the wish of the Word, since it is becoming for her to pray veiled.”[1]

The historical roots of veiling in Western Europe go back to the Byzantine Empire, where veiling codes attributed high social rank to families whose women were veiled.  In the Middle Ages it was customary for married women to cover their hair with various kinds of coverings.  Paintings of urban women in Western Europe often depict everything covered except the face and hands.  At the time peasant and working-class women who did not cover were considered "loose" and fair game for assault.  This non respectable depiction of uncovered women also plays out in the Muslim context where Quran says that veiling or covering indicates the high status of believing women.

“…Tell your wives and your daughters and the women of the believers to draw their cloaks (veils) all over their bodies That will be better, that they should be known (as free respectable women) so as not to be annoyed (molested or insulted)...” (Quran 33:59)

A Christian woman who becomes a nun is said "to take the veil".  This is said in reference to her head covering.   Nuns throughout Christian history have been recognisable by their distinctive head coverings many of which resemble Muslim hijab.  In medieval times, across the western world married women normally covered their hair outside the house, and nun's veils were often based on secular styles, reflecting a nun’s position as “a bride of Christ".  Nuns were said to give up a secular life in order to serve God but nonetheless were due the respect and honour given to a modest married woman.

There is some evidence to suggest that veiling in Spain was influenced by the remnants of the Andalusian Islamic empire and by Muslim women from nearby North Africa.  The lightweight lace head covering known as the mantilla came into use in Spain at the end of the 16th century, and was a common sight at Catholic masses throughout the world.  Queen Isabella II of Spain actively encouraged its use inside and outside the church.  After her abdication in 1870, the use of the mantilla became largely limited to formal occasions and at mass.  Strangely enough the requirement that women cover their heads in church was not introduced into Canon Law until 1917.   From then until 1983, the Catholic Church’s Code of Canon Law mandated that women wear veils or other head coverings.  Prior to 1917, there was no such law, though wearing hats or veils was customary for women.

Although the use of veils and scarves has diminished there are some Christian denominations where the practice has maintained its high status and is in some cases mandatory.  For nearly 2000 years Orthodox women, whether they be Greek, Serbian, Russian, Egyptian, or Syrian have gone to church with their heads covered.  The universal Orthodox Church has an enforced dress code based around non distraction from prayer.  In Albania, Christian women often wear white veils and in Albanian Orthodox Christian church buildings, women are separated from men by latticework partitions.  Many smaller protestant Christian denominations wear some sort of head covering or hijab.  These include the Amish, the Mennonites, and the Hutterites.  In those Protestant denominations that have no official expectation that women cover, some individuals choose to practice head covering according to their understanding of 1 Corinthians 11.  Many Catholic women choose to cover their heads to emulate the Virgin Mary.  Mary the mother of Jesus covered her head and hair according to Jewish customs of the time and we will explore these and later Judaic hijab customs in the next article.

Next: Hijab in the Bible and Torah (part 2 of 2): Hijab in Torah

Alhamdulillah. I was wondering if this could be why woman wear hats at horse racing events. To be classed as nobel women and not the common people. Jazak Allah khayr for a great article, very helpful for those who come across resistance from Christian and Jewish family members. Salaam x