Success in Islam (part 2 of 2): The Ultimate Success is yours for the Taking

Description: A discussion of the ways we can help ourselves secure the ultimate success. 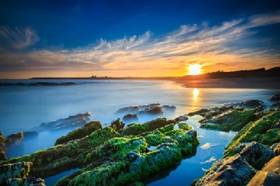 In part 1, we learned that Islam is concerned with the ultimate success.  Eternal Paradise is the ultimate success just as the fire of Hell is the ultimate failure.  There are many ways to achieving a favourable outcome for God has promised Paradise to those who obey Him.  To them He promises serenity, contentment, happiness and peace of mind.  This however does not mean that these things cannot be achieved in this life as well as eternally.  A good life is possible for those who look to God, the Quran and the authentic traditions of Prophet Muhammad for guidance.  Success is easily attainable and today we will discuss a few ways that we can achieve success in this life and secure the ultimate success.

The Prophet Muhammad left us with a very good working definition of righteousness.  He said, “…Righteousness is that with which the soul is tranquil and the heart is tranquil, but sin is that which rouses suspicion in the soul and is perplexing in the breast, even if people give you a decision in its favour.”[1]  One of the things that we as human being define as success is the ability to sleep well at night, to live with a clear conscience and here we see that righteousness provides this.  Righteousness includes following the commandments of God, striving to do all acts of worship including prayer, charity and fasting with a good intention and a sincere heart.

“Whoever works righteousness — whether male or female — while he (or she) is a true believer verily, to him We will give a good life (in this world with respect, contentment and lawful provision), and We shall pay them certainly a reward in proportion to the best of what they used to do (i.e. Paradise in the Hereafter).” (Quran 16:97)

A true believer is known for his or her kind demeanour.  They strive to see the good in everything and everyone.  They are the first to give from that which they love to those less fortunate or in need.  A believer is thus always ready to assist other people in need of his help with a true spirit of kindness.

“No good is there in much of their private conversation, except for those who enjoin charity or that which is right or conciliation between people. And he who does this, seeking the good Pleasure of God, We shall give him a great reward” (Quran 4:114)

One of the easiest ways of feeling content and relaxed is to remember God.  It relieves stress and worry and leaves a person focussed on the true purpose of life, which of course we understand is to worship God in everything that we do.  However the human condition is not always peaceful, anxiety can touch us at any moment, and we have no control over that.  We do however have control over our reaction.  If we react by turning to God, remembering that He has many attributes and names that we can call Him by we will successfully navigate life’s thoroughfare.

“Verily, in the remembrance of God do hearts find rest” (Quran13:28)

“And whosoever puts his trust in God, then He will suffice him” (Quran 65:3)

The path to success can be found in putting our trust in God.  When we accept that God has control over all things and that He wants us to gain the ultimate success we can begin to relax and perhaps find success in our worldly lives as well.   God wants what is best for us; if we do what is right, yet things do not go according to our plan it doesn’t mean that we have failed, it means that God’s plan for us is not quite the same as the future we had envisaged.   At this point, we must learn to trust God.

“If God helps you, none can overcome you; and if He forsakes you, who is there after Him that can help you?  And in God (Alone) let believers put their trust.” (Quran 3:160)

A Final Word on Failure

Islam guides to a straight path that can lead to success in this world and the hereafter.  However it is clear that the religion of Islam encourages the believers to strive for success in the hereafter because that is what our creator God calls the supreme or the ultimate success.

“And whoever is removed away from the Fire and admitted to Paradise, he indeed is successful”. (Quran 3:185)

Previous: Success in Islam (part 1 of 2): Success or Failure is recognised by the Ultimate Result

very nice article, it is important to all Moslems know the meaning of success