Lessons from the Story of Moses and Khidr (part 2 of 2): A  Journey of Lessons

Description: Moses and Khidr travel together and Khidr teaches Moses many lessons including the value of patience. 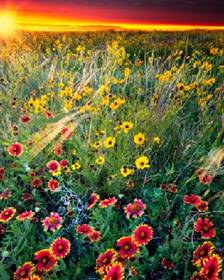 Muslims both love and respect Moses; God mentions him in the Quran more than 120 times.  His story is told across several chapters one of them being chapter 18 -The Cave.  It is here that the story of meeting between Prophet Moses and the wise, knowledgeable man known as Khidr can be found.

This story serves to remind us that God is the Most Wise.  God brings together two of history’s most wise men and teaches us that God’s decree stems from His supreme and absolute wisdom.  The life of a human being is sometimes beset by trials, tragedies or calamities that appear to make no sense but in retrospect we see them for what they really are, lessons from the Most Wise designed to take us closer to the supreme reward, Al-Jannah, or Paradise.

Contentment with God’s decree, whether we initially feel it to be pleasant or unpleasant is the most important lesson we can take away from the story of Moses and Khidr.  Belief in the divine decree is one of the six pillars of the Islamic faith.  Therefore, not only accepting but also understanding what this entails is important.  The problems that we face in life can be a source of good for us.

Prophet Muhammad, may God praise him, said: “How wonderful is the affair of the believer, for his affairs are all good, and this applies to no one but the believer.  If something good happens to him, he is thankful for it and that is good for him.  If something bad happens to him, he bears it with patience and that is good for him.”[1]

At this point, if you are not already familiar with the story of Moses and Khidr as told in the Quran it would be of great benefit to read it for yourself and have it fresh in your mind as we follow Moses on his journey.  Moses quest is to seek the man with more knowledge then he himself has.  He sets out with a boy, possibly Joshua, the pious man who leads the Children of Israel after Moses’ death.  God had instructed them to carry a live fish in a container, and said that where the fish disappeared they would find the man they were seeking.  So the story begins and throughout the story God imparts His wisdom and knowledge to us.

While Moses was taking a nap his companion saw the fish wriggle away and slip into the water, however he forgot to inform Prophet Moses until much later when they had already moved further on up the road. When Prophet Moses realized he had moved beyond the destined point, he hastily retraced his steps to the place where the fish had entered the water. He did not scold his companion nor lament about having gone off course, or wasting time and effort.  What had happened had happened; it was the will of God.  Prophet Moses’ behaviour is that of a person satisfied with God’s decree.  Once he learned that he had stepped away from the correct path he took the necessary action to return to the right way.  This is a lesson for all of us.  In this life, so many of us choose the wrong path but are afraid or too embarrassed to rectify their mistakes!  Once a person realizes that he has committed a mistake, they should immediately set about to head in the right direction. This should never be considered a defeat; rather, it is a victory.

Upon returning to the place where the fish escaped Moses found the man he had been searching for, Khidr. God chose to educate Prophet Moses through three events that would take place during the journey of Moses with Khidr.  Khidr was hesitant to travel with Moses because he believed Moses would not have the patience to see the events through and learn from them.  However Moses was able to convince Khidr that he was anxious to learn and they set off together.

Prophet Muhammad constantly stressed the importance of knowledge.  He tells us in his traditions that the angels pray for the scholars, that God assists the person seeking knowledge, and that the scholars are the heirs of the Prophets.

In the first event Khidr and Moses board a ship, whereupon Khidr bores a hole in the ship making it defective and unable to sail.  Moses is horrified and labels his actions as evil.  Khidr then reminds Moses that he had agreed to have patience and not ask questions.  Moses reaffirmed his promise and they continued on, Quran tells us that when they passed by a young boy Khidr killed him.  Moses was horrified, and forgot his promise.  Khidr reminded him once again and they continued on.  At last they came to a town and asked the people to feed them for they were hungry after the long journey.  The people refused and instead of confronting the people or leaving the town Khidr rebuilt a wall that was collapsing.  Moses could not understand why he didn’t ask for payment.   Khidr then informed Moses that this was the end of their journey together but he would explain the reasons why he acted the way he did in all three situations.

Khidr had caused minor damage to the ship to protect it from greater harm.  There was a King coming behind them seizing all sea worthy vessels.  Instead of losing their boat, livelihood and possibly their lives the fishermen now had only to repair the damage.  As for taking the young boys life, he was destined to grow up and over burden his parents with his sins and actions of disbelief, therefore God intended to replace him with a pious good child.  In the final event Khidr rebuilt the wall even though the town’s people were unfriendly because God had instructed him to do so.  Beneath the wall lay a treasure that belonged to two orphan boys.  God wanted it to remain hidden until they were grown men and could take their treasure without fear of harassment or thievery for their father was a righteous man.

Khidr acted the way he did in all three situations in obedience to God’s commands, he did not choose to do these things because of his personal judgement and nor did he have absolute knowledge of the unseen.  It is important to understand that God does not create evil for its own sake, but rather it is often the forerunner of good.  These three events illustrate this point.  When we understand this we will never feel victimised or treated unfairly.  Sometimes the good in a difficult situation does not become clear until a long time afterwards, at other times it is apparent immediately.   The story of Moses and Khidr tells us to be patient and trust in the mercy and wisdom of God.   It tells us that God does not treat anyone unfairly and that His decree for us is most just and inherently generous.

Previous: Lessons from the Story of Moses and Khidr (part 1 of 2): Who is Khidr?