Lessons from the Story of Moses and Khidr (part 1 of 2): Who is Khidr?

Description: An exploration of the myths and legends associated with the figure known as Khidr and an introduction to his encounter with Prophet Moses. 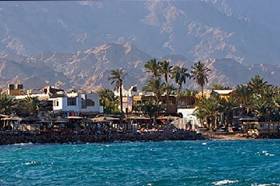 Elsewhere on this website you are able to read about the life of Prophet Moses, may God praise him.  It is a fascinating story filled with anecdotes and life lessons that are applicable today as they were in the time of Moses.  Briefly, in the final part of that series, the story of Moses and Khidr is retold, based on the original story told by Ibn Kathir in his work, The Stories of the Prophets and what the Quran tells us about this momentous meeting.[1]  In this two part article we will look at the lessons learned specifically from the relationship between Moses and Khidr.  We will find that their interactions form the basis of lessons that still, all these generations later, teach us how to deal with problems that confront us every day.   Before we look at how the paths of these two wise men crossed we will try to discover who the man we call Khidr was.

It was during the years that Moses and the Children of Israel wandered the desert, unable to enter the Promised Land; Moses met and spent time with Khidr.   The name Khidr is taken to mean “the green one” colloquially associated with the Arabic word for green, al-akhdar.   In his traditions Prophet Muhammad, may God praise him, relates that, “He was named Khidr because he sat on a dry, barren piece of land and it suddenly became green under him.”[2]

The majority of Islamic scholars are of the opinion that Khidr was a Prophet.  The Quran refers to him as one of God’s servants who was granted knowledge, comprehension and mercy.

“Then they found one from among Our servants to whom We had granted mercy from Us and whom We had taught knowledge from Ourselves.” (Quran 18: 65)

It is from the traditions of Prophet Muhammad that we learn that the wise, knowledgeable man who instructs Moses is in fact Khidr.  As Muslims we believe that God has only informed us of the names of some of the Prophets. We believe that all nations throughout time were sent someone to warn them of the punishment that awaited those who disobeyed God, and to guide them to the correct way to worship.  Therefore it is certainly within the realms of possibility and perfectly acceptable to have the opinion that Khidr was one of the Prophets.

The name Khidr or the “green one” has been connected with knowledgeable and mystical figures throughout different time periods and in varied religions.  He is invariably associated with wisdom and imparting knowledge.   Modern historians hypothesize that Khidr is in fact Kothar wa Khasis, a figure first noted in Ugaritic  (Northern Syrian) literature and mythology.   Kothar is a wise man, associated with among other things, dragon slaying; which may account for myths associating Khidr with St George the dragon slayer of Christian mythology.

Other Christian scholars suggest that Khidr is  the Green Night from the Arthurian tale Sir Gwain and the Green Night,  thus the character may have come into European/Christian literature via the intermingling of cultures during the tumultuous period of the Crusades.  Still other scholars propose that the legend and story of Khidr derive from an Irish myth that predates the Crusades featuring Cu Chulain.

There are similar stories in Jewish literature that associate the character of Khidr with Prophet Elijah and myths and stories abound across the Indian sub-continent that associate Khidr with a river spirit. Faced with all these various myths, legends and stories about Khidr just what should a believing person trust or believe in? First of all it is worth bearing in mind that all we need to know about the religion of Islam and our purpose in life is contained in the Quran and the authentic teachings of Prophet Muhammad.  There are many things that are not revealed to us and thus we should assume that knowing them can in no way benefit or improve our worship of God.

In any case, it is impotant to revisit the story of Khidr and Moses in the Quran.  Ibn Kathir narrates that Moses was once asked by someone, “O Messenger of God, is there another man on earth more learned than you?”  Moses replied, “No!” believing that since God had allowed him to perform miracles and had given him the Torah, he must surely be the most learned man alive.  This however was not the case thus when Moses learned of Khidr’s existence he set out to find him.

God instructed Moses to take a live fish in a container and that when the fish disappeared he would find the man he sought.  Moses set out on his journey, accompanied by a young man who carried the container with the fish.  Eventually they did meet Khidr in just the way God had assured Moses they would.  Full details of this journey can be found here[3].  Before moving on to article two where we discuss the lessons to be learned from Moses’ and Khidr’s encounter it would be both wise and beneficial to read the story from the Quran.  You will find this at Quran 18:66-82 beginning with Moses acknowledging that there is much he can learn from Khidr and Khidr pointing out that Moses will not have the patience to find the meaning behind Khidr’s actions.

“Moses said to him, “May I follow you on [the condition] that you teach me from what you have been taught of sound judgment?” He said, “Indeed, with me you will never be able to have patience.  And how can you have patience for what you do not encompass in knowledge?” Moses said, “You will find me, if Allah wills, patient, and I will not disobey you in any order.”(Quran 18:66-70)

Next: Lessons from the Story of Moses and Khidr (part 2 of 2): A  Journey of Lessons