The Love of the Companions for Prophet Muhammad (part 2 of 2): Devotion Beyond Compare

Description: In a violent world one man stood for righteousness and was rewarded by the devotion and love of his followers. 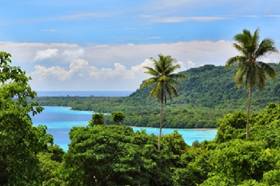 Arabia was a violent male dominated society.  The strong succeeded while the weak perished.  Women were less than chattels and baby daughters were buried alive with less care then we bury our pets today.  These were the conditions under which the men, women and children who became the companions of Prophet Muhammad lived.  It was into this lawless society that God intervened and gave the world the man known as, "a mercy to humankind".  This was a man who valued life, honesty and generosity.  The people admired him for his trustworthiness even before the revelation of Islam.  He was charismatic and accessible to all; men, women and children alike.

Muhammad was a selfless man who devoted the last 23 years of his life to teaching his companions and followers how to worship God and how to respect humanity.   He delivered a message imbued with the concepts of mercy, forgiveness and justice for all.  It was a very appealing message to the poor and down trodden, of which there were many but it was also appealing to the wealthy.

Prophet Muhammad lived in a world where the strong dominated and the weak perished, however even before Islam he was a gentle hearted hospitable man whose admirable traits and qualities made people want to draw close to him.  He was a chaste and contemplative young man yet the wild and undisciplined youth liked to share his company.  He was what we would call today an all-round good guy; one who can be trusted and relied upon.  As he grew into adulthood Prophet Muhammad was known as a good friend and honest businessman.  Among the people of Makkah he was known as Al- Ameen – the trustworthy one.  They turned to him for judgement and consultation, and because of his honesty he was often asked to mediate disputes or hold items in trust.

The people who knew Prophet Muhammad best had little difficulty accepting his Prophethood or the astounding message that he sought to inspire people with.  They were aware of his character, particularly his lack of arrogance and his compassion for those less fortunate than himself.  Among Prophet Muhammad’s early followers were many poor, destitute and lonely people.  They flocked to his side and were eager to take comfort in his words and deeds.  Many felt that they finally had someone who understood their physical needs and cared about the state of their souls.  Sadly however these were the same people who were at first ridiculed, and then tortured and abused for their new beliefs.  They were without tribal support and many suffered terribly because of their attachment to Prophet Muhammad and their acceptance of his message of Islam.

According to biographer Ibn Ishaq, a slave named Bilal suffered terribly for his immediate acceptance of Prophet Muhammad’s message.   He was beaten mercilessly, dragged around the streets and hills of Makkah by his neck, and subjected to long periods without food or water.   His owner Umayya ibn Khalaf reportedly, "would bring him out at the hottest part of the day and throw him on his back in the open valley and have a great rock put on his chest; then he would say to him, ‘You will stay here till you die or deny Muhammad and worship al-Lat and al-’Uzza".[1]  Bilal would not renounce Islam, and amidst his suffering he uttered only one word – Ahad (meaning One God).

After several years of economic boycott, abuse and torture, the new Muslims had no choice but to migrate to the city of Yathrib (Madina).  There the people were ready to welcome Prophet Muhammad as their secular and spiritual leader but leaving Makkah, especially en masse, proved problematic.  The Makkan leaders were already incensed that Prophet Muhammad had dared to question and alter their way of life.  Now, to walk away unpunished and unrepentant seemed to them to be the highest of insults.  This time also proved to be one where the companions of Prophet Muhammad demonstrated their devotion and love for him.  The Muslims began to migrate, and the polytheists spared no effort in hindering them.

A young man named Hubaib was hung from the gallows and asked to save his own life by saying he wished Prophet Muhammad was in his place.  He answered their request with great courage by saying, "Never! Not only would I not want him to take my place, I would not even want a thorn to prick his foot." One of the leaders of Makkah was heard to say, "I have never seen anyone in the world loved by his friends as much as Muhammad is loved by his companions."[2]

While many Muslims left under the cover of darkness, a man named Suhaib openly expressed his wish to migrate.  The Makkan leaders began to insult and dissuade him, even out rightly demanding that he stay in Makkah.  Suhaib, a wealthy man, offered them his entire fortune in exchange for the right to leave unhindered and this was eventually accepted.  These companions thought nothing of giving up everything that they owned in order to be with the man they loved and admired.  When Prophet Muhammad heard of Suhaib’s dilemma and what he did in order to migrate he said, "Suhaib has conducted a successful trade!"[3]

Soon the Makkan leaders laid siege to their own city trying to prevent the migration to Madina.  They kept a close eye on Prophet Muhammad’s house, knowing that while he remained in Makkah all was not lost.  On the night Prophet Muhammad decided to leave for Madina with his friend and confidante Abu Bakr, his young cousin Ali chose to stay in the house disguised as the Prophet.   Ali slept in Muhammad’s bed covered by Muhammad’s mantle.  Ali felt that he was protected by God because he was trying to protect God’s Messenger.  The men guarding the house had no idea that Prophet Muhammad had escaped their net.   However in the cold light of day Ali was interrogated to no avail about the whereabouts of the two fugitives.

This anecdote also serves to remind us that the women companions were no less devoted to Prophet Muhammad, may God praise him.  When no information was obtained from Ali as to the Prophet’s whereabouts they began to intimidate and physically abuse Asma, the daughter of Prophet Muhammad’s travelling companion Abu Bakr.  Apparently this young woman was severely slapped around the face and head.  But Asma was not deterred for she went on to smuggle food to the Prophet and her father while they were hiding in the caves outside Makkah.

All of Prophet Muhammad’s companions thought of him with love and affection; they were more devoted to him than they were to their own welfare and comfort.  The companions were concerned for his every need and committed their lives to him and the message of Islam.  If their commitment was mentioned they would reply by saying, "O Prophet of God you are dearer to us then our own mothers and fathers".

[1] Idols worshipped by the people of Mecca.