Description: A discussion on the basic qualities of a healthy mind and what it will enable a person to do as described in the Quran.  Part 1 discusses the first four points. 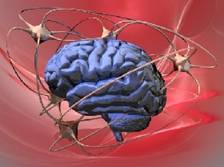 Mind and reason are an essential part of Islamic thought and legislation.  One could not exist without the other.  What exactly do we refer to when we talk about the mind? There are two kinds of reasoning by the mind that have been identified.

The first is intuitive reasoning that includes: the capacity to comprehend, make rational conclusions, form speech and behave sensibly.  The second kind of reasoning is acquired from our environment, such as the things we have been taught or become familiarized with.

I shall discuss intuitive reasoning for it is what God has granted to all, and it is what makes us accountable for our behavior.  One who does not possess a mind or has lost his mind cannot be fully responsible for what he does.

Often, a person will have a good mind, and then choose not to use it or restrain it from thinking logically when it comes to matters of religion and faith.  He will end up being one of the unfaithful and will be held accountable for his ignorance in religion.

"And it is not for any soul to believe, except by the leave of God, and He lays abomination on those who have no understanding." (Quran 10:100)

"Whoever Allah wishes to guide, He expands his chest to Islam, and whoever He wishes to leave astray, He makes his chest narrow and constricted as if he were climbing up to the sky.  So Allah lays abomination on those who do not believe." (Quran 6:125)

These two verses point out that one cannot possibly purify his heart unless he puts his mind to work, allowing faith and security into his heart.

The Quran refers to the mind in different ways depending on the nature of the task being dealt with:

1.    The mind is able to understand and process speech.

"Do you (Muslims) expect that they (Jews) will be believers, while some of them used to listen to the revelation of God (Torah), then intentionally tamper with it, while they understood it and knew it was the Truth?" (Quran 2:75).

"We have revealed it an Arabic Quran, that you may understand." (Quran 12:2)

The reason the Quran was revealed in Arabic was so that the minds of the people upon whom it was descended would be able to grasp it and appreciate its meanings.

2.    The mind is able to project coherent and non-conflicting thoughts.

"O people of earlier scripture! Why do you argue about Ibrahim, when the Torah and Injeel were not revealed until after him? Do you not have minds?"( Quran 3:65).

"And they did not attach the proper esteem to God when they said, ‘Allah has not revealed anything to any human.’  Say, ‘Who then sent down the Book which Moses brought as a light and as a guidance to people, which you divided into fragments, part of which you show to the people, and most of which you hide from them, and you were taught knowledge which neither you nor your fathers had possessed! Say, ‘It is God,’ then leave them to churn in their vain discourses."

The verse points that the Jews cannot claim to believe in the prophecy of Moses, and in the Torah, then go on to say that God did not reveal anything to any humans, because those are contradicting thoughts.

3.    The mind is able to understand proof and evidence of truth.

"He has set for you an analogy from your lives: Have you, among that which your right hands possess, partners in what We have bestowed on you sharing with you equally, and you fear them as you fear each other? Thus we make clear the signs for people who understand." (Quran 6:28) "Say, ‘If God had pleased, I would not have recited the Qur’an to you, nor would you have had any knowledge of it, indeed, I have already lived among you for a lifetime before it, do you not understand?" (Quran 10:16)

4.    Actions must correspond to words.

"Do you enjoin the performance of good deeds on the people and neglect it yourselves, while you read the Scriptures, do you not have any sense?" (Quran 2:44).

This verse is reprimanding the people, not for encouraging others to adhere to the way of God, for that is always a virtue.  The verse, however, is pointing out the contradiction of the people who are giving good advice but not taking it themselves.  In any case, how the giver of good advice behaves does not reduce the value of the advice, such as a smoker or an alcoholic warning his children against the harms of those behaviors.  It is far better than encouraging them to take on such harmful habits and better than not giving them any useful advice at all.  Still, it does not make much sense to recognize the value of behaving in a certain way, and encourage others to do so, while acting in an opposing manner.  For this reason, the good Prophet in the Surah of Hood (Chapter 11), verse 88 said,

"He answered, ‘My people, can you not see? What if I am acting on clear evidence from my Lord? He Himself has given me good provision: I do not want to do what I am forbidding you to do, I only want to put things right as far as I can.  I cannot succeed without God’s help: I trust in Him, and always turn to Him."

Description: A discussion on the basic qualities of a healthy mind and what it will enable a person to do as described in the Quran.  Part 2 discusses the remaining 6 points.

The mind enables the person to make intelligent choices about what is good for him and what is harmful and should be rejected.

"And the worldly life is no more but play and diversion, surely the last abode is better for those who are pious, then will you not understand?" (6:32).  "Surely We have revealed to you a Book in which is a message for you, will you then not understand?" (Quran 21:10)

6.    People of intellect are able to give up immediate, short-lived benefits in favor of eventually gaining more valuable, eternal joy.

"Whatever you have been given of things, they are only the worldly possessions of this life and its glitter, but that which is with God is better and everlasting.  Have you then no sense?" (28:10).  In other verses, there is no direct mention of sense, but it can be inferred that sensible people will be able to choose to wait for what is further away, yet more meaningful.  For example, "O you who believe, what is amiss with you, that when it is said to you, ‘March forth in the cause of God (to fight)’, you cling excessively to the earth.  Are you content with the life of this world, rather than the Hereafter? Yet joy on this world, compared to the Hereafter, is but little."(Quran 9:38)

7.    People of intellect are able to learn valuable lessons from the events of life.

In the Surah of al-Ankabut (Chapter 29) verse 35 tells us that the remains of the town of the people of Loot remained in order to remind people and teach them that rejecting the teachings of God and committing atrocities will always have regrettable consequences. "And we have left a clear sign of it for people who possess intellects." This is also referred to in verse 40 of Surah al-Furqan (Chapter 25), "And surely they must have passed by the town that was rained on by an evil rain, did they not see it? But they were hoping not to be raised again (from the graves)."

8.    The mind enables us to learn from the lessons of history.

"And We have not sent before you any but men from among the people of the towns.  We revealed to them.  Have they not traveled in the land, have they not seen how was the end of those before them? And the abode of the Hereafter is better for those who fear God.  Do you not then understand?" (Quran 12:109).

9.    The mind enables us to understand and appreciate the signs of the Creator, while here on earth.

"Surely in the creation of the heavens and the earth, in the disparity of the night and the day, in the ships that course in the sea with that which benefits people, in the water that God sends down from the sky, reviving with it the earth after it was barren, in His spreading in it all kinds of living things, in the changing of the winds and the subjected clouds between the heaven and the earth, indeed are signs for people who have understanding." (2:164).  "For you, God subjected the night and the day, and the sun and the moon, and the stars are in subjection to His command.  Surely in this are signs for people for people who understand." (Quran 16:12).

10.  Sensible people will know to treat others with respect, particularly in their dealings with the prophets.

Surah of al-Hujurat (Chapter 49) refers to people who harassed the Prophet, may God praise him: "Surely those who call out to you from behind the chambers, most of them do not possess minds."

The qualities of the mind discussed are fairly indisputable and it is accepted by most people that a person who lacks these qualities will be seen as unreasonable or lacking in various ways.  Thus the Quran has reminded us that certain behaviors are inconsistent with an intelligent and sound mind.

We must remember also that there are many verses of the Quran that do not specifically mention the mind; but indicate that thoughtful and reasonable people will be able to follow the way of God - making good use of their God-given gift: the mind.