Description: Christians view the Muslim God as distance, unapproachable, and impersonal.  The article compares the Christian Name of God, Abba to one of the most frequently used Name of God in the Quran, Rabb, extracting their meaning and usage.

Abba of the Bible 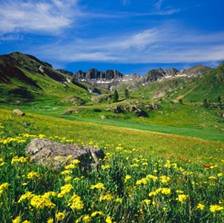 Christians refer to God as Father in their creeds, prayers, and liturgy.  God, the Father, is seen as one of the three persons of Trinity.  They believe that the Father has a Son, Jesus.  Christians think they alone have a personal relationship, both with the Father and the Son.  Abba is said to be the transliteration of the Aramaic word for father.  It is always used as a direct address to God the Father.  It appears three times in the entire NT and only once in a gospel.  In Mark 14:36 ("Abba, Father, all things are possible unto thee").  The other two occurrences are in the letters of Paul, in Rom 8:15 and Gal 4:6.

A great debate exists between Jewish and Christian writers about the nature of God as a father or abba (the Aramaic word for father).  The debate started with what a German Lutheran scholar, Joachim Jeremias, wrote in his book, "The Prayers of Jesus," translated by John Bowden.  His essential argument was repeated in slightly modified forms by most Christians.  Edward Schillebeeckx made it popular among Roman Catholics in his book, "Jesus."

What Jeremias basically stated was that, firstly, "abba" represents a special use by Jesus that was central to his teaching; second, that for Jesus it expressed a special kind of intimacy and tenderness deriving from the origin of the word ‘abba’ from baby talk; third, that it was distinct from the practice of Judaism.  His point was that Jesus referring to God as Abba is not derived from the OT or from his Palestinian Jewish background.  Instead it represents his unique relationship with the "Father." Therefore, some Christian writers went on to say that God can be referred to as ‘daddy,’ most saying it is too informal and lacks respects.  Interestingly, feminist Christian writers had a serious problem with the idea of God as a male and have written several critical books.

While most in contemporary Church simply repeat the above points and base popular theology on it,[1] it has been severely criticized.  Mary Rose D’Angelo highlights evidence against it in her article ‘Abba and "Father": Imperial Theology and the Jesus Traditions’[2] Several Jewish authors like Alon Goshen-Gottstein[3]  and Gerald Friedlander[4] have brought evidence that rabbis and Jews have used ‘abba’ to refer to God.

S.  Vernon McCasland of the University of Virginia wrote, ‘The expression "Abba, Father" occurs just three times in the New Testament…(it) presents a challenge because of the way it has defied the translators from the very beginning right up to our own day.  The following 27 translations which I have consulted illustrate the problem…Almost without exception it has been simply transliterated.  Yet Abba is not an English word, nor is it Latin, German, French, or Spanish; and no reader in most cases, unless he happens to be a Semitist, could do more than to make a vague guess as to what it means.  It strikes the uninformed reader like the unintelligible formula of some magical incantation.  Most of the translators have left it as it were charged with a deadly mana."[5]

Rabb of the Quran

When we turn to the Quran, it clarifies that neither God has a son nor is God a father.  Many a Christian when they hear this from me, they think we have no relationship with God because Christians relate to God in human terms of father and son.  They see Christians as having a ‘personal’ relationship with Jesus and the Father, but "Allah" seems like a distant being to them.

The Muslim relationship with God is expressed in Rabb, or more properly ar-Rabb, one of the most frequently repeated Names of God in the Quran, the Muslim scripture.  It is the most common Name with which God is invoked by prophets and the prayer’s of the pious.  The Name is clear in its meaning and beautifully captures the deep relationship with God.

Linguistically, according to by Ibn Faris[6] the ancient Arabs used the word rabb to mean:

·       Fixing what’s broken and maintaining it.  Rabb is the master, creator, and maintainer.

In the Quran, the word Rabb when applied to God means[7]:

1.     Rabb is the Master who has no equal, a Master who completely surrounds His creation with His gifts.[8]

2.     Rabb is the Nurturer of His creation, yet He is not their father.  Rabb nurtures His people, taking them from one phase of life to another, showering them with His blessings, and sustaining their lives all along.  Rabb provides His creation with their livelihood as He alone controls the treasures of the heavens and the earth.

3.     Rabb nurtures the hearts, souls, and the character of His loved ones.[9]  The prayers of the prophets and the pious in the Quran invoking the Name Rabb makes this meaning clear:

The Prayer of Abraham: "O my Rabb, grant me wisdom and join me with the righteous (enter me in their ranks)." (Quran 26:83)

Prayer of Adam and Eve: "O our Rabb, we have wronged ourselves and if You were not to forgive us we will certainly be of the losers." (Quran 7:23)

Lastly, the word ar-Rabb is repeated in the Quran as the Rabb of ‘all the worlds,’ ‘of everything,’ ‘of Moses and Aaron,’ ‘of the Great Throne,’ ‘of the heavens and the earth,’ and ‘of the East and the West.’

[3] See "God the Father in Rabbinic Judaism and Christianity: Transformed Background or Common Ground?" in Journal of Ecumenical Studies, 38:4, Spring 2001.

[4] See "The Jewish Sources Of The Sermon On The Mount" published by Kessinger Publishing, LLC (January 11, 2005).

[6] Abu al–Husayn Ahmad b.  Faris b.  Zakariyyah b.  Muhammad b.  Habib became known, in view of his expertise, as ‘lexicographer/linguist’ (al–Lughawi).  For the title of his book incorporating the concept of ‘Law of the Language’ he may be regarded as the ‘Father of Linguistics.’ He studied in Qazwin, gained prominence in Hamadan and died at Rayy in 395 H (1004/1005 CE).  The main contribution of Ibn Faris consists in his important works in the cognate areas of etymology, philology, lexicography and linguistics, such as