Description: All atheists are in fact polytheists. 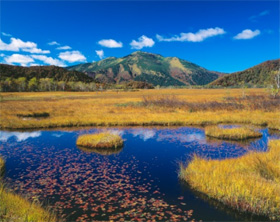 An atheist is said to be someone who denies the existence of the Creator.  This is a good definition, provided that we mean by it that the creator whose existence they deny is the only God of religion, the one true Creator.  Otherwise, atheists do believe in creators, albeit they do not recognize them under that appellation.  This is so because atheists, in their endeavor to find alternatives to God for explaining the existence of the temporal things we see around us, invent some imaginary entities and give them some of the essential attributes of God.

Thus materialistic atheists used to believe in matter as such a god.  But this matter-god of theirs is not the matter with which we are familiar in our daily life; it is something that is eternal and everlasting, hence the statement, which used to masquerade as a scientific fact, “matter is neither created nor destroyed.”  But when you ask them to point this eternal and everlasting matter you discover that they are only chasing a will-o’-the-wisp.  The matter that we can recognize and to which we can point is matter in the form of the large heavenly bodies, in the form of earthly physical things, and in the form of the constituents of these things: molecules, atoms, subatomic particles, photons, etc., none of which is eternal.  Atheistic materialists used to believe in an eternal matter behind all such material things which come and go, but the advent of the “big bang” theory shattered all hopes in the existence of such matter.  Scientists now believe that everything—matter, energy, even space and time—had a beginning.  In fact they speak about a moment of creation of all these things.

Another such imaginary god is Nature (with a capital N).  The nature with which we are familiar is the totality of natural things.  But when we are told that Nature does this or that, as atheists are prone to say, we find ourselves at a loss.  What is this Nature?  If it be the one we know, how can it cause or create itself?  But if it is something else, then we want to have proof of its existence.

The same applies to Evolution.  Now evolution, scientifically speaking, is “the gradual process by which the present diversity of plant and animal life arose from the earliest and most primary organisms…”  (Concise Science Dictionary)  But the Evolution of the atheists is not this process; rather it is the agent which brings about the process.  Only in this unscientific and imaginary sense can evolution take the place of God; otherwise, a believer who accepts the theory of evolution can easily reconcile it with his belief in God, by saying that that process is itself the work of the Creator.

There are, on the other hand, atheists who say in a misleading way that they believe in God; but on inspection, their god turns out to be the god of the atheists.  I am referring here to people like Einstein, who is said by some to have been a believer, but whose god was in fact not God the Creator in whom we all believe.  Einstein declared that he believed in “Spinoza’s god,” i.e. in a god that is identical with the universe, and who does not thus interfere from outside in its working.  “The man who is thoroughly convinced of the universal operation of the law of causation, “says Einstein, “cannot for a moment entertain the idea of a being who interferes in the course of events.” [Quoted by Hans Kung, Does God Exist?  Vantage Books, 1981, p. 629]

Thus all atheists are in fact polytheists, or mushriks.  A mushrik, according to Islam, is one who believes in a god or gods besides, or to the exclusion of, the one true God, or who worships such gods, even if he also worships the true God.  That perhaps is the reason why the Qur’an never talks about atheists, but only about mushriks (or polytheists).