Friday – The Best Day of the Week

Description: The significance of Friday in the life of a believer. 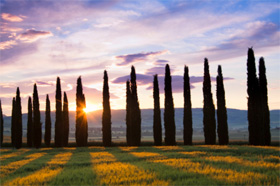 Friday is a very important day for Muslims.  It is more significant and more beneficial than any other day of the week.  It is the day that Muslims gather together to pray in congregation. Directly before the prayer they listen to a lecture designed to empower them with valuable knowledge about God, and the religion of Islam.  It is a blessed day that has been designated as such by God, Almighty; no other day of the week shares its virtues.

A believer’s entire life is one of worship; even celebrations are conducted as worship.  While there is no special place or special time to worship God, there are moments, days, or times that God has made more superior; Friday is one of those times.

From the traditions of Prophet Muhammad, may the mercy and blessings of God be upon him, we learn that “The best day in the sight of God is Friday, the day of congregation”.[1]  Congregational prayers (obligatory for men) are one of the most strongly emphasized duties in Islam.  It is a time when Muslims come together to worship One God, and  find strength and comfort by standing shoulder to shoulder and reaffirming their faith and devotion to Him.

“O you who believe! When the call to prayer is proclaimed on Friday hasten earnestly to the remembrance of God, and leave aside business.  That is best for you if you but knew.” (Quran 62:9)

In many predominantly Muslim countries Friday is a weekly holiday, sometimes combined with either Thursday or Saturday.  However there is no mandatory closing of businesses except during the time of the congregational prayer.  In western countries many Muslims try to take their lunch break during the time for prayer, usually in the very early afternoon.

Prophet Muhammad told his followers  that “The five daily prayers, and from one Friday prayer till the next, serves as an expiation for whatever sins have been committed between them, provided one does not commit any major sin.”[2]

It is important that a Muslim not neglect Friday Prayer due to work, study, or other worldly matters.  Believers should make attending this prayer a priority since ignoring it three times  in a row, with no valid reason, will cause a believer to stray from the straight  path.

While it is only men who are obliged to attend the Friday congregational prayer there are also many recommended acts that can be performed by men, women or children during this day.  These acts include, taking a bath and wearing clean clothes, saying numerous supplications to God, sending blessings upon Prophet Muhammad, and reading Chapter 18 of the Quran, which is entitled ‘The Cave’.

Prophet Muhammad, may the mercy and blessings of God be upon him, said, “There is no day more virtuous than Friday.  In it there is an hour in which no one will pray to God except that God will hear his prayer”.[3]

"Friday consists of twelve hours, one of which is the hour where supplications are granted for believers.  This hour is sought during the last hour after Asr (the third prayer in the day).[4]"

"Whoever recites ‘The Cave’ on Friday, God will give him a light to the next Friday."[5]

Friday is also the day on which one of the greatest verses in the Quran was revealed.

“This day, I have perfected your religion for you, completed My Favor upon you, and have chosen Islam as your religion.” (Quran 5:3)

A story from the life of the second Caliph Omar, illustrates the significance of Friday.   A learned person from among the Jews said to Omar Ibn Al Khattab “In the Quran you people read a certain verse; if that verse had been revealed to us, we would have celebrated that day annually.” Omar asked, “Which verse is that?”  The man replied, “This day, I have perfected your religion for you’.  Omar then said, “Verily I remember the day and the place where this verse was revealed.   It was already a double celebration for us.  Firstly it was Friday-a day of Eid (celebration) for all Muslims and secondly, it was the day of Arafat – the most important day of the Hajj.” Omar further stated that this verse was revealed after Asr (afternoon prayer) while Prophet Muhammad was sitting on his camel.

Friday is a special day; the congregational prayer performed on this day holds special significance in the life of a Muslim.  This is well noted and discussed by Islamic scholars both past and present.  Thirteenth century Islamic scholar Ibn Taymiyyah said: “The most excellent day of the week is Friday according to the consensus of scholars” [7]  and his student Ibnul -Qayyim mentions 32 special characteristics of Friday in his book Zad Al- Ma’ad.   Prophet Muhammad said “Verily, this is the Eid day (day of celebration) that God has prescribed for the Muslims”[8].  Believers would be wise to take advantage of the blessings God sends down to His slaves on Friday.  This is a day of congregation, a day of celebration and a day of contemplation and supplication.

this was a very good story i would like to read more it is very interesting because i am a muslim girl and i am just 13 years old.

Masha Allah that was amazing

I LIKE IT VERY MUCH BECAUSE IT IS A GOOD ARTICLE. Allah bless you.

Alhamdulillahi that I was born in Islam and to be a Muslim is a very great gift from ALLAH(SWA). And give me opportunity to know more about Friday. Jazahkumullahu khira for this lesson