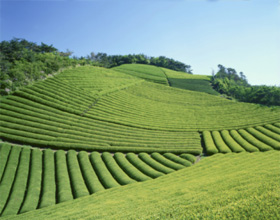 When my friends learnt that I would be going to the Gulf, I was deluged with advice.  I was told that I would find nothing to do in Saudi Arabia, and would feel hedged in.  I was warned that I would be cheated and treated like a slave.  The culture would not be conducive, and I would be bored to tears.  However, I knew this was my way out, so, like I always do when I go to a new place, a culture different from my own, I tried to offload my cultural prejudices and intended to test the society I would be part of on its merits.

I was pleasantly surprised on arrival to note the general friendliness I met with from Saudis.  Instead of the proud aloofness, shady ethics and touchy honour I expected, I was greeted with warmth, curiosity and open doors.  My hosts went out of their way to please me, a stranger in their land.  Not that I didn’t meet with a fair share of hypocrisy.  The foreigners from Pakistan, Bangladesh and other Far Eastern countries were seriously exploited, and unfairly treated, in my eyes, by the Arab majority.  But I saw none of that condescension when they applied their society to me.  However, it was not their culture or society that attracted me to Islam.  In fact, if I were to judge Islam by the culture, I would have stepped in the opposite direction, I think.  It was another thing.

The impetus or catalyst that changed me from vaguely religious to fully submissive to God started with a seemingly innocuous event.  Stepping out onto Saudi Arabian soil early in the morning for just the second time (in 24 hours) at Ha’il Airport, a small, hick aerodrome rather than fully fledged passenger terminus, I was confronted by a big green sign with the words “The Ha’il Islamic Propagation and Guidance Office”, followed by the office phone number, in English.  I remember being surprised the sign was in English, but I didn’t take much more conscious notice of it than that.

The University pick-up arrived and took me to the College, where I had to check in my passport and fill in an arrival form.  Then I was sent to the head of the English Department.  When I entered his office, I was confronted with a man in Saudi dress.  But he did not look like an Arab, to my untrained eye.  He must have felt a bit uncomfortable having me stare at him, trying to figure out his origins, but he handled it well.  Later, I was to find out he was Welsh and had converted in Brunei before he came to Saudi Arabia.  He told me that I had the rest of the week to settle in, which meant I had five days before I officially started teaching.  I was sent back to the man in charge of personnel reception and housing, who took me in the pick-up to choose my digs.  I soon settled in, and found I had nothing to do and four days to do it in.  Then, with the memory of the strange looking ‘non-Arab Saudi’ still in my mind’s eye, I remembered the sign in English and began to think of the religion of the country.

Now, I knew of the Bible[1] and that the Torah[2] was part of it.  I had read some of the Book of the Hindus, the Bhagwad Gita[3], and also read not scriptures, but practical books for other religions and non-religious theories about religion.  However, I had never read the Talmud[4], nor had I read any of the Book of the Muslims, which I knew was called the Quran[5].  Somehow I had always had the impression that these two books were ‘off limits’ to non-Jews and non-Muslims.  And I had thought they were exclusively in the Semitic languages, which I didn’t know.  However, the sign in English pushed the thought into my mind that perhaps I could find an English translation of the Arabic Quran at the institute it advertised.  Perhaps this would be the opportunity to read it and judge the source of the religion for myself.

I immediately set off for the centre of town to look for the place.  The centre of Ha’il had a six storey office block which they called Al-Bourj, which means “the tower”, the only ‘high rise’ building in town.  The road I walked down went straight past it, leaving it on the left, ending in the down town shopping souk.  On the right side of the road opposite the bourj, was the vegetable market, which I later learned doubled as an execution ground.  Where my road and the high-street crossed at the bourj, I found the same sign I had seen at the airport.   It was conveniently written in a direction sign with the pointed end pointing diagonally across the street, but as hard as I looked at the shop fronts, all in Arabic lettering which I was unable to read, I was unable to locate my goal.  The shops were all shut, it being the afternoon, so I couldn’t even make enquiries.  I had no idea when the shops would open again, so I decided to go to my new home, buy some supplies in, rest up and try again the in the morning.

The next day was Tuesday, and I went into town again as soon as I had breakfast.  On the way, I passed several bookstores, and mindful how difficult it had been to find the propagation office, I stopped in every one.  None of them had any books in English, let alone the Quran, and, as far as I could make out, they directed me onward towards the bourj.  This time I took station directly under the sign and waited until a policeman came by on a motorbike.  As he passed by, on the other side of the road, I waved at him madly.  He swept into the crossroads and made a left, stopping his bike at the start of the vegetable market.  I called him over, and by dint of gesticulation and pointing at the sign, managed to convey I wanted to know where it was.  He pointed across the road and, when I still couldn’t spot it, to the roof of a house where a copy of the sign I had seen at the airport was placed.  How stupid I felt.  I had strained my eyes at the signs above the shop fronts, and the place had been staring me in the face! At last I had my target, and I went over to the shops below it, finding a bookshop full of people from all over south-east Asia and Oceania.  I took it to be the bookshop belonging to the centre.

As I said before, the bookshop was full of people, and books in many different languages, but I was too shy to ask anything lest I be misunderstood; I couldn’t speak any of their languages.  Glancing through the shelves, I could see no thick tomes, and all the titles in English seemed to be about Jesus or explanations of particular religious areas.  I noticed that there were some stairs at the back next to the shop counter, leading up to the next floor.  The Policeman had indicated the offices of the Guidance Centre were upstairs, so, on the vague hope I may come across a reading room, or something, I climbed the stairs at the back of the bookshop, smiling hard at the people behind the counter in lieu of speaking because of being so self-consciously tongue-tied.

At the top of the stairs was a huge empty room that looked like a meeting hall.  Adjoining it, I found a room that had a huge table in its centre and shelves all around, but only a very, very few, battered books – perhaps that reading room I had hoped for.  Unfortunately, the books were all in a foreign language, or languages – foreign lettering I could not make head or tail of.  I began to despair of locating what I wanted on my own, or getting what I wanted in a land that could speak my language.   Luckily, one of the office staff found me and asked me what I wanted, or what I was doing there, or something of that nature (he was speaking in his language, which I could not understand).  I replied in English, telling him I was looking for a copy of the Quran to read.  He indicated that I should to wait, because he was going to fetch someone.  So I waited; perhaps a solution was about to come my way.

A tall, handsome bearded man came into the room I was waiting in.  I was to know him later on as Brother Abu Abdurrahman, my teacher and mentor, but at the time, he was just another ‘Saudi’ who might be able to help me get what I wanted.  He asked me in English what I wanted, and I told him I wanted to read the Quran.

“I want to compare it to the Bible.” I replied.

“Do you want to know about Islam?”

“Why don’t you read this pamphlet?” He said, showing me a pamphlet that said ‘Who is God?’ I didn’t really want to know the Muslim view of theology or religion.  That wasn’t what I was after.  I wanted to look at their scripture, to see if it compared to what was in the Bible.

“Really? It is better if you learn more about the religion before,” he wheedled.

“I’m not interested in the religion, per say,” I said, trying not to offend, “I just want to read their book.”

“I’m not playing,” I said.  “I am seriously interested in what it says.”