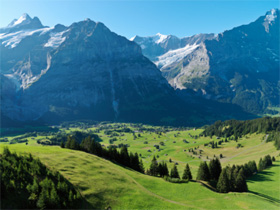 “Finally, you must believe in predestination, which means ‘fate’. That is, all that befalls you in the mundane world is by Allah’s Will. If you like it, then say ‘Praise be to Allah’. And if you dislike it, it is a test or punishment from Him. Again you should say ‘Praise be to Allah’, and repent and correct what you are doing wrong. Above all, you should have patience, and hope for what is better, just round the corner.”

This last was a bit beyond my understanding, and is quite difficult to grasp. Even the companions asked the Prophet, “Why should we bother to work, if we cannot avoid our fate? Should we stop doing works and trust in Allah?”

Even though I was not clear on the last point, I was on the first five points of the creed, and both David and John also did not demur. Each one of us I told him “I am ready.”

He took each of our avowals separately. When it came to my turn, he said, “repeat after me.”

The Purifying Bath and a New Life

He explained that anyone who avowed the testimonies not only became a Muslim, but Allah promised them Paradise, even if their deeds were few. Then he said, “Now you should bathe yourself and make your first Formal Prayer, which will be the noon prayer followed by the mid-afternoon prayer. Yusuf will show you how.”

Even before we learnt how to make ablution, the brothers came up and hugged us, grins and congratulations being poured on each one of us. Then I heard a question I would hear often, so often I thought it was a necessary part of embracing Islam. “What name are you going to take, now you are Muslim?”

“Why should we take another name?”

“You are starting life anew, like a new born baby. You are only one minute old!”

Well, I hadn’t decided, because I hadn’t thought about it. However, when it came to the certificate, I did choose – and action that I regretted later. David and John kept their names, simply translated them into Arabic for their Muslim nicknames, Dawoud and Yahyah. I just delayed my decision.

It was still daylight, but nearly half past three in the afternoon. Yusuf was a Chinese propagator, one of the acolytes of the centre. He showed us how to make ablution in the public ablution trench explaining each part. It was both clearer and more regulation bound than how the orphans had shown me.

After I finished relieving myself, I should take a bath. The bath would be my purification, which would purify me and signal my entry into Islam, and prepare me for my combined afternoon prayers. I suppose that it is much like the baptism that John the Baptist insisted his followers should take if they were to follow him and the religion he preached. No formal brushing of the head with ‘holy water’ as a sign of being born into Christianity, this, but full immersion in flowing water submitted to voluntarily by adult people who had chosen their religion. I, too, would have to wet all my body, but not by immersion in a stream or river; there aren’t any in Saudi Arabia. What I was required to do consisted of four basic stages.  I would have to wash my private parts thoroughly and then make ablution again, wash my body with a basin of water starting on the right, and finally pour a jug full of water over my head, making sure every crevice of my body received a douche of water. I did what he told me to do and came out for my first experience of being a practicing Muslim.

Yusuf called us over and told us he would show us what we should do. Then he said he would lead us in the Prayer as it was our first time.

The direction of prayer for the Formal Prayer is facing Mecca, where the Kaaba is, and consists of standing with hands folded on the chest, bowing (once within one unit of prayer), prostrating (which is done twice) and sitting on one’s feet (done between pairs of prayer units and between prostrations and at the end of the Prayer). The outline of the Formal Prayer I learned and the recitals, invocations and supplications needed in the Prayer are reproduced in a separate article on Purification and Prayer.

The story of my adopting Islam as my religion finished with this first formal prayer. However, many trials and tribulations followed, but these are another story.  If you also feel you must embrace Islam, remember – Islam is the spiritual refuge, the surety of Allah’s support. It is also the beginning of many tests, for Allah makes life a constant test for believers. Your problems in this world will not go away automatically, but they will melt away one by one with Allah’s help. So submit, and be patient, and Allah will make you one who He rewards twice. My favourite verses in the Quran are from The Stories (Al Qasas), in the 28th Chapter, verses 51-55.

“Indeed now We have conveyed the Word to them, so they may remember. Those who to whom we gave the Scripture before it, believe in it, and when it is recited to them say, “We believe in it. Verily, it is the Truth from our Lord. Indeed, even before it we were Muslims.” These will be given their reward twice over because they are patient and repel evil with good; and they spend (in charity) out of what we provided them. And when they hear vain foul language, they withdraw from it and say, “To us our deeds, and to you your deeds; Peace be unto you! We seek not (the way or company of) the ignorant.”