Description: What is the spiritual path in Islam and what is its place in the life as a whole? 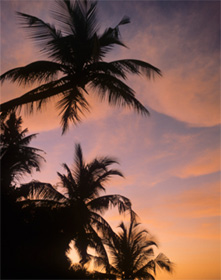 To answer this it is necessary to study carefully the difference between the Islamic concept of spirituality and that of other religions and ideologies. Without a clear understanding of this difference it often happens that, when talking about the spirituality in Islam, many of the vague notions associated with the word ‘spiritual’ unconsciously come to mind; it then becomes difficult for one to comprehend that this spirituality of Islam not only transcends the dualism of spirit and matter but is the nucleus of its integrated and unified concept of life.

The idea which has influenced most the climate of philosophical and religious thought is that body and soul are mutually antagonistic, and can develop only at each other’s expense. For the soul, the body is a prison and the activities of daily life are the shackles which keep it in bondage and arrest its growth. This has inevitably led to the universe being divided into the spiritual and the secular.

Those who chose the secular path were convinced that they could not meet the demands of spirituality, and thus they led highly material and hedonistic lives. All spheres of worldly activity, whether social, political, economic or cultural, were deprived of the light of spirituality; injustice and tyranny were the result.

Conversely, those who wanted to tread the path of spiritual excellence came to see themselves as ‘noble outcasts’ from the world. They believed that it was impossible for spiritual growth to be compatible with a ‘normal’ life. In their view physical self-denial and mortification of the flesh were necessary for the development and perfection of the spirit. They invented spiritual exercises and ascetic practices which killed physical desires and dulled the body’s senses. They regarded forests, mountains and other solitary places as ideal for spiritual development because the hustle and bustle of life would interfere with their meditations. They could not conceive of spiritual development except through withdrawal from the world.

This conflict of body and soul resulted in the evolution of two different ideals for the perfection of man. One was that man should be surrounded by all possible material comforts and regards himself as nothing but an animal. Men learnt to fly like birds, swim like fish, run like horses and even terrorize and destroy like wolves but they did not learn how to live like noble human beings. The other was that the senses should be not only subdued and conquered but extra-sensory powers awakened and the limitations of the sensory world done away with. With these new conquests men would be able to hear distant voices like powerful wireless sets, see remote objects as one does with a telescope, and develop powers through which the mere touch of their hand or a passing glance would heal the un-healable.

The Islamic viewpoint differs radically from these approaches. According to Islam, God has appointed the human soul as His Khalifah (vicegerent) in this world. He has invested it with a certain authority, and given it certain responsibilities and obligations for the fulfillment of which He has endowed it with the best and most suitable physical frame. The body has been created with the sole object of allowing the soul to use it in the exercise of its authority and the fulfillment of its duties and responsibilities. The body is not a prison for the soul, but its workshop or factory; and if the soul is to grow and develop, it is only through this workshop. Consequently, this world is not a place of punishment in which the human soul unfortunately finds itself, but a field in which God has sent it to work and do its duty towards Him.

Therefore spiritual development should not take the form of a man turning away from this workshop and retreating into a corner. Rather, man should live and work in it, and give the best account of himself that he can. It is in the nature of an examination for him; every aspect and sphere of life is, as it were, a question paper: the home, the family, the neighborhood, the society, the market-place, the office, the factory, the school, the law courts, the police station, the parliament, the peace conference and the battlefield, all represent question papers which man has been called upon to answer. If he leaves most of the answer-book blank, he is bound to fail the examination. Success and development are only possible if man devotes his whole life to this examination and attempts to answer all the question papers he can.

Islam rejects and condemns the ascetic view of life, and proposes a set of methods and processes for the spiritual development of man, not outside this world but inside it. The real place for the growth of the spirit is in the midst of life and not in solitary places of spiritual hibernation.

We shall now discuss how Islam judges the development or decay of the soul. In his capacity as the vicegerent (Khalifah) of God, man is answerable to Him for all his activities. It is his duty to use all the powers which he has been given in accordance with the Divine will. He should utilize to the fullest extent all the faculties and potentialities bestowed upon him for seeking God’s approval. In his dealings with other people he should behave in such a way as to try to please God. In brief, all his energies should be directed towards regulating the affairs of this world in the way in which God wants them to be regulated. The better a man does this, with a sense of responsibility, obedience and humility, and with the object of seeking the pleasure of the Lord, the nearer will he be to God. In Islam, spiritual development is synonymous with nearness to God. Similarly, he will not be able to get near to God if he is lazy and disobedient. And distance from God signifies, in Islam, the spiritual fall and decay of man.

From the Islamic point of view, therefore, the sphere of activity of the religious man and the secular man is the same. Not only will both work in the same spheres; the religious man will work with greater enthusiasm than the secular man. The man of religion will be as active as the man of the world indeed, more active in his domestic and social life, which extends from the confines of the household to the market square, and even to international conferences.

What will distinguish their actions will be the nature of their relationship with God and the aims behind their actions. Whatever a religious man does, will be done with the feeling that he is answerable to God, that he must try to secure Divine pleasure, that his actions must be in accordance with God’s laws. A secular person will be indifferent towards God and will be guided in his actions only by his personal motives. This difference makes the whole of the material life of a man of religion a totally spiritual venture, and the whole of the life of a secular person an existence devoid of the spark of spirituality.

All in all it is a very nice view on the human because being too spiritual and not wanting the world is difficult.. But good actions in the world are hard, but definetely possible, so we should try to make this world a better place! Peace&Love&Light Souzan

Truly, a great explanation of spirituality in Islam.

May the Almighty Allah bless you all

nice essay. It added my knowledge